OT: anOSU files to trademark the word "the"

The school, formally known as The Ohio State University, is seeking a trademark on the word "The" for use on clothing and hats. According to the U.S. Patent and Trademark Office, the filing was made Thursday.

University spokesman Chris Davey confirmed the school had made a trademark submission, saying it was necessary to protect the brand.

For use on articles of clothing?

Would this mean THE Key Play would be in trouble?

Haha, talk about a fan base full of themselves

don't you mean a fanbase full of mselves~an anOSU fan

I feel like this has been tried before by others...

That's because it has. (Or at least something similar.)

Except that's the Onion.

Like this other Onion article, one of my favorites:

THE jackwagons out there in Columbus can take the word THE. We should claim "....and State University". More words - we win.

I feel like this is destined to fail. Will it be a stylized instance of "the?" Otherwise it's got to get shot down because it is not specific enough.

There was an article about this from Slate.

the U.S. Patent and Trademark Office may only require an applicant prove acquired distinctiveness if the mark is merely descriptive of the goods or services. Common words or phases that are NOT merely descriptive of the goods or services are registrable without the need to prove the mark has acquired distinctiveness. For example, there is a well-known company that chose the word "apple" as a mark for the sale of computers. "Apple" is of course a common word. However, when used in connection with the sale of computers it is highly unique and even arbitrary. Apple Computer Co. was not required to show that their mark had a distinctive secondary meaning apart from the original meaning.

The interesting thing here is that I don't think this fits either. There's nothing distinctive and it's not exactly unique (i.e. "The U" might argue that they have similar rights and "the" is not specific to OSU or their brands because, by its nature as an article of speech, it is ubiquitous).

I'm no lawyer, but this is lame as hell and I'll be amazed if the trademark is approved/granted/whatever they do for trademark requests.

Someone that went to OSU told me that THE is an acronym. I can't remember what for could have been Tradition Honor Excellence. Though I'm not sure if even that would meet the standards.

OSU literally maintains that their academics are on par with the Ivies. Not sure the feeling is mutual. It's amazing how much OSU believes they are the center of the universe. One of the top obnoxious fan bases.

I would say OSU and UVA have the two most arrogant fanbases in the country.

OSU is more obnoxious because they are, you know, actually good.

Have you ever been to a game at UGA on conversed with their fans?

I'm sure trademarking "Tradition honors excellence" would work just fine then. But trying to trademark "the," which would create trademark issues all over the place, seems absurd. Maybe just me.

But thanks for that information - I wasn't aware and that at least makes a little more sense.

Also highlights the pretentiousness of that crowd.

Also I quickly googled it and didn't find that actually anywhere being claimed by the university but a few mentions here and there around the internet like one of those silly things you get told during freshman orientation.

But yeah trademarking the actual words if this was the case would likely go much better.

Bellichick "patented" Do Your Job... because he was the first person on earth to say those words.

I thought I read they only trademarked the stylized wordmark, and not the word itself.

This would make more sense.

Why they will forever be ANosu

My wife is from Columbus area and whole family is die hard anOSU. I think ever she would roll her eyes at this.

My reaction to all things anOSU

I think the title should be "anOSU to waste the trademark offices time and money". 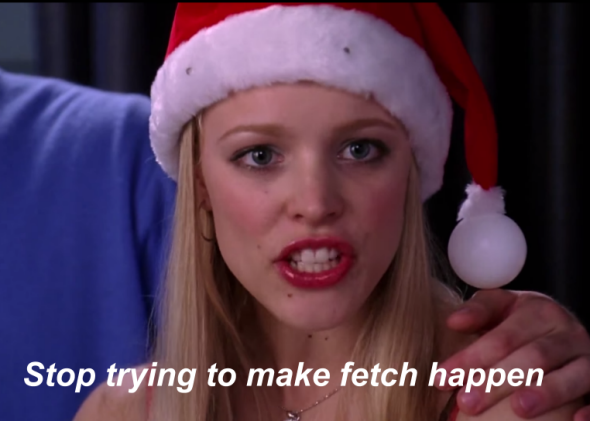 Trademarks take a while. Manufacture your off shore knock off junk ASAP!

To their credit, even anOSU locals here think this is dumb as hell. Seems to be coming more from THE(TM) university side more than from athletics.

If they actually trademark "the", we should trademark "WIN". Which as we all know stands for What's Important Now. as you can see, it's a standard character mark, which means it is not claiming any design element, but just the word "the" in any format.

We're laughing at them, not with them.

JUST IN: The US Patent & Trademark Office has issued an initial decision on Ohio State's attempt to trademark the word "THE." They have refused the application.— Darren Rovell (@darrenrovell) September 11, 2019

Reminds of LeBron recently trying to trademark "Taco Tuesday", a phrase that was popular long before he was.

That's ridiculous! "Taco Tuesday" is for the people.

Granted I didn't look to close at LeBron's trademark, but if he filed a supplemental trademark, he might get it. AKA he could trademark it for things other than food services. 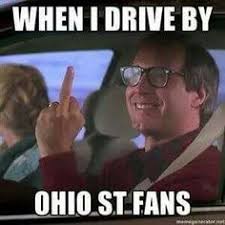