Dont' know if a whole thread is needed but thought I'd throw it out there. Perhaps some in game commentary as we watch one of the great games.

The opening kickoff is pretty exciting.

Pat Narduzzi has entered the chat 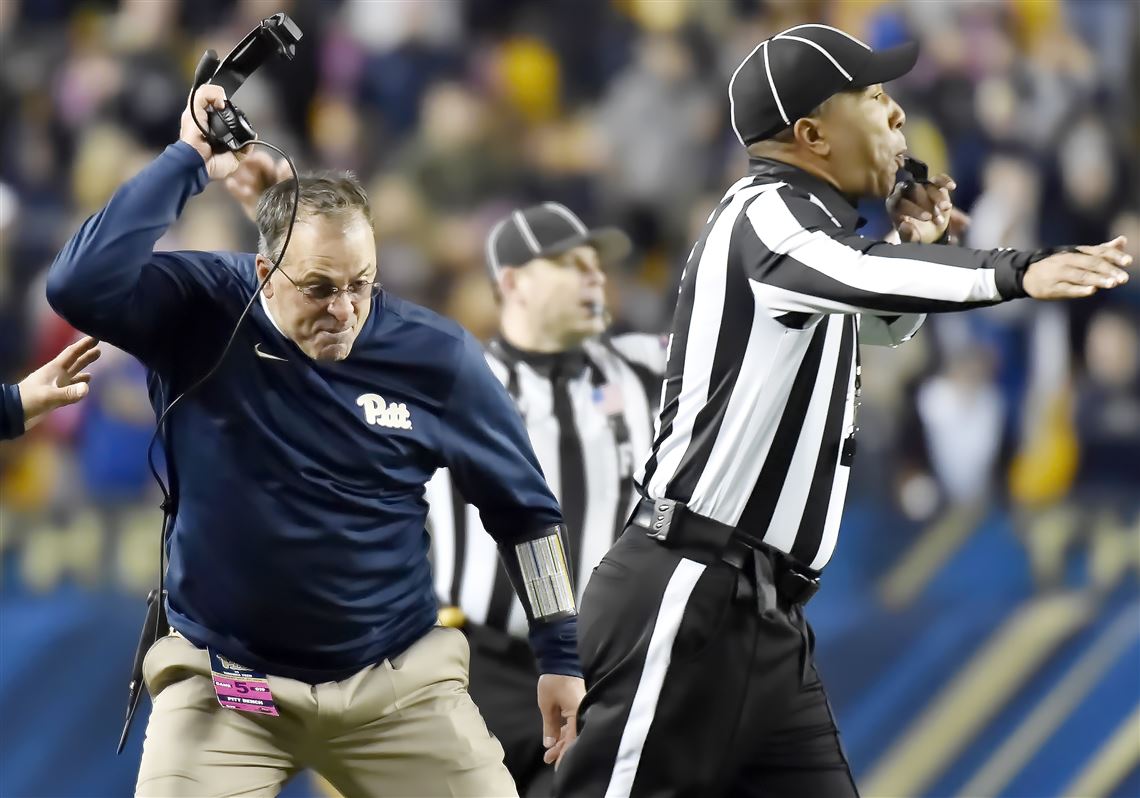 That's pure anger on Narduzzis part. the way Pelini threw his headset in complete disgust was just so poetic.

It was so silent in lane when Tyrod threw up that pass to Danny that you would've thought all the air got sucked out of the stadium. The pandemonium that ensued when he came down with the ball was indescribable

Back to back badass, legendary games at home that year and the one game I made it to was the Carolina game. 🤦‍♂️ i was carving my pumpkin during that UNC game and quickly wanted to smash it.

Man I miss Ryan MF Williams so much. It's so disappointing that he caught the injury bug in the NFL, all of which were particularly bad for a RB to sustain. He won the starting job 2 or 3 times only to get hurt again each time.

edit: Xavier Boyce was a promising young WR who is easy to forget. Disappeared after flashing a few times in 2008 and 2009. Ended up with some legal trouble and finished school at Norfolk State.

edit2: Zach Luckett was an excellent special teams player. Incredible in kick and punt coverage. Unheralded guy who hit like a truck. Nice to see him on screen again. I remember he had some incredible plays in kick coverage in his 2007 freshman season.

edit3: Around 11:25 in the 2nd quarter they started a lengthy discussion about Boykin's 3XL gloves and bursting the seams, complete with a picture of Holly Rowe putting her hand up to his.

edit4: Goodness Jason Worilds. Insane edge rush with speed and bend. Had a play where he got caught flat footed and let Helu Jr. get outside of him and still managed to catch back up and tackled him for only a 3 yard gain. Crazy athlete. We needed him so bad in 2010, but can't blame a guy for taking that NFL money.

edit5: I feel so bad for our interior OL (this team had a strong interior, too) and Tyrod in this game. Suh was an absolute animal.

I was really excited about Luckett. I believe he was the fifth receiver behind Royal, Morgan, Harper, and Hyman in 2007. I think he got into some trouble and had to miss the 2008 season but came back and was excellent on special teams after that.

For some reason I think he may have caught a 2pt conversion in 2007.

He did, against Florida State.

I remember when we recruited Zack Luckett, that guy was one hell of an athlete. I wonder why he couldn't find a place on the field (defense I think). But you're right, one heck of a special teams player.

He was supposed to be the next great receiver but got into some trouble with drinking I believe and lost an entire year.

It's about time the ACCN played some good Tech games.

True, but too bad the ACCN skipped our 2nd scoring drive for a FG to go up 10-9. Would have liked to see William's runs on that drive. However, they cover every Nebraska FG drive.

Need to get something going on the ground this half. We've been dead since the first drive.

On the plus side, Zac Lee's leading receiver is either a cheerleader, a photographer or a fan right now.

Fun fact for those who watched the most recent season of Last Chance U: Zac Lee played at Laney's big rival, City of San Francisco college or whatever.

Nebraska really Pelini'd their last possession of the third quarter. I forgot just how close they were to scoring there.

I forgot how much this game was just a heaping pile of steaming, hot garbage until Tyrod hit Danny Coale on that long pass. This is painful to watch.

It was horrendous. The wife and I watched this again tonight. When we watched it live we did so in Austin as it was the game before the UT and Texas Tech game that day. She and all of her friends are UT grads and I had to listen to all of them, at our table in that bar just be mystified at the depths of our offensive ineptitude.

If we had lost that game, there would have been a lot of pressure on Beamer to make some moves. The offense was inept against Alabama as well.

By the end of the season our offensive efficiency numbers were solid, but I agree with this point.

Of course hindsight is 20/20 but that Nebraska team would shut just about every other offense down they faced - Texas Tech is the only team to really have success I. Scoring on them. They also put together an even better game of defensive insanity against an undefeated Texas team in the Big 12 championship.
Held UT to 202 total yards that night. Colt McCoy had 186 yds passing, 3 int and a qbr of 50.5. A few weeks prior they shutdown OU 10-3. They completely dominated and shutout a good Arizona (#22) team in their bowl game 33-0, held them to 109 yards and 6 1st downs.
That Nebraska team and that defense was something special. They just never could muster up an offense to add to it.

They also lost to Texas because they put a second back on the clock after Colt McCoy threw the ball away. If the roles are reversed I can't imagine they let Nebraska knock undefeated Texas out of the title game that way.

That Nebraska team and that defense was something special. They just never could muster up an offense to add to it.

Yeah, I think we've been there In that same boat a time or 22.

Jake Johnson is one of those guys I forget about until I see a replay of an old game and see him. Dude, for better or worse, had an edge to him...I liked him.

How we didn't quite capitalize on that talent is befuddling and saddening. Also, one has to wonder if Nebraska could've pulled off that game (or the 08 game) if they'd be in a different place (probably not...but who knows).

How we didn't quite capitalize on that talent is befuddling and saddening.

We did. We won the ACC the following year. I can only imagine what would have been if we got the TD instead of settling for 3 against Boise.

The next year, we only lost to Clemson. We got a Sugar Bowl invite, and Danny Coale caught it.

Thanks for the headsup- that was SO worth watching again! And now they're running the VT-WVU game at Fedex!

Sadly that was the best part of the 2017 season for us. Unless of course you reallllyyyyy hate UNC.

Unless of course you reallllyyyyy hate UNC

I mean who doesn't?

Just drip an IV of these two games into my veins. Please and thank you.

To clarify, I'm not saying there weren't other great moments in 2017, like the Pitt goal line stand for example. Just that the WVU was the "high point" so to say of that season as the back half of our schedule was marred by injuries and offensive ineptitude.

I just fucking hate WVU and enjoy beating UNC that much.

I thoroughly enjoyed watching that WVU game. In case anyone on this sight hasn't noticed, I hate those guys.

I wanted to tune into Nebraska but figured they would show intros, commercial, then due to time constraints advance straight to the 4th quarter. And I have seen the final drive hundreds of times.

I have always loved the 3 back offset I goalline formation where the offset back goes in motion across the formation. It seemed like we scored every time we ran the play.