Looseballs -The History of the ABA by Terry Pluto
Cobb by Al Stump
Instant Replay by Jerry Kramer
Satchel: The Life and Times of an American Legend by Larry Tye
Losing the Edge by Barry Meisel
The Game by Ken Dryden
BadAsses by Peter Richmond
Among the Thugs by Bill Buford (a book about soccer hooliganism)
The Last Good Season by Michael Shapiro
The Bad Guys Won by Jeff Pearlman
The Bronx is Burning (although the non-baseball sections were the best reads)

As a high schooler, I loved Bill Walsh's "Building a Champion"

Friday Night Lights and Shoeless Joe are good. I read both of those after seeing the movies. I'm never disappointed if I read the book after the movie... but the other way around disappointment usually abounds.

+1 for Instant Replay by Jerry Kramer.

Great read and many funny anecdotes about Vince Lombardi, Bart Starr and the gang.
(Including our own Hokie Carroll Dale)

Heaven is a Playground by Rick Telander

HA! I thought French was asking about this very thing the first time I read it...Reading Is Fundamental

This is where my head went too.

Rammer Jammer Yellow Hammer by Warren St. John. He embeds with a bunch of bama fans who use RVs to travel to every game. It's more about the sociology of being a fan than anything else. It's a fantastic read I recommend it to any college football (or sports) fan.

The cost of these dreams by Wright Thompson. Really good collection of short to medium length stories about different sports legends (MJ, Tiger, Urban Meyer) or events (Katrina's impact on New Orleans and the Saints, integration at Ole Miss).

Wright Thompson is a great writer. He has another book coming out in November about Pappy Van Winkle.

Maybe not relevant to grown adults, but does anyone remember Matt Christopher? I used to love his books when I was a kid.

The Fight, Norman Mailer (first hand account of Ali vs Foreman in the Rumble in the Jungle. Wright Thompson's favorite sports book. It's great, reads like fiction even though it's biography.)

I'm a basketball nerd, so I love The Jordan Rules (inside look at the Bulls first title), :07 Seconds or Less (follows the Phoenix Suns in '05-06, it's very niche but super fun), Loose Balls (ABA book French mentioned) and Book of Basketball (if you can stand Simmons).

I've also heard that Breaks of the Game may be the best sports book ever written (Halberstam on the '77 Blazers, it won a pulitzer and whatnot), but haven't gotten there yet.

I really haven't read many sports books as an adult.

But as a kid, I loved baseball-related stories, namely:

Sunday Money by Jeff MacGregor is great, even if you're not a hardcore NASCAR fan.

Also, it's been mentioned above but Friday Night Lights is fantastic, even if the author is an asshole.

Surprised I haven't seen Three and Out on here, since it's about everybody's #1 VT head coaching candidate should CJF ever leave

For that matter, there are these two sports comedy classics: 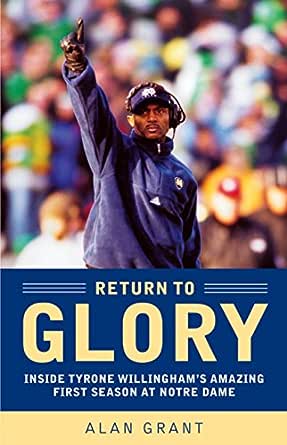 Moneyball by Michael Lewis was a great read. Read it well before the movie came out but still managed to enjoy the movie

Yea, It's a Hokie Game Day!

Has anyone read Andy Bitter's book "100 Things Virginia Tech Fans Should Know & Do Before They Die"?