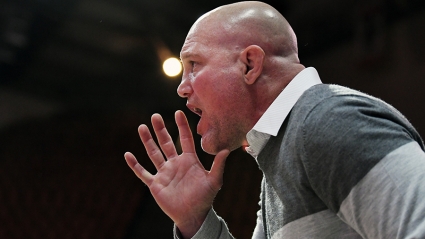 A look at the Head Hokie, how he's helped build Virginia Tech wrestling, and what's next for the program. 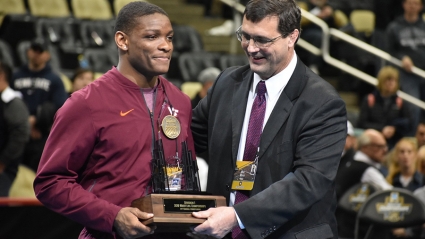 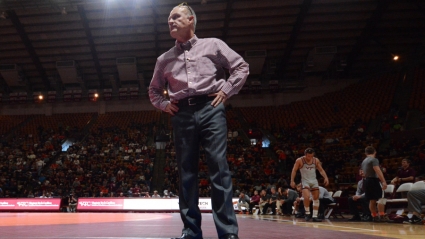 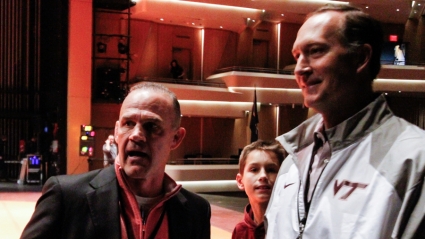 A bit of clarity emerges on the Dresser-Iowa State situation. 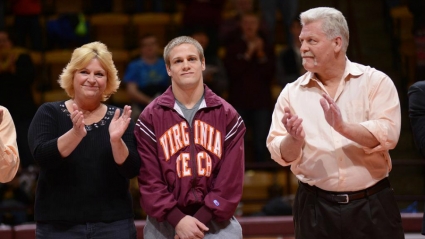 Carter's career winds down with an eye cast to a national title.

The Virginia Tech wrestling team opened the season with seven straight dual meet wins, including a convincing 23-14 win over No. 9 ranked Edinboro. Unfortunately for the Hokies, since then the season hasn't been quite as smooth. Tech lost to 15th ranked Virginia on November 24th, and then while wrestling at the Las Vegas Invitational, Hokies 141 pound wrestler Devin Carter, injured himself during a match (which he finished and still won). Garnett pretty much summed up the feelings of the fans as well. When Kevin Dresser came to Blacksburg from neighboring Christiansburg High School, it was more a question of when Dresser would coach his first ACC Championship team, rather than if. Dresser has a tradition of winning championships wherever he coaches, and now that continues at Virginia Tech.

Virginia Tech was trailing in-state rival Virginia by ten points going into the finals. In the finals of a wrestling tournament, a win is worth three points and a loss is worth zero, because the placement points are already factored in. Tech had six wrestlers in the finals, Virginia had eight, with four head-to-head matchups. While the ten point deficit certainly was not insurmountable, Tech would need to win all of those head to head matches to have a shot.