Welcome back to the Six Pick, the only column written hastily on a Friday when I'm the only one in my office. Pretty sweet game last week, I picked the Hokies by 52, Vegas gave us -5.5 so who is the real line setting mastermind here?

No perfects or skunks last week. Was a very statistically low scoring week with heavy favorites Penn State and Minnesota failing to cover spreads. A+ of the week goes to Smitty who was the only one to notch 5 points. I'll update the master sheet later tonight when I get a chance. Game time now!

Nerd Fact 1: We're going with a rivalry theme today. First up is one of many Border Wars.
Nerd Fact 2: OSU leads the all time series 19-14

Pick: -18 may be a little too large. I think Penn State keeps it close enough to cover. 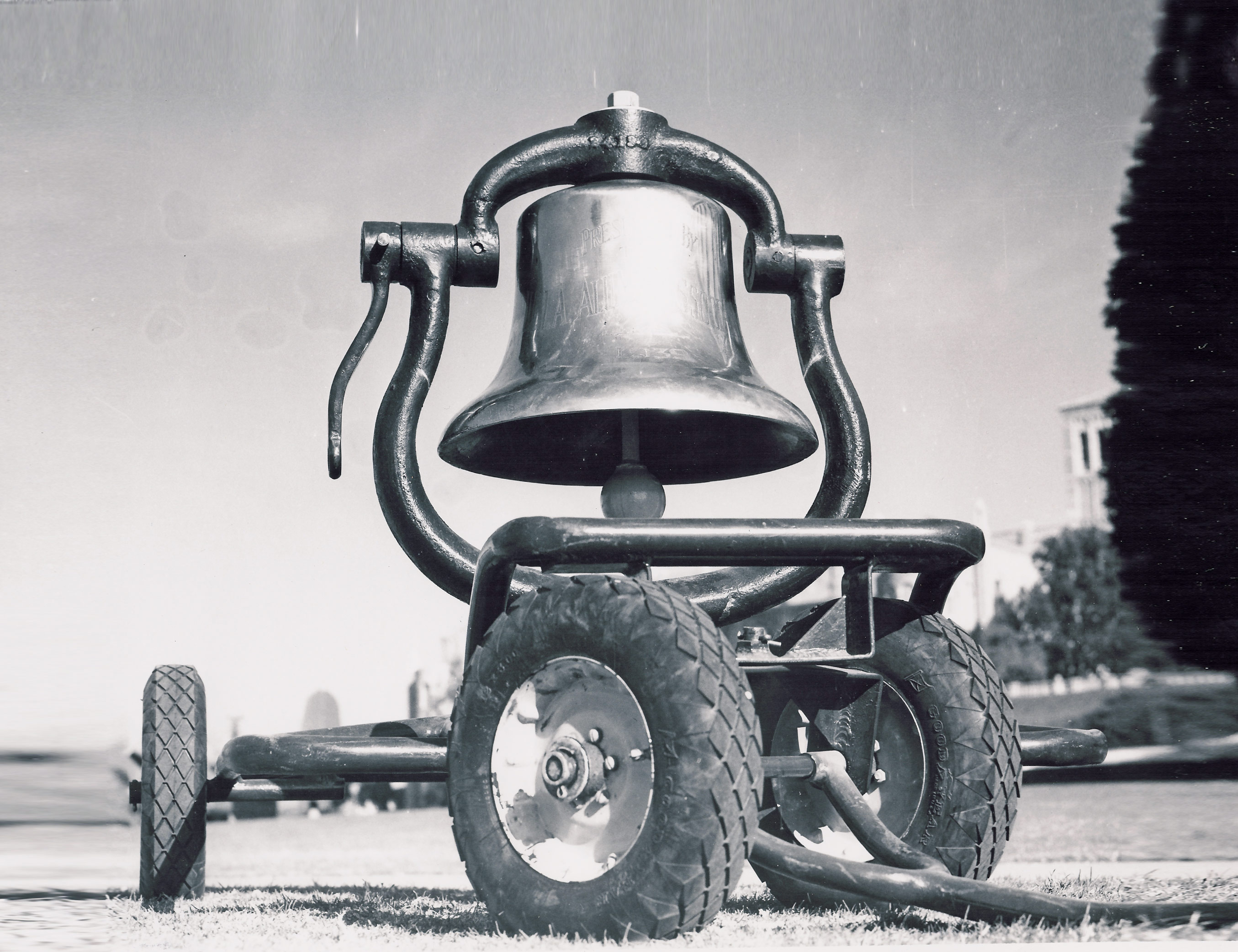 Nerd Fact 1: The unnamed battle for the Victory Bell rewards the winner with the 295 Lbs bell that is painted in their team color after the game.
Nerd Fact 2: USC has a sizeable 47-32 lead in the series, with UCLA taking the last bout.

Pick: I may almost take a push in this scenario but give me UCLA to cover.

Nerd Fact 1: The Battle for the Golden Boot is the annual feature between the two SEC squads.
Nerd Fact 2: LSU has 7 of the last 10 over Arkansas and has gone 3/3 in the most recent meetings, all time series is at 40-22.

Pick: I'm going to pick Arkansas only as -44 is a huge line to overcome for LSU.

Nerd Fact 1: I'm not exactly sure what trophies are up for grabs here. There are two trophies (I think) but they are very elusive on a google search. The Frank Leahy Memorial Bowl trophy and the Ireland Trophy should both be up for grabs.
Nerd Fact 2: This game is also "technically" titled the Holy Way, which makes it the least popular Holy War I am aware of.

Pick: Irish. In retrospect, our loss to the Eagles was a bad, bad loss. 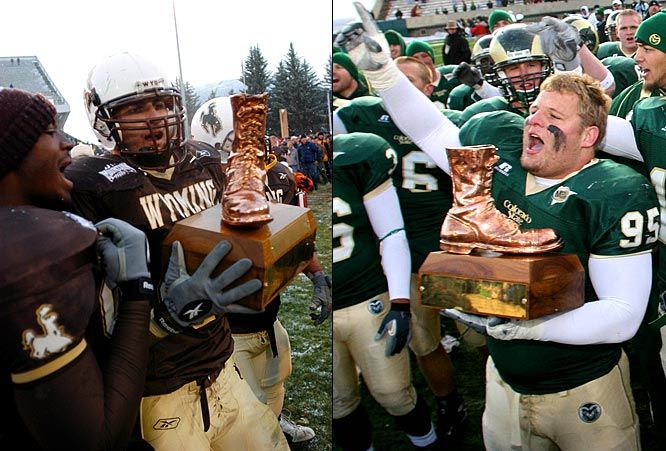 Nerd Fact 1: BORDER WAR PART TWO: MIDWEST BOOGALOO! Wyoming and Colorado State play for the Bronze Boot.
Nerd Fact 2: This very streaky rivalry sits are 58-47 in favor of CSU. Colorado State owes most of this to Colorado Agricultural and Colorado A&M, their former names, but Wyoming had a nearly 20 year streak of wins from 1956 to 1973.

Pick: I honestly have no idea so give me Wyoming. 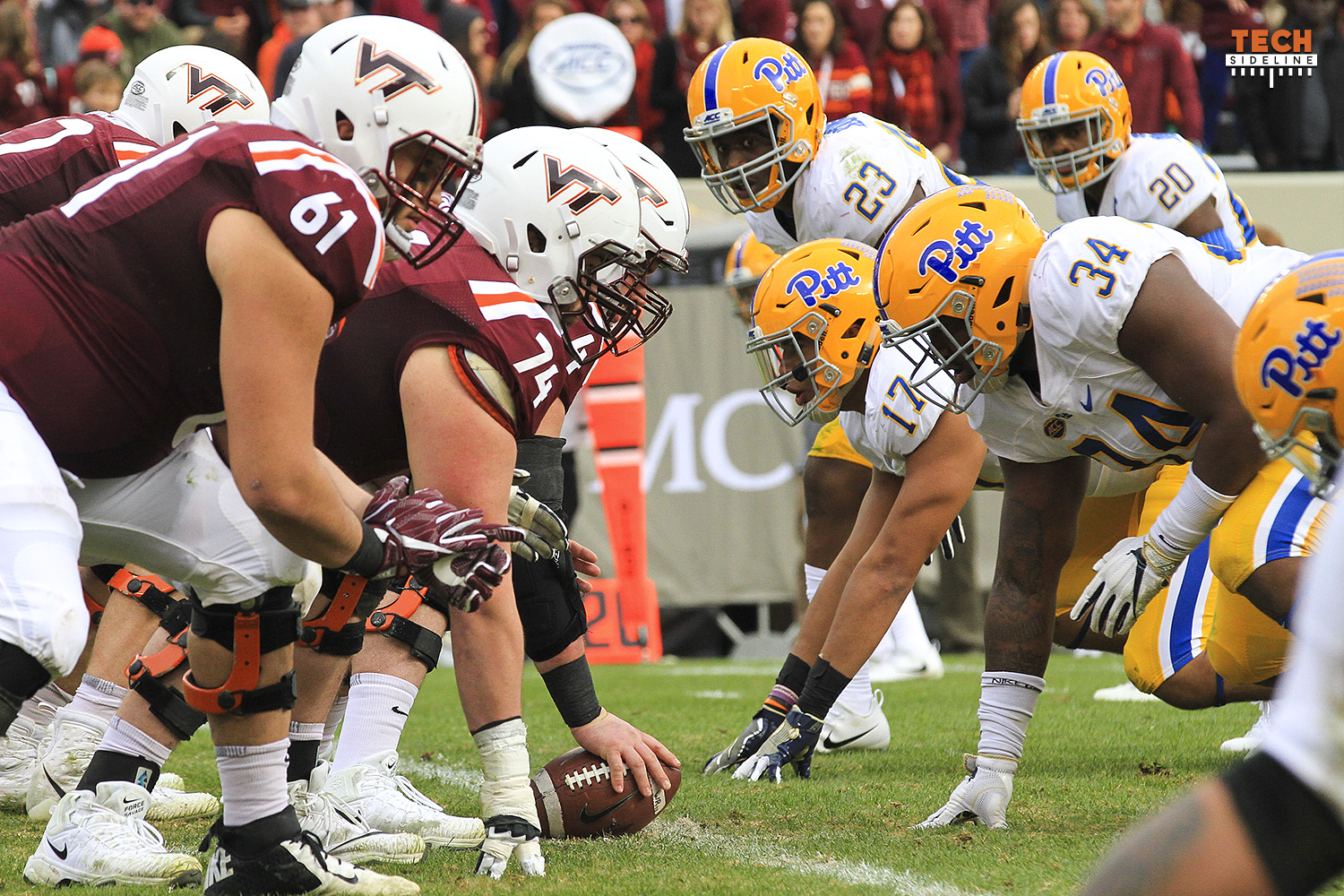 Nerd Fact 1: This is the only featured game that is not a rivalry game.
Nerd Fact 2: Pitt has tried to get this to be a recognized rivalry but VT refuses to play for a giant gold poop emoji.

That's all football fans. NERD OUT!

Edit: I should have noted that I'm on a streak of picking wrong for the VT games. Trying to keep it alive!

Ineligible receiver downfield? I'd have gone for Illegal use of hands.

I'd ineligibly receive her downfield

NLions- I believe PSU keeps it close. OSU hasn't laid an egg all year. Maybe its this week.

Trojans- UCLA is real bad and USC is home

Razorbacks- LSU can score but they can also be scored on. Take the points

Irish- I get madder and madder about the 4th and 10 zone coverage.....smh

Cowboys- When you don't know choose the home team....lol

Hokies- I hate Pitt. I want to win this game almost more than UVA....ALMOST

Wyoming has one of the coolest looking end zones in CFB.

I love sneaking in "nobody" games. That's not to throw shade at CSU or Wyoming, but these smaller gameshave some really cool stuff to them. Those endzones are iconic. Love'em.

Everyone is going to pick Penn State but Penn State will get blown out and wont cover. You can lay the points. You heard it here first.

I completely agree. PSU should have lost to Indiana if Indiana's receiver hadn't dropped a cupcake TD pass

As I've mentioned many times, I married into a PSU family, so I watch more of their games than I'd like to admit and I totally agree with this. Ohio State is going to bury them. It's going to get out of hand.

These lines are ridiculous

Going home from the hospital with newborn Saturday afternoon. Not sure I'll get to partake this weekend, but if I do, I have a Prairie Birthday Bomb to celebrate both my newborn's and my birthdays.

PSU. They won't win, but OSU hasn't played anyone (Wiscy is meh)
UCLA (I do not trust USC.)
ARKANSAS (44pts is ridiculous. And LSU has zero need to put up that kind of number. Just win comfortably and coast into the SECCG healthy.)
BC (who the hell knows).
I know a girl who went to Wyoming...so, Wyoming.
Tech. (Let's rock......AND Roll)