Dingle Could Be Next Great Virginia Tech Tight End

The Hokies hope to lure the promising Bluegrass State prospect to Blacksburg to fill an important offensive role. 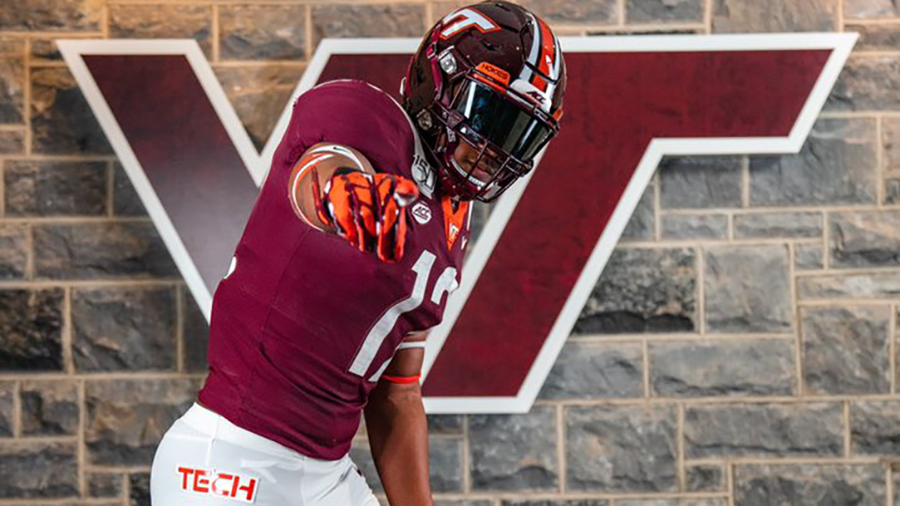 Jordan Dingle poses for a photo during a February Virginia Tech visit.

It's not uncommon to associate success on defense, especially in the secondary, with Virginia Tech football over the past two decades.

With guys like Brandon Flowers, Jimmy Williams, DeAngelo Hall, Kam Chancellor and the Fuller brothers (Kendall and Kyle) coming through, the program has put itself in the conversation with the country's elite as a nominee for "DBU."

But under head coach Justin Fuente, there's been another position group that has shined — the tight ends — and that is what has garnered the interest of 247Sports Composite three-star (0.8850) tight end Jordan Dingle.

"I love the way they use their tight ends and they know they use them in a variety of ways as well," Dingle said. "That's very appealing to me. I like how they always keep them in action and make sure they're put to use."

Former Hokies tight end Bucky Hodges became the first Tech offensive player drafted since Logan Thomas in 2014 when he was taken by the Minnesota Vikings in the sixth round (201st overall) of the 2017 NFL Draft. Hodges caught 48 passes for 691 yards and seven touchdowns during his junior year and left as the fifth-leading receiver in program history.

After hauling in 21 catches for 240 yards and five touchdowns this past season as a junior, tight end Dalton Keene declared for the NFL Draft. He finished his Tech career with 59 catches for 748 yards and eight scores and is projected as a late-round pick in this year's draft.

Dingle, who was an all-state performer for Bowling Green HS (KY) last season and is ranked as the 15th-best tight end in the country in the class of 2021, could add to Tech's arsenal at the position in the future.

"He's highly intelligent, very coachable, has a great nose for the game," Bowling Green coach Mark Spader said about Dingle, who suffered a hip injury toward the end of the season that also caused him to miss his entire junior year of basketball. "I know he's a tight end recruit and a lot of his highlights are catching passes, but he's our best blocker on the field — whether it be in space or in our offense. ... He should be fully recovered soon. He's been running routes and catching [passes] in his physical therapy. I think his flexibility and explosiveness will be even better. He's a lot of fun to watch."

Unfortunately for Dingle, his recruitment has been altered due to COVID-19. After being impressed during an unofficial visit to Blacksburg in February, Dingle said he hoped to visit Tech again, along with several other programs across the country.

"I really wanted to get to some places this spring and see their spring practices and see how coaches coached, be around the players more," Dingle said. "That all changed. I only had a chance to get to Northwestern this spring. That was a big part of it and helped me make a decision with lowering my list. I was looking at making a decision this summer. I'm still looking at making a decision this summer, but I'm not too sure yet. We'll see about that."

One positive for the Hokies is that Dingle has already established relationships with their coaches and players. He said during his initial visit, he spent a lot of time with current Tech tight end James Mitchell and got a better feel for the program.

"It just feels like home," Dingle said. "They have a really good home environment. All their coaches are really supportive and very welcoming. It's the same with the players as well. When I went up there earlier this year, I got time to sit down with James and he's very nice. He's a down-to-earth person. All of the tight ends were. They were all really welcoming and made sure I felt at home."

Dingle's older brother, Justice, is a defensive lineman at Georgia Tech and was ranked as the No. 2 player in the state of Kentucky in 2018. While Jordan Dingle also plays defensive end for Bowling Green, his focus will shift solely to the offensive side once he gets to college after racking up 74 catches for 920 yards and nine touchdowns the past two seasons.

"He's a quiet, focused, hard-working individual and that's in every facet of life," Spader said. "He's a great kid, well-rounded person. Whether it be practice or taking classes in school, he's very serious about things. ... As I told someone the other day, if they were all like him, my job and college coaches' jobs would be a lot easier because he's the full package. It's just a matter of him being comfortable with where he wants to go to continue his career."

Dingle's attention to detail is what separates him from his peers, his coach said, and why he is likely to find success wherever he winds up. He said his top schools at the moment are Ohio State, Purdue, Northwestern, Vanderbilt, Kentucky, Louisville and Virginia Tech.

"He's serious about pursuing a career in medicine," Spader said. "That's a big factor. At this point, he has whittled his list down to five or six. Virginia Tech is on that list. He wants a place where he can step on the field and pursue that at the highest degree, but at the same time pursue his studies and go into the medical field. He has some anxiety. He wants to make the right decision, feels some pressure. Between him and his parents, with a little bit of input from me, he has a solid foundation and won't have a problem making the right choice."

Hoping to guide Dingle into the maroon and orange is Tech tight ends coach James Shibest and Fuente, who have served as his primary recruiters throughout the process. He said he communicates "almost daily" with the two of them and has established a good relationship with both.

"We've built a strong relationship over these last few months and have been talking," Dingle said. "I actually talked to Coach Shibest today. He was just checking up on me. We're going to start doing Zoom meetings soon to go over the offense and stuff. Coach Fuente talks with my parents and we FaceTime sometimes. We've built that relationship and it's getting strong."

Dingle said he's aware of the history of the Virginia Tech program and its passionate fanbase. He knows about Frank Beamer, Bud Foster and all of the other big names that have come through and had a lasting impact.

But after years of being considered "DBU" by fans and people inside the program, it's the tight end position making a name for itself. And that's what could ultimately lure Dingle back to Blacksburg for good.

"Oh, yeah," Dingle said with a laugh. "They joke around and say they might start calling it 'Tight End U.'"

We need all the help we can get on O so come on down!

I know he's a tight end recruit and a lot of his highlights are catching passes, but he's our best blocker on the field — whether it be in space or in our offense.

That's an awesome endorsement from his coach.

Hopefully we've put him in touch with Brandon Facyson. 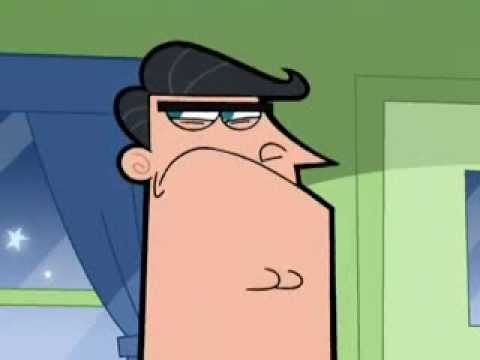 I think that Fu loves the big WR/TE.. and who doesn't? I think its a key part of the offense. They have done a great job developing Mitchell into his role. We have improved a ton in the red zone over the Leoffler days, and this is a big part of it. Involving the TE and using big WRs to create matchup issues.

That touchdown catch and run :40 seconds in is awesome. Would love to see this guy in O and M.

Shibest is the most underrated coach on the Tech staff. He's developed really solid TE's over the past few years. Dingle fits the mold for what he wants at TE, which is exciting.

Ohio State and Kentucky both have a plethora of TE's on the roster. That may help Tech's chances. The Hokies only have 3 and have used 2 TE sets frequently.

The 2 TE sets I think were driven by personnel: both Rambo and Mitchell deserved to be on the field. But yes, hopefully that means he can see there's a path to early PT!

Dingle Could Be Next Great Virginia Tech Tight End

My wife's first quarantine goal was to watch the Marvel movies in plot line chrono order. We are at Endgame right now. I'm can really appreciate this gif goal.

Just the movies or all the TV shows too? I've been going through all the MCU since before the quarantine. Working my way through Jessica Jones season 3 right now. I've been using this MCU Chronological Order as my reference

Just the movies. We finished and started Tiger King. I tell you, I was not prepared for Endgame.

I'm way too immature for laughing at the name Justice Dingle.

With guys like Brandon Flowers, Jimmy Williams, DeAngelo Hall, Kam Chancellor and the Fuller brothers (Kendall and Kyle) coming through, the program has put itself in the conversation with the country's elite as a nominee for "DBU."

Or a certain Edmunds brother drafted in the 1st round?

He should be the top of the list right now, good call

looking fwd to reading this article...after he hopefully commits

This guy looks like he's next in line for the tight end jet sweep at the goal line that has worked so well with James Mitchell. That size and speed is perfect for it.