It's that time of the year again. Our souls are starting to come back to life as we recover from the off season. The football gods have blessed us with games starting August 24th this year. After the long dark months of college football deprivation, we're ready to jump back into 4 months of obsessive watching, cheering, and, yes, gambling.

So here you go. Lines for opening week (and then some). What's the biggest surprise? Which of the expected massacres do you expect to be closer than expected?

For the last time this season, I can claim I haven't missed on a bet all year. It's a dangerous time for sure.

As always, please do not take my ramblings as legitimate gambling advice. You will lose your shirt and anything else you're foolish enough to bet based on my idiocy. TKP does not encourage gambling and even if it did, I am neither employed nor sanctioned by Orange and Maroon Media, LLC so who cares.

If Boise State has a semblance of a front 7 they're going to pants FSU in their own stadium. Florida State's offensive line isn't in much better shape personnel wise than they were last season.

I'm just here to drink FSU tears if this happens.

Pretty confident bama covers its 35 points along with Clemson.

People are so hot on Nebraska. I get they had a bit of a turn around last year, but they scored 35 or more just thrice, against Minnesota (53-28) Bethune Cookman (45-9) and Illinois (54-35). They would have covered that 35 exactly one time last year.

Yeah they'll have a good team but 35 is a big spread for any proven team...Nebraska hasn't exactly proven themselves yet.

"Eastern Carolina" - is that a subtle jab to the purple pirates?

hey there. welcome to TKP, you must be new here. We're glad to have you and thanks for joining TKPC, to boot! Feel free to check out the Glossary for a lot of the inside jokes. We often mock other teams by butchering their names. For instance, we may call THE Ohio State University "anOSU" or call UVa, "LOLUVa." In the same vein, we will call East Carolina, "Eastern Carolina" because there is no such state as East Carolina.

I like GT to cover that. That's an absurd inter-conference line regardless GT's coaching change. Clemson lost a lot of talent off their team. They will smash GT, but not by 36 points. I also like Syracuse and UVA to cover.

GT didn't simply have a coaching change, they basically don't have a single piece of the puzzle as it relates to their new offense. Clemson may win by 50.

I can totally see that argument. I could also see a pretty decent GT defense as always and some skill guys from the old scheme- like Oliver- that can make some plays. I just think that line is insane and Dabo will play a bunch of new guys late if it gets out of hand.

I'm afraid that everyone is thinking that, so GT may be the side. The casual bettor is looking at that line and saying "man, Clemson just won a natty, has Lawrence/Etienne/Ross/Higgins/Rodgers back" and hitting the Tigers with no hesitation. I'm not sure how high the number has to get to scare people away, but it's gone up from 33.5 to 36.5 and I traditionally don't like betting with the line movement since you've lost 3 points in value on Clemson already. Pass.

Clemson will be looking ahead to the A&M game by the second half-they'll be pulling starters in the third quarter...I wanted to take a first half bet on Clemson here, but it wasn't available so I passed. First half is Clemson -21, I'd be all over that.

I may or may not have parlayed Clemson (-19.5) and Bama (-19) for first halves. We'll see if the big boys can blow the doors off before halftime adjustments.

UPDATE: Apparently Dabo got the memo.

I'll be in Vegas next weekend and I'm taking the over...just dont see the offenses being stopped and I dont care what the total is

I hit the under HARD on 48 points for Miami/UF.

I hit the under HARD on 48 points for Miami/UF.

This aged well. I was nervous when they hit 24-20 with 8 minutes on the clock. Thought for sure someone would score a TD, but I guess enough boosters on both sides bet on the under...

I was feeling confident with how well the UF defense was getting to Williams (or how bad UM's o-line is lol) but let me tell you what.... those consecutive DPI's on UF on the last drive was driving me crazy. It was almost like some of UF's defensive players was throwing the game because they took the over.

Luckily that didn't happen. Also took Miami + 7.5 and UF straight up in my parlay...

that's the kind of result that can turn you into a degenerate gambler right there.

can turn you into a degenerate gambler

"Hello, my name is Eric and I am a degenerate gambler"

O/U for our game is 57. On the one hand, I think the under is very likely, but on the other, I absolutely hate watching our games hoping we don't score.

The real question: who's taking BC plus the points? Fess up.

Took BC last year....this year I'm probably going to hold all bets with/against VT for the first week if anything I'm leaning towards VT and the points.

Have a Syracuse coworker so caught myself watching them play quite a bit last year. The kid that backed up Dungey, Tommy DeVito, is the real deal. I'm excited to watch him under center for a full year.

We'll see. DeVito played well against FSU and UNC but those teams were a combined 7-16 and his stats weren't that impressive in other limited action.

Devito? Loved him in Twins 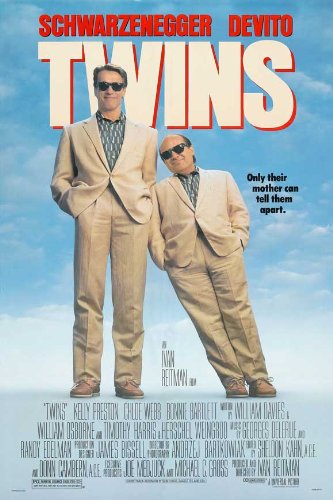 The Utah hype train has gotten excessive, but is anyone else looking at that Utah BYU -4.5 thinking what the heck does Vegas know? Same with Stanford NW.

Vegas isn't in the hype business. They are there for your money. And I know better than to put money down on two types of games:

1) Hokie games. I think they have a legit shot against everyone when that is false.
2) Rivalry games. Weird shit happens wayyyyy too often.

Yeah I meant my feelings about Utah have been swayed by the Utah hype, but even still that line looks small. But you are right, rivalry games are a no no.

Hugh Freeze may not be on the sidelines for the Liberty/Syracuse game due to a recent back surgery. He is most likely going to be in the box for his first ever game coaching Liberty. It may not be a huge detriment to how Liberty will perform, but just another factor to consider. I'm taking the Orange to cover.

Hokies are now 4.5 point favorites...looks like the sharps are swarming. Make of that what you will. I still wouldn't touch that game with a 10 foot pole.

Raise your hand if you took the Georgia state ML...put your damned hand down, liar