An interesting walk on or two...

Instead of stressing out or overanalyzing about who lost or gained weight and what it meant. I decided to look through the vast platoon of walk on players added to the roster.
I had totally forgotten about CJ Scott out of Bishop Catholic Sullivan. If I remember correctly that is Coach Chris Scott's son. For those who don't know - Coach Scott was the Bishop Catholic Sullivan HC for the last three years and just left there to take the HC position at Oscar Smith in VA Beach. We've struggled landing a lot of the big dawgs out of Bishop and the tidewater region as a whole. There has always been a perceived issue on here with the relationship between coaches down there and the VT staff. Maybe there was, who knows. If so, this would have to point in the right direction with a pretty influential coach in the area sending his own son to VT as a walk on. On most sites he is listed as an ILB. Who knows? Maybe he takes a big step under the tutelage of Jack Tyler - another former walk on LB. Maybe he is a career scout team kid. Whatever, this could be great for us politically on the recruiting front.

The other one that I saw that intrigued me was Gabe Sesco - a 6'6" 265lb DL out of Graham HS in Bluefield. Most of his highlights on this are as a OT. Maybe he ends up as a DL or SDE, maybe he puts on weight and becomes an OL or maybe he gets swole and becomes a power TE - who knows. I had just read about him a little being that SW VA is my neck of the woods and I'd say he is intriguing as a possible diamond in the rough.

Does anyone else have any insight or intrigue to any of the other walk on roster additions?

Instead of stressing out or overanalyzing about who lost or gained weight and what it meant.

Our punter gained 9 pounds and you're being rational?!?

Hahahahaha, I know! What am I thinking! The season is pretty much a goner now that Bradburn gained that weight.

I'm thinking an opposing punt returner may be a goner with him putting on weight.

It's summer, it's hot, he's Aussie and it's beer, right? He'll be back to fighting weight in the fall.

No! I want Nic Schmitt 2.0 and deep down you all know you want it, too!

I will never not leg a Nic Schitt reference. What college football needs is more thicc punters. Kudos to Oscar for striving to join this movement. Nic Schmitt and Jimmy Kibble (pre-legal troubles) were two of my all-time favorite hokies. Gotta love the athletic fat guy punter who's not afraid of contact.

What about Sebastian Janikowski? I think that dude is still playing somewhere..lol

He's a placekicker, so he doesn't count. And he's a Seminole, so fuck him.

And he was on the team that beat us in the Champy, and was busted for roofies (now, wonder what he had them for, eh?) and, well, like 'haus said, he's a Seminole, so fuck him.

What we need is a punter with Nic Schmitt's body and Jimmy Kibble's attitude.

Not big kicker, but CSU had a kicker a few years ago that kept jacking up returners. He was laying them out. It's a great mentality as long as you dont care that your last line of defense is sprinting down the field. He was fun to watch.

I will never not leg a Nic Schitt reference.

Are you sure you are a Schmitt fan? Freud would like a word.

meh. So would my 10th grade typing teacher.

6'6 265 is so foreign to VT football on the DL I'm not even sure how to react to that. He defintely sounds like a walk-on to keep an eye on for sure, so thanks for this post. If he develops, that kind of length makes for some interesting possibilities.

I saw him play this year (my nephew played for Radford). This dude is explosive! Keep an eye on him.

Did he mainly play DT or DE?

I think his official position was "disrupter" 😀 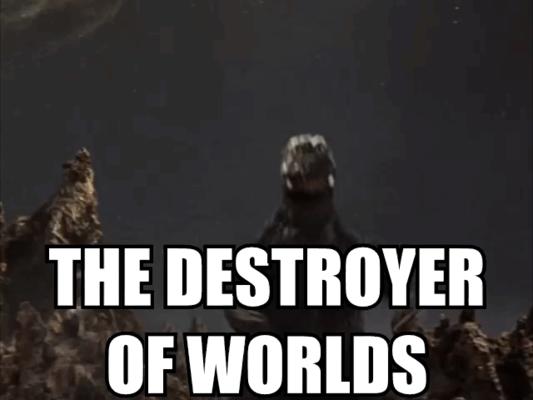 Can we not talk about past high school football season. It was not a good one for the Giles County Spartans😳

Maybe they should try a nifty thing called the forward pass.

Wasn't Jason Adjepong the destroyer of Worilds? Or do I have that backwards?

For sure. Also, speaking of walk on DL's... after hearing players and coaches talk about two - Gideon Driscoll and Maxx Philpott and then seeing Phillpott highlighted for his 600lb squat on BSF - I'm going to make the prediction that those two become impact players for us on the DL. That might not be this year but I think they have potential. It seemed like we heard more about their names after the spring game interviews than anyone else. That's my prediction and also my hope. It would be cool to have two local boys like that bringing nastiness back to our interior D-Line.

Walkons from Buffalo Gap and East Rock were both stud running backs in a league of lower competition. Never know with those types of athletes once they are in a competitive atmosphere.

Rivenburg from Gap was really impressive. Didn't do much against my team but not many do. He's got great potential, hope it works out for him. We don't see guys from our area get this type of chance much.

He was pretty much their whole offense when I saw him play. Defense game planned around him and was effective. He got a little dinged up in the second half and they never recovered.

Yeah, his carries #s was crazy. That dude put in work.

By the way, games at Gap in the Fall is one of the best places to see a game. It's a beautiful drive out there in a great stadium.

i will concur, replaced the mechanical room there 2 years ago

We have a couple of walk on DL guys local to SWVA with requisite size in Philpott and Driscoll as well. I'll be interested to see if they see the field in a couple of years.

I think you were probably typing that as I was mentioning them, replying above.

Oscar Smith is in Chesapeake, not VA Beach. I went to Indian River, OSHS rival. Also, have heard good things about the two DL mentioned above, as well as a bowling ball of a RB/TE walk-on.

You are right. I lived down in Chick's Beach for a little while, I know Oscar Smith is in Chesapeake. I think I was still thinking Bishop Catholic Sullivan - my fingers must've just got ahead of my brain. You know anything about any of the Tidewater walk ons? Other than CJ Scott I saw there was another Bishop kid - John Ransom.

Bishop Catholic Sullivan - my fingers must've just got ahead of my brain.

No idea. Grew up in Chesapeake, but been in Maryland the last 6 years. Bishop has become a powerhouse for football, so can't hurt.

I'm all about the Kickoff guy

Nakia Peerman is also a walk-on this year from William Campbell HS. He's a fast 6'3" WR/DB with a great head on his shoulders.