Great piece by Banner Society breaking down the 2020 class by state.

EDIT: for the purposes of this exercise, all 4 and 5 star players (according to 247 composite) are considered 'bluechips:'

Would be nice to get one blue chip recruit, who was our last one that actually panned our well?

I don't think 4* necessarily means blue chip, does it? My impression is blue chip is top 150ish so guys like Nester, Dax, Hunter, Payoute, and maybe Tre.

Yeah, I know there is probably debate on the specifics. Some probably would include all 4* players. I would probably use a top___ metric instead.

I see your point, however the information linked does include all 4 and 5 star recruits

If you want to load up with the kinds of players it takes to contend for championships, it helps to be located in or near one of those hubs. In this post, you'll find the class of 2020's count of four- and five-star recruits in every state, with some key notes below

I was basing my response on the criteria for the source data.

To me how well we "hit" on key 4-stars, whether we call them blue-chips or not, is a metric by which we must measure our recruiting success by.

by the definition provided, yes they are 🙄

So we have been sandwhiched between 114 blue chippers over the past 5 seasons and managed to reel in maybe 5-7? This is a major failure. Looking at who we compete with, we should be at least able to pull in 20% off the blue chip recruits between MD, NC, and VA which would have had Tech with 20+ over the past 5 years. Not enough to make up the Clemson gap, but enough to put us on top of the Coastal.

You are assuming these kids stay regional. These blue chippers are going to places like Clemson, Bama, LSU (aka "Da Big Dawgs") not to mention PSU which is certainly a regional player AND a "Big Dawg". All things being equal, I would certainly like to see us win out over other regional candidates if the blue chippers aren't choosing the BDs but even then there is a good chance that they are choosing a team they have followed their whole life (sentimental value over flashy offer). Your statement makes sense in a vacuum but there is a LOT at play for the blue chippers than just geographical relativity to their HS

Umm, its kinda part of the coaching staff's job to convince them to stay local and play for Tech. The coaches at BAMA have to convince them not to choose VT or Clemson or LSU or that college down the street. You are working off an assumption that these blue chippers have made up their mind to absolutely not play local, and that might be the case for some, but I would peg that at no more than 10%.

And good players dont really pick close schools because they are close. Theyve had scouts at games throughout their high school career.

EDIT: But I agree that no kid is coming to VT due to 'state pride' or anything like that.

Not to start an argument here as I know you have an larger point that I do agree with, but the numbers bear out close to what you've laid here and we can see the on field results.

Went back and looked at 3 yr periods, and we've never recruited as well as the 2017-2019 years with a total of 19.
There have been a lot of changes to the number of blue chips and yadda yadda yadda, but based on available data relevant to the topic, it can be argued we've never hit on more blue chips than under Fuente

That 18% is a very misleading number because it doesn't mean anything. You counted all the blue chip players VT has signed in those classes from a number of different states. And yet you are dividing by only the blue chip players from 2 states. That's like saying "I was able to catch 3 baseballs, 2 footballs, and 4 tennis balls. There were 3 baseballs and 4 tennis balls thrown. So I have a 129% catch percentage!" You're missing several other categories for a meaningful metric...

Are we to assume that "blue chip" means 4 & 5 stars? Only 5 stars? Based on composite score?

Whatever best fits the narrative you want to push.

I just wanted to know how the author(s) defined "blue chip". I agree, there are definitely different definitions out there, some of which are agenda driven.

proportionally, it should be close to this...sort by #active (col. 4)

Texas, Tennessee, and Maryland are overvalued based on the contribution to the NFL. PA and NJ who are about dead even with Alabama in terms of NFL presence, are conspicuously absent from the top 10.

I looked at this a few years ago...Texas is always overvalued by the pubs.

My theory is that Texas high school football is so rabid, the players are a step ahead in development; meaning they are closer to their own ceiling and have less room to improve. Of course this is a blanket theory, and there are still a ton of talented kids in Texas.

Obviously a rhetorical question, but can you look at their game film and tell me why KeAndre Lambert (a prospect I very much wanted at VT) is rated 109 places ahead of Dallan Wright at WR?

Lots of people have this theory, even coaches. Miami won championships with guys that never had a nutritionist or weight rooms or anything like some texas high schools do. They identified guys that could put one the muscle and play at a college level once they were in a college training program. They recruited potential.

My theory is - and always has been - that support for Texas HS football is so rabid that recruiting services have a bias toward telling Texas subscribers want they want to hear.

I'm not saying Texas doesn't have players, but either the 2 crown jewels in Texas (UT & aTm) have badly underachieved or the top in-state talent isn't quite what it's cracked up to be.

While most wish we locked down Virginia recruiting, I am left wondering if we actually dicked around in VA for too long.

I don't know if it was so much that as it was a combination of Beamer's philosophy of the 6 hour drive, or the penny-pinching of Jim Weaver. I can't imagine we were going to have the budget necessary to 1.) travel great distances regularly, 2.) foster lasting relationships with coaches and 3.) properly evaluate recruits.

Don't we already do this with FL?

I mean, this is a one year snapshot of VA. I'm not sure how much of an outlier it is/isn't.

VA didn't make it into the top 10 over the 5 year period either.

I commented last year with some data (can't find it now). Over the last ten years, Virginia has averaged <1 5* and <6 4* players a year (247 Composite). West/SWVA/Southern VA were slim pickins, lucky to have 1 blue chip player in a year. NOVA and Central Virginia were second tier with maybe 2 or 3 a year. The 757 was where the depth of blue chip talent (inadvertently I typed bleu chip talent- those are for LOLUVA).

I just did an analysis of VA since 2005 and posted on here about a month ago. NOVA and 757 had the talent. It varied year to year, but over the long run those are the areas to focus.

PSU targets NOVA talent and not so much 757 talent.

the short answer is, YES! should spend way more time in PA, NJ, and NY (which has one blue blood); NC and SC (especially) which have more talent per capita and no blue bloods); FL (which has an obscene amount of talent); and now, Houston (which is loaded and less glamorous than DFW and Austin).

We doubled down on recruiting in Virginia after the BCS title game appearance in lieu of trying to capitalize nationally on the brand.

Something something Galen Scott

Couple thoughts: Tech hasn't gotten the #1 player in the state of VA since Tyrod Taylor.

Also, a big reason that Georgia has been growing in # of bluechips is because of the number of camps that have started up down there. Those offseason prospect camps is where most of the scouting for the rankings happens, so more prestigious camps results in more national exposure resulting in more highly ranked guys.

Georgia's an interesting study. For one, the state population is growing. I don't follow recruiting super closely, nor am I knowledgeable about camps, but from what I understand, some changes to high school football have also contributed to Georgia's improved quality of recruit.

Also, more quality recruits in GA is better for GT, and by proxy, worse for VT. I would not be surprised to see GT as a perennial top 25 team in the next 4 years.

I don't disagree with what you're saying about recruit growth in GA, but GT's limited major offering is always going to hurt them (or at least I really hope it does).

It will prevent them from getting a top 15 or better class, but if they can recruit at a top 20/25 level, and they have good coaching, they'll be a very formidable opponent.

The only Blue Chips I care about is the movie starring Shaq & Nick Nolte.

Time has not been kind to Nolte 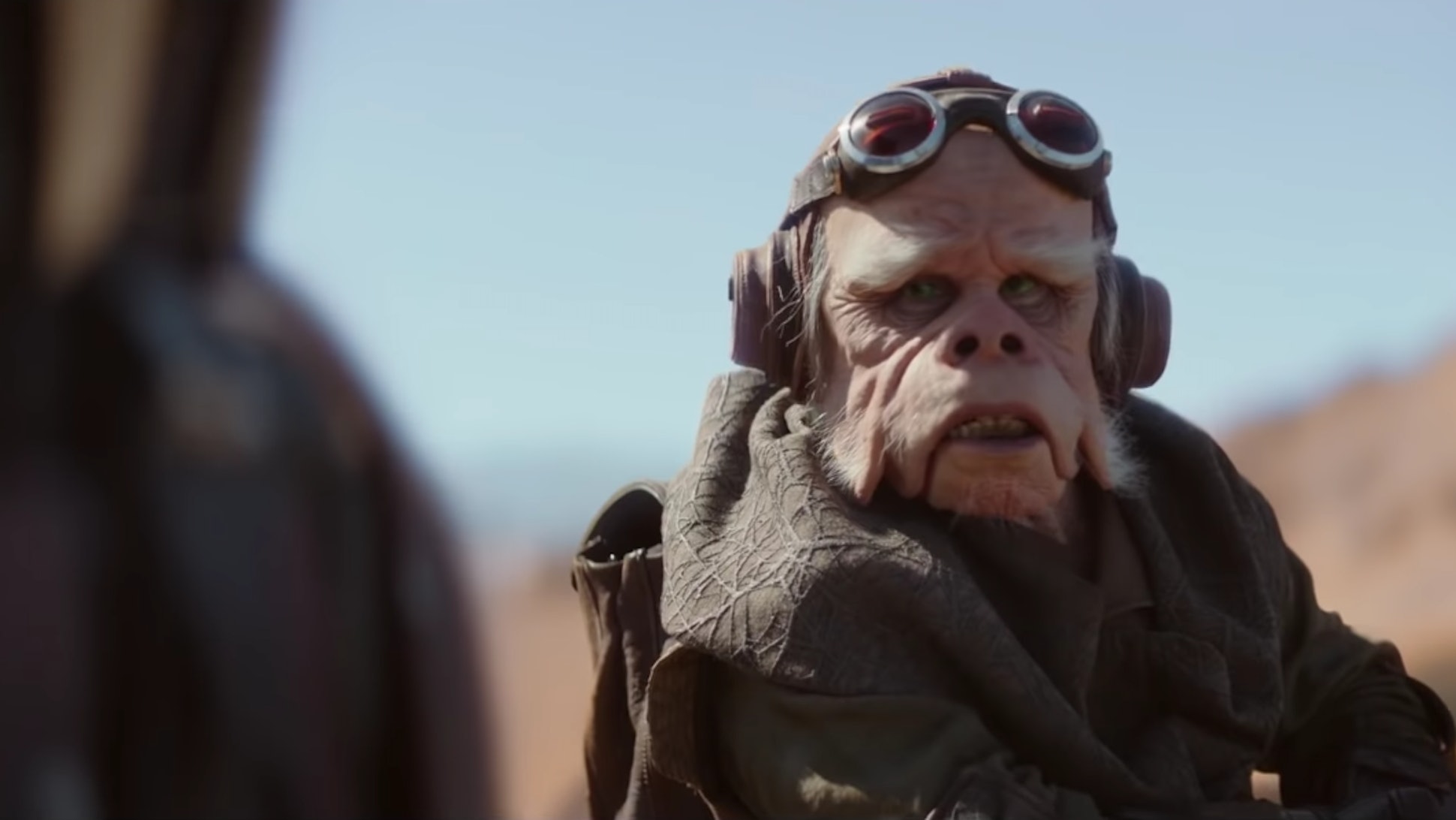 For what it's worth, USC used to corner the market on (southern) California blue chips, but now the other blue bloods are pulling the top recruits from the area, as well as other Pac12 schools like Oregon, and possibly Washington. At the same time the offensive line quality is decreasing from California and the West in general, so a school like USC that used to have the best OL and the top skill players on the west coast because of their pedigree and location aren't getting them anymore. Their recruiting is way down this year also, in the 70s recently and wound up around 55.