Report: "Christian Webster is in talks to join the staff at Florida"

#Hokies basketball assistant Christian Webster is in talks to join the staff at Florida, per a source. Not a done deal yet.— Mike Barber (@RTD_MikeBarber) May 18, 2021

I wonder if Webster would stay if he were given Associate to the Associate HC title?

I mean that sucks, but I also fully trust Mike Young to bring in someone else who is excellent to replace him if it happens.

At the same time, when you put together an excellent staff, having guys leave for a step up is part of that process.

At the same time, when you put together an excellent staff, having guys leave for a step up is part of that process

Thank you for pointing this out before everyone brings up getting "big dogged" or anything like that. Upward growth and promotions are positive signs. Who knows, maybe he'll be back one day 😉

See some of the related commentary currently ongoing in this other TKP thread (link) about how using basketball discussion as a vehicle to express frustration with the football program has grown old for much the community.

Had no idea - I don't TKP hard enough anymore. Thanks for the explanation.

Ahh that would be the other shoe.

The TKP bball community doesn't tend to have these kinds of problems, but a friendly reminder to keep expectations in check for the next potential hire. Mike Jones was a tsunami. It's making for a delightful hangover. The next potential announcement could be a series of internal promotions. Could be an outside guy. Given the nature of the vacancy, the likelihood it's a household name would be low, as it would be, at best, a lateral move for most of those candidates. If Webbie leaves and Mike Young looks outside VT, this is where his years of contacts and networks, his eye for talent, and his reputation as just a damn good coach will really pay off. Either way, I have total confidence in his ability to "get it right" and you should, too!

Whit and CMY should be fired if they can't hire Kevin Boyle from Montverde! /s

Find me another Mike 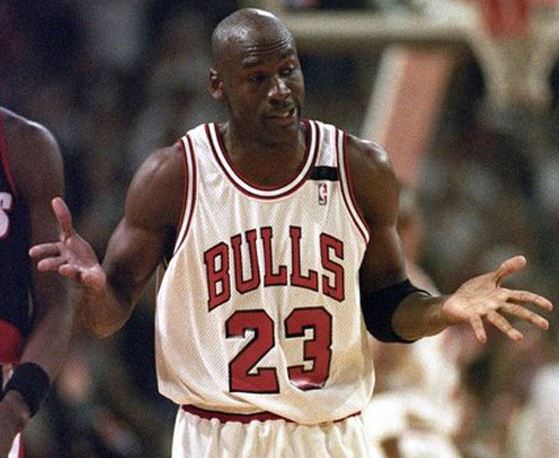 So, which departure do we think Young saw coming?

Washington Post has a story on Mike Jones taking the Virginia Tech job, and says Jones was offered the job May 5. Chester Frazier, whose job he is taking, didn't announce he was going to Illinois until May 6. So this has been in the works for some time...— Dave Scarangella (@DullesDistrict) May 17, 2021

Both. Assistant coaches will talk to their head coach about leaving. And I bet most head coaches will want their assistants interviewing for bigger jobs if they are not available at their current school/team. It isn't a bad thing to expand your network. Young probably knew before Frazier first interviewed.

With his track record of hiring, I am expecting either Steve Kerr or Monty Williams for this position. Will settle for nothing less.

APH, do you think Webster is considering Florida because the Assoc. HC position wasn't offered to him?

Figured you were plugged in across the board, so I thought I'd ask 🤷🏾‍♂️

I can't decided if telling you to"Get plugged" would be a insult, threat, or just advice.

Hey, the Backend update thread is over here: Meta: TKP Back End Updates

We also don't want a partially plugged insider to become a disconnected outsider. Tantalizing tidbits when you can work for me.

What I was thinking

We can leave Monty out of this. My Suns just made it back to the playoffs for the first time in forever.

Even though losing Webby would be a big loss, how crazy is it that between Buzz and Mike Young we went from a perennial ACC cellar team to 1) a launching ground for assistants, 2) a team that made the tournament 4 times in 5 years* and 3) a team with legit ACC/NCAA aspirations. Crazy.

* Yes I know we technically made it four straight years but that still feels like cheating.

For sure. But I believe the bigger stories embedded in that are (1) the phenomenal job Whit did in choosing a perfect fit to replace Buzz and (2) the tireless work of Mike Young in Years 1 and 2. Buzz took us to new heights, but didn't leave a whole lot to work with. VT was still a rebuild job. Recruits left. Players moved on. Through smart hires, scouting, and player development, we're ahead of schedule and already looking to take the next step up in only Year 3.

Mike Young is an alchemist.

We did not make it 4 straight years, we did make it to 4 consecutive tournaments.

NOBODY in America made it to the tournament in 2020.

slightly OT, but "getting it right" is, uh, pretty important

According to the charging documents, Gaudio wanted 17 months of salary not to report Louisville's recruiting violations.

Don't let this distract you from the fact that Louisville did in fact have recruiting violations.

FYI I think they were due to making recruiting videos which is stupid.

They reported the violations after he threatened to report them. No argument that the violations are stupid, but it's not like UL was going to self-report out of a sense of duty. They were defanging the threat.

Ah missed that order of events. Regardless, this wasn't some crazy offense that would be extortion worthy in any world. If you're gonna extort make sure it's something the university could actually get in trouble for and truly would not want others to find out about. And make sure you don't work for a public school that would have required audits.

If I were Mike Young, and I'm not, I'd make a run at Levi Watkins at Ole Miss.

So, if you're Mike Young, you've just made a home run hire in Mike Jones who is a household name in high school basketball nationally, but especially in the DMV. Now you might need to make another hire.

One possibility that I've been pondering (since I saw there's a twin jet engine Cessna arriving at BCB from Dulles at 9am Friday) is he doubles down on WCAC/IAC/DMV basketball legends and goes with Duane Simpkins, a current assistant at GMU and probably on DeMatha's short list of HC candidates since Mike Jones' departure. Simpkins has been at Mason since 2015.

One of the most respected assistants in the national coaching ranks, Silverwaves Media named Simpkins as one of the country's Top-50 Most Impactful Mid-Major Assistants in 2020. In addition, he has earned an invite to Top Connect – which brings premier athletic directors and assistant coaches together – in each of the past two seasons. At the 2019 Final Four, he also participated in the Collegiate Coaching Consortium, sponsored by AthleticDirectorU and the National Association of Basketball Coaches (NABC).

Duane Simpkins anagrams to Mikes and I Spun

The more I think on this, the more I think something like it is plausible because it gives Mike Jones a lot of input. But it also puts me in mind of what I think is a blind spot for a lot of Hokie fans.

Modern and younger VT fans are not used to watching a head coach build his or her coaching tree up close. Frank Beamer had assistants and coordinators on a huge football staff who stuck around forever and occasionally struck out for other opportunities. Buzz Williams was a great coach, but Blacksburg was always just a brief step on his journey. His brand was philosophizing, and he could get guys to buy in to him like crazy.

Mike Young is here to stay. He's nesting. He's Building a Program and he understands to do that, you don't just recruit good players and coach them up; you also recruit and coach up good assistants. Young is so good at that, not just because he's a great coach, but because he has the humility (which Mike Jones shares) to listen and learn. And just like the players, the coaches are going to fly your nest one day, too. That's good! You want that! You both learn from one another. They strengthen your program; your program helps them advance. Then you sell your program's ability to produce great players and great assistants to the next batch, while your old group goes off to be great. It's what he did with Antwon Jackson and Chester Frazier; it's what he's doing with Webster, Giltner, Aluma, Mutts, Bede, etc; and it's what he will do with Mike Jones and the recruits they'll pull in.

As Mike Jones said on the Auto Bid the other day (audio link and summary here), Mike Young offered him a different opportunity from every other college coach who's offered over the last 20 years- to teach him how to take that next step and be a college HC. Knowing the impermanent nature of the position, why wouldn't you agree to let Jones help pick a successor to Webbie if and when that becomes necessary? When Jones is ready to take a HC spot at ODU or wherever, he's got a trusted, experienced guy who can help him start his program there. And that all comes back to reflect credibly on Mike Young's Hokies. Everybody wins.

(Sorry for the long stream-of-consciousness post. It was partly a response to seeing comments elsewhere about Webbie leaving or making Jones HCIW) 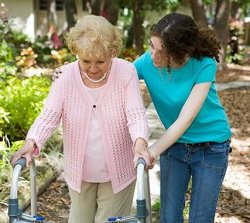