Who's Your Favorite Hokie Football Player?

Doesn't have to be the best player. Just personally, somebody is going to be "your guy" no matter what.

For me, it's a split between two players. I was at Virginia Tech from 2006 to 2011 and Eddie Royal was my favorite player when I was in college. I thought he represented BeamerBall through and through. One of the best special teams players in the history of Virginia Tech. Personally, he's my #1 WR in VT history in terms of raw talent. Comes from an awesome family with his older brother playing at Marshall and currently, the CB coach at Morehead State. His younger sister is a VTCC alum and currently serves with the USAF. In addition, I thought he was a fantastic ambassdor post-4/16 and continues to represent Virginia Tech exceedingly well.

The second guy for me was Chuck Clark. I honestly think he's one of the most underrated defensive players in the Bud Foster era. Sam Rogers said he's the only person who matched his work ethic in college. Grinded from being an unheralded high school recruit to sixth-round nobody to making over 10 million in the league. Epitomizes the lunch-pail mentality. I still don't think he gets enough credit. BAMF.

I was at VT the same time you were.

Tough to call as there have been so many great ones and there were so many great ones between '06 and '11. The top two that popped into my head were both offensive players, interestingly. I'm going to give two of each- (offense, defense)

I was at Tech the same time as Logan, so got to see Tyrod as a freshman. There are so many good players from that era that stick out to me, but Kam Chancellor is probably my all time favorite. I know they are technically not one person, but the combo of Adibi and Vince Hall was some of my favorite VT football to watch.

David Wilson for all the electric he brought and Cody Grimm for being a defensive stud for us.

Off course I can't forget Tyrod Taylor, after the Nebraska game we were on the field and he came by and acknowledged the fans before heading to the locker room, a cool character.

We were at VT the same time frame.

For me, it is and always will be Corey Moore

Bruce Smith for me- never forget my freshman year (1983) watching him get 23 sacks in just 11 games.(including the '83 squeaker over lolUVA 48-0 where we tore down the goal-posts at Lane North.

My vote as well. Out of a whole bunch of favorites, including most of those named on here already, his continued public support for VT is a tie-breaker.

Can't think of anyone outside of Michael Vick more dominant than the Bruce.

Macho Harris and Eddie Royal - not only because they were standouts during my time at VT, but because of how they carried themselves off the field.

Difficult to pick for me... But to your point about Eddie Royal, what a great man! Every home game we attended he was one of, if not the, last players to stay out and sign autographs for the kids. Not only did he sign stuff he took pictures with them, looked them in the eye and spoke to them. One of my sons fondest memories.

But Sam Rogers might embody the Hokie mentality as much or more than anyone. Walk-on who earned a scholarship and simply did whatever needed to be done. He was a starter from day one and always balled out. Justin Hamilton was another Hokie that embodied the team-first mentality like no other...

Eddie did the same thing at an "away" game at Duke, pretty sure the rest of the team was on the bus by the time he was done.

LT3 - An absolute unit of a man, put our team on his back figuratively and opponents on their backs literally season after season, nothing but grace and classiness no matter what fans were complaining about, the TRAIN-stick decleating block vs the hoos and then smacking them down on twitter with "38-0 bro" and now he's doing it in the League as a TE. LEGEND

Michael Brewer - the follow-the-play TD fumble recovery vs. GT, the T1000-esque resilience, the wild hog hunting solely to troll Arkansas...amazing how much he accomplished as a transfer.

Bryan Randall. It would have been easy for the program to fall apart after Grant Noel and MV5, but we had a true field general to bridge the gap to Tyrod and beyond.

So hard to say just one, but it's probably Tyrod. Brandon Flowers, Xavier Adibi, and RMFW are on that shortlist as well. I could end up with a list of 20+ players quickly if I don't stop myself after this sentence. 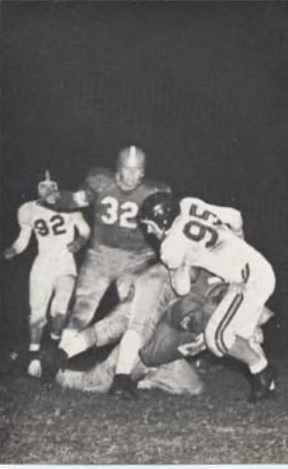 Sam Rogers. Just the ultimate football player (running, blocking, passing you name it) and a leader on the teams when I was in school. Bud said it best when he called him a bowling ball of butcher knives.

Not the reason for him being my favorite but my freshman year we sat next to each other in the math empo but I didn't know he was a football player (probably second or third week of school). We just shot the shit, complained about the empo, and helped each other out with questions. A month later I was watching a game on TV and was doing the Leo Once Upon a Time in Hollywood meme when they showed him.

Michael Vick is #1 for me. Kam Chancellor and Brandon Flowers round out my top 3.

Miss these jerseys from our ACC debut so much. My all time favorite look for us. 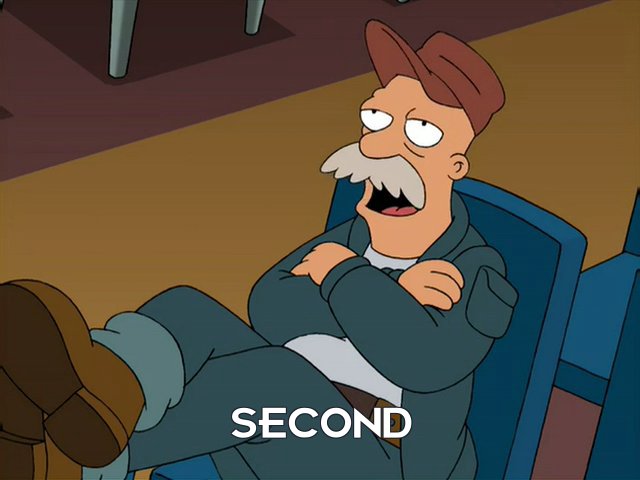 Oh! Can't forget Dyrell Roberts! The catch against Nebraska and the kickoff return against Alabama were enough by themselves.

This is a difficult one, but my first memories of going to Lane were watching Lee Suggs light up the field and he's the player that stuck in my head before I was a student at VT. David Wilson was electric to watch as well as Marcus.

Where's a "Tyrod is my homeboy" shirt when you need one?

Nah, the best were "Imoh is my Homi"

He might have been 5'4" on a good day, kid was absolute beast on the field. I can only wonder what if he wasn't suspended for the USC game?

Sam Rogers on the field, but also got a chance to spend some of my time on campus in the same circles as the Vandyke brothers, Nick Acree, EL Smiling, Alston Smith, Josh Stanford, and those guys were all just so nice and friendly.

Was Danny Coale the most talented player to ever step foot on a VT field? Not hardly. But he's the only one I know to have logged stats at: rushing, receiving, returning, defense, and punting yards. Sauce. Also as the signature goes: I found TKP after two rails from TOTS and watching the bowl game where he "caught" that ball.

Also, I know the question was for football but I'm gonna answer it in basketball too: Zach LeDay. Also not the most talented player on the court, but I saw that man outwork future lottery picks to the point where they fouled out of the game. That sweet sixteen team doesn't happen if it weren't for dudes like Zach who built the foundation for those later years to succeed.

How can anyone who watched him play not answer Michael Vick? Off field bias aside he's generational and we likely will never have another player as good as Vick

I was at Tech starting in 2011. Corey Fuller has a soft spot in my heart because I thought he lived up to the name, was ultra reliable, and underutilized.

But Logan Thomas has to be mine. Guy came in without the expectation of being a QB, then he gets forced into the role. Sucks it up, puts up numbers, wins us big games, never complained. Met him a few times on campus and couldn't be nicer to a stranger. He holds the hokie values in the NFL and I find a lot of pride in seeing him succeed

And not one person said Frank Beamer...
Bryan Randall, Bruce Smith and Sam Rogers for me. But the later ones couldn't have done it without Frank Beamer and his loyalty to the school.

I mean, he was always "Coach Beamer" for me - his playing days are a little too far in the past 😅

George George just for the name

Joey Phillips for the mullet shake

Straw poll - Which was the better flip, MV7 into the End Zone or MV5's bird in Morganhole?

MV7, Eric Green, TT5, RMFW, and DHall....I feel like we are finally heading back to getting players that can bust their way onto our lists.....kinda sad that there aren't many players that played for VT less than 10yrs ago....if any....In Pry I Trust.

Honorable mention goes to D Hopkins. I always loved the way he competed.

Anyone who does not answer Grant Noel is wrong. Legend.

So, Benny Wolfe is your favorite.

Along with the Houseright's the Roger's and Rusty Pendleton

Benny Wolfe, there's a name from the past. I interviewed him for a job about 15 years ago. Funny guy.

Easy for me. The 1st 5 minutes of that NC state game was a turnover clinic and was one of his many moments that proved he had great football instincts. He was an ultimate blue collar lunch pail type player that wouldn't "blow you away in street clothes" but wowed you on the field with his play. Would love to have 11 Cody Grimm's on my defense. Everyone's already mentioned the players that came to my mind when I read the thread...
EXCEPT FOR ONE.

His hatred of loluva was legendary. Probably Ryan Williams. I never watched Suggs or Jones, So RMFW was easily the best back I've ever saw at VT.

I agree with Ryan Williams as the best back and the most awe-inspiring to watch operate. However, my favorite overall is Michael Brewer, especially since his AMA on TKP.