#3 Hokies vs Duke for a shot at the ACC Title

The Hokies take to the mound in just under an hour. With just three games remaining, the Hokies are in the thick of it for a shot at winning the ACC regular season baseball title.

Virginia Tech needs a sweep of the Blue Devils AND a split series between Notre Dame and Miami OR a series win vs Duke AND Notre Dame wins the series against the Hurricanes.

The only thing the Hokies do not need is to see either Miami or Notre Dame get the sweep, as the former will eliminate the Hokies and the latter will require the Hokies to sweep the Blue Devils.

Forums:
Baseball
DISCLAIMER: Forum topics may not have been written or edited by The Key Play staff.
Tweet 0 Share 0 Email to Friend

Green is struggling with 2 outs today

Okay green you gotta stop leaving everything over the plate

Its just one of them games. Duke is barreling every baseball and our defense is playing the worse they have all year

Carson Jones is on absolutely fire

Nick biddison with a bomb. 5th hokie bomb of the day😂

Who put the flubber in the balls? Crikey.

Duke with a homer😂

This game is drunk😂

Coming to this late but based on previous comments : underrated

Not ideal to give up 11 runs but when the bats are that hot it worked out.

Giving up 11 Runs and still winning by 4.

Funny that uva fans on the sabre is crying about tech getting home field advantage on that Schobel home run where it was CLEARLY fair and over the pole. I think they need some new glasses or eyes cause they must be as blind as the umpire who orginally called it foul😂

ACCN is all messed up on YouTubeTV. Guide says Duke @ VT staring at 7:15 pm. They're showing Notre Dame vs. Miami. I come here to figure out what's happening - to find out i missed a heck of a game.

Forgive me if it was posted elsewhere but what are our rooting interests this weekend again? Aside from VT of course

We need to sweep and have nobody else sweep.

VT has that knack for winning games -- low scoring nail-bitters and high scoring HR derbies -- and often in come-from-behind fashion. It's hard to win both styles of games, but that's why they're knocking on the door of an ACC championship.

Hey man, I get that it's disappointing but you don't have to inflict that level of self-torment.

You know. I don't hate the album. I mean it's not good but you can hear somewhat of a decent album under Lars snare😂 in case of point its S&M2 when they play All within in my hands. It's so great under that setting 😂

I'll have to find out one day. I bought that album day 1 and after the last track ended, I gave it a well-considered chuck out of my moving car onto the shoulder of I-40 somewhere between Cary and Durham.

Between Star Wars and Metallica (and just being 15-19), 1999-2003 was a string of disappointment from my favorite things.

Compared to Star Wars and Metallica today, those were golden years.

Counterpoint: Death Magnetic was their best album since ...And Justice For All, and TFA & Rogue One are both top 5 in the canon.

Hardwired is much better than Death Magnetic. Full stop.

Ehh Imo hardwired is inconsistent while Death Magnetic is banger after banger. Also I think Death Magnetic being one of the loudness war albums doesn't help either

Fair point. I think there are just better songs on hardwired. Title track is killer. Now that we're dead is great. They opened up recent tours with Atlas Rise. And Moth is a good one as well. Better top songs on that vs. Death IMO

I enjoy any of Star Wars that has come out since 2008 so much more than any of 1-3. I have tried rewatching them and I literally can't.

Keep an eye on ND and Miami series. Hokies can win more than Miami and claim the #1 seed heading into the ACC tournament I believe. 🧹 is ideal for the good guys.

There's no commentary on this game, right? Or is my audio jacked up

I'm not getting any either. At least we can keep updated on Miami ND with the TV on the background while while streaming - LOL #STOPACCNx.

Mine is coming in now thankfully

Home run VT - who knows who. Up one, just like ND.

Remember, we probably allocated most of the broadcasting gear for the softball game, as it's a regional. Hopefully espn/accn will bring in more if there's ever a day with both (lol they probably wont)

Notre Dame just hit a home run to lead off the 5th. 3-0 Irish

Good guys lucky to be up one at this point. overcoming mistakes on D, and nothing on O. Let's Go.

Jones is absolutely crushing the ball

I think Hackenberg day should be done after that

Big out. ACC about to be decided.

Fuck!!! internet glitch, see a pause, coverage comes back on with a different score and now way to rewind. Watcing an AACNx, and still miss the parts most likely to make the highlights,

Not quite. Still would depend on tomorrow (although our winning percentage still puts us ahead in case we both win or both lose.)

I liked this slightly less but you still got legs

Miami made it interesting, (bases loaded with 2 outs before ND pulled their pitcher).

Miami-ND play at 1pm. If ND wins, then we will lock up the 1 seed before the game.

Oregon State has lost its first two games against UCLA this weekend. A win today may move us to #2 in the polls.

Holy Crap! 3 HR! Looks like there is some trash talking! Duke sucks!

3 home runs in the first four at bats.

Where can I watch?

Based on the radar it's coming.

Can a game be called early on account of weather?

Yes. And it has a higher chance because it's a travel day

Yes, after the losing team has had 5 at bats.

I was going to respond "as long as they've completed 5 innings," but you just said the exact same thing in a different way.

Miami looks like they are going to win, so if our game gets declared a no contest both Miami and VT finish with a . 666 conference winning percentage.

According to the ACC tiebreakers, both teams are technically declared co-division champions. For the sake of tournament seeding, the tiebreaker is head to head and VT won 2 out of 3 vs Miami so we would get the #1 seed.

I don't understand the logic behind a co-champion with a tie in the division standings despite having beat the other team 2/3 times...who came up with this shit?

Agreed, and what will be interesting is what seed they would give Miami. It says that the division champions are seeded one and two with no mention of co-division champions. According to how I read it, both the Atlantic champion and Miami have an argument for the 2 seed. #goacc

Looking at a 5:10 restart time

Get 2 more outs then let it pour!

Miami won. The boys know what to do

The feed is back up. Restart in 2 min.

Well, we're gonna have a decision.

One of my favorite sayings when it comes to Tech. Who woulda Thunk this in blacksburg 😂

I'm going to go out on a whim and say Carson Jones will be in the starting lineup for the ACCT. He's gotta be ACC player of the week.

Yeah I agree. Having another power hitting lefty is always a great thing to have in a lineup

Coach Szefc has been exactly as advertised when Whit hired him. He managed a full rebuild and now Tech is fielding one of it's most accomplished teams ever. No telling what they'll achieve if they keep playing with this much confidence.

Any word on when the pool play schedule will be finalized?

Just did a couple mins ago. Hokies play Thursday and Friday at 7

Whoever designed that opening graphic should be fired.

Why do they have the #1 seed playing Thursday, Friday, likely Saturday and possibly Sunday, while some lower seeds get a break between game 1 and 2?

I thought I read somewhere that we got to pick our time slots. Having the Thursday game means we know which team we have to beat to advance (we win the tie breaker as the higher seed if the pool ends up tied at 1-1).

This is correct. They mentioned this on the TSL podcast yesterday.

So the ACC baseball tourney has started so I thought I'd flip over to the ACC Network and watch a game just to find a Louisville football game replay on. I know football is a more popular sport but I have to think that the LIVE ACC baseball tournament would draw a larger TV audience than a replay of a .500 football team from last year.

Probably the top baseball conference in the nation this year and you don't even bother to televise the tournament? Unbelievable

It's televised on the RSNs for the group stage, ACC Network for the semis, and ESPN2 for the final.

Hokies enter the postseason ranked #2 in the country.

Insane. Just gotta figure out a way to convert these awesome teams into a NC!

I just saw that of the 7 VT players selected to the All-ACC team, we have 1 junior and 6 so/fr. Holy cow! I didn't realize we were that young of a team. 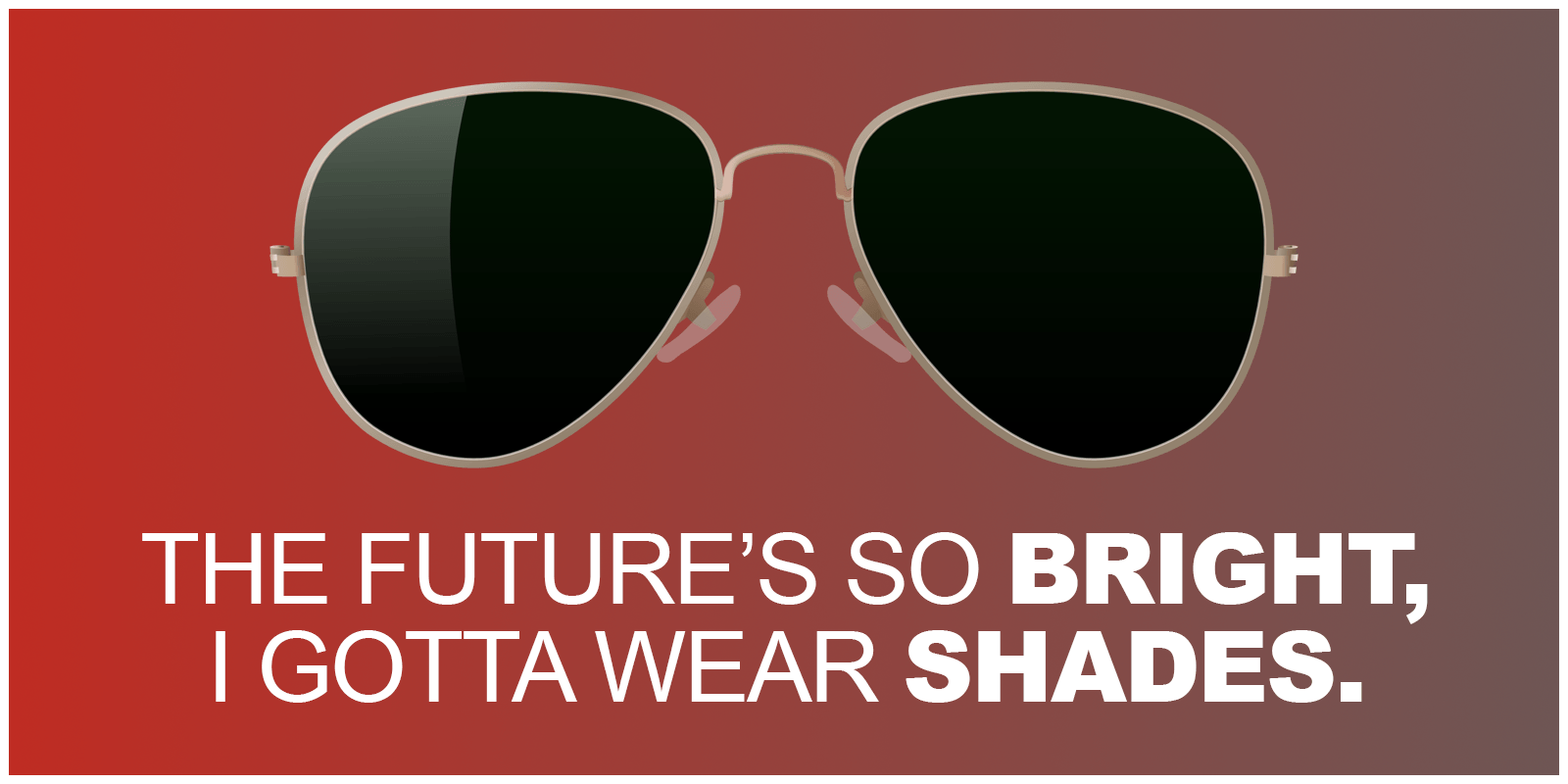 UNC beat Clemson in the first game of our pool, so they'll be the team we need to beat (Friday 7pm).

Oh good, that's the one game I'll actually be able to watch 😅

I've got my tickets for Friday evening! Hoping the weather forecast is wrong.

Am I the only one that finds this format stupid? If NCSt holds on the semifinal is set between NCSU & Pitt with 2 more days of "pool play" left. Tomorrow's schedule has 2 games with zero impact on the conference championship (VT being one of them).

Why not just do a 12 team single elimination tournament and give the top 4 teams a bye? The other alternative would be 8 teams: 2 four team pools of double elimination and then each pool winner faces off in the final.

They had a different format before the ACC expanded. You are right though the current way leaves a lot of useless games. Someone mentioned it above, UNC beat Clemson so the only game that matters to Tech right now is beating UNC.

came to TKP for the sole reason to complain how stupid this format is...was just lookin at the schedule and realized 3 of the last 6 games in pool play have zero impact on the tournament. 2 of them because the pools are already decided and 1 because of the tie breaker rules (our game tonight means nothing if i understand the format correctly). who came up with this nonsense?