Malachi Thomas back on the Depth Chart

Finally got a chance to analyze Virginia Tech's depth chart ahead of Pitt on Saturday (3:30 p.m. ET, ACCN).Notes on the #Hokies: pic.twitter.com/KOfHu6YxYt— David Cunningham (@therealdcunna) October 4, 2022

Great news, but don't fall into the trap of having hope that this will substantially improve anything. Tempered expectations. 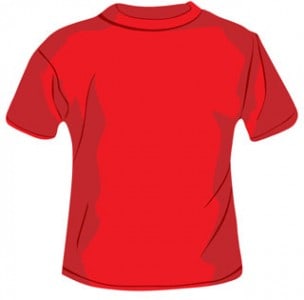 As long as it isn't a Star Trek Red Shirt.

I'm not sure it's really worth it. I think Malachi Thomas is a solid P5 running back who has shown some better upside than even expected last year. No reason to redshirt him. RB replacement level is too low to worry about this kind of eligibility math. If he's elite enough for us to want him to be here as a R-SR, he's probably going to be in the NFL before that. You add in the portal era and redshirts once again start to become less relevant from the school's perspective. He's a true sophomore and if he gives us a better chance to win some games this year you play him. He will still have 2 full seasons left after this one if we don't redshirt him.

If HE wants to be redshirted, then sure you let him redshirt. I don't see a reason why the staff needs to be worried about his potential to be here in 2025 over his ability to help us win football games right now.

If he's truly 100% healthy- agree. With the portal, if you sit him for 7 games just because, he will bounce anyway. If he is 75% like Holston is, I think you try to redshirt him though

Right. There are two key parts to this equation for me in regards to redshirting possibility:

1. Does HE want to redshirt? If Malachi Thomas feels he's not going to be able to contribute this year and/or wants to maintain his eligibility you let him redshirt.

These two questions are likely tied together to some degree as well.

Agreed, he needs to be involved in the decision. If he doesn't feel that he will be back more than 80%, the coaches should recommend red-shirting for him to get back to 100%.

I think the portal point is key, and understanding what he wants/needs.

It used to make sense that young players should always willing to redshirt if its the right thing to do. Maybe they needs time to learn the playbook, or work on techniques, or even needs to bulk up in the weight room.

And that can still be the case, some guys just aren't college ready right away. Heck, its not too dissimilar from the LONG list of VT players that have gone on to the NFL draft when it was clearly not the best move, we could make a pretty competitive college team of guys that left early and didn't sniff a productive NFL career. If, in either situation, they have people in their ears encouraging them to do the wrong thing it spells trouble.

But, the program is in a bad place and you add that to rule changes plus multiple examples of guys leaving VT and going on to have productive college careers at other schools. So who would blame a guy for trying to take a "shortcut" to more playing time?

Meadows passed Miletic at right guard which is interesting. Hopefully that means he's had a good fall and not that Miletic is injured.

And Bryce Duke is not on the depth chart at RB or kick return. Thank God we burned his red shirt. Is he hurt?

No, he's not hurt. There's only so much room on the page. Pry mentioned him in the press conference as a guy who would continue to see some opportunities in short-yardage situations due to his ability to run North-South with authority, and would continue to get PT on special teams

Has he played in all 4 games?

He is listed as having played in four of the five. He did not play in the BC game.

The redshirt will not be burned if he doesn't play again.

According to Bitter, HokieSports does not list him as having played in the BC game but he was in for kickoffs, so his 'shirt has been burned.

Duke is going to be an ace on special teams the rest of this year- Pry indicated a larger role for him there to justify not redshirting.

Artis completely out of the depth chart and in his replacement a three headed snake of redshirt freshmen.

Think Daequan Wright will be a mismatch in a couple years.

Artis got injured last game right? I think I remember that happening.

Maybe WVU because he wasn't on the last depth chart either

On phone so not embedded but this is mid week Pry media availability. Listen to the first 20 seconds because he talks about Malachi.

Walter Payton couldn't run behind this line. Don't get Thomas hurt to try and go 4-8 instead of 3-9

I think we as a fanbase are so desperate for an improved run game that we are placing high hopes on Thomas improving things. He showed some flash last year which is awesome, but I don't think his return will change much. I think we need to temper expectations.

agreed. There are lots of things wrong with our offense. Plugging in one, presumably more talented player, at a single position isn't going to do much to move the needle. When virtually every facet of the unit is broken, fixing one isn't going to fix the whole thing. And of all the singular fixes to make to improve the offense, inserting a slightly more talented RB is going to move the needle the least, IMO.

I think Thomas will be key to success in the last 4 games of the season. We are going to start feeling the squeeze of depth and injuries (especially after these next 3 games). We need someone who can give Keshawn a break (without stalling what little offense we have). Thomas (and the snaps he 'saves' King from taking) might be the difference between losing or winning a game or two down the stretch.

Wasn't there talk of King taking some reps at wr over the summer? Could we put a healthy Thomas at rb and King at wr to get our most explosive guys on the field at the same time. Maybe it helps open up the offense at least a little. That depends on Thomas being close to 100%.