As Hokies Celebrate Their First Dance in a Decade, Buzz Williams Refuses to Keep Expectations Low

The head Hokie is aiming for a bit more than just a tournament appearance this year. 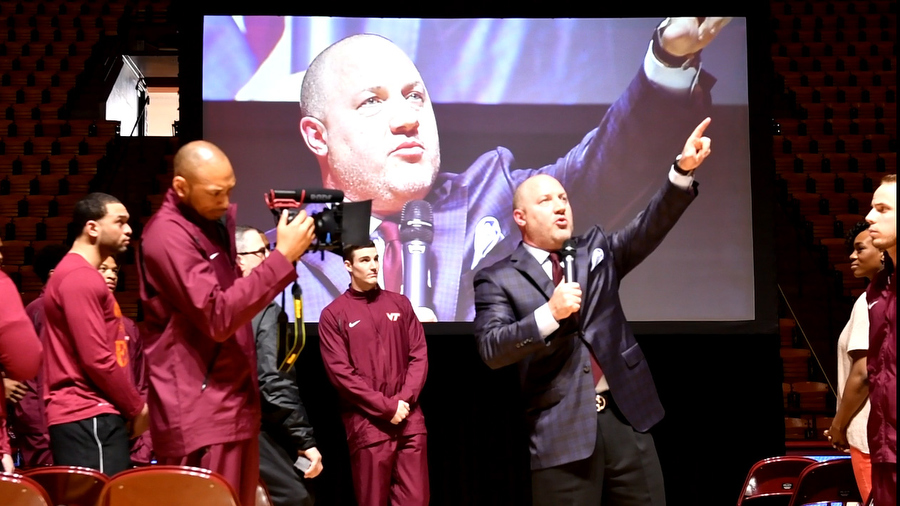 A reasonable observer might assume that merely earning Virginia Tech's first NCAA tournament bid in a decade would be enough for Buzz Williams.

But, for better or worse, Williams has never been especially reasonable in his expectations for his program. So a couple weeks ago, as it seemed increasingly likely that the Hokies would go dancing for the first time since Seth Greenberg's days back in 2007, Williams decided to challenge his team to think a little bigger.

Accordingly, even as fans packed Cassell Coliseum to revel in Tech's newly earned ninth seed, Allen says he tried not to get too carried away just yet.

"When they called our name, I was happy, but I didn't want to celebrate until we won a game," Allen said. "I just wanted to stay even-keeled, even-minded, not get too happy."

But Williams is at least willing to disregard a little of his own advice, and revel in just what the tourney berth means for his young squad, which lacks a single player with tournament experience.

"To be able to be a part of anything that's first is always special, so it's really neat," Williams said. "Those are the kids that have dreamed their whole life of having this opportunity. Along the path of pushing them harder than they're used to being pushed, you're trying to explain, 'This is why,' but they don't understand it because they haven't done it. That's why the teams that win always win and the teams that lose always lose, rather that's business or sports. And anytime you've seen one that's been flipped, there's a lot that's taken place."

For a player like Justin Bibbs, who's stuck with the program since the dark days of the James Johnson era, it provides a good deal of validation that his decision to stay in Blacksburg (even through attempts to lure him elsewhere after Williams joined the program) was the right one.

"It's pretty amazing and indescribable," Bibbs said. "I still can't believe it."

Allen says the whole moment felt particularly surreal, not just because of what it meant for the program, but who Tech's opponent ended up being. He'd journeyed over to the team's practice facility with some of his teammates to take in the Big 10 championship game (he says that's a necessity, because he doesn't have cable) where he watched Michigan handily beat Wisconsin.

A few minutes later, he learned he'd be facing off with the Badgers in Buffalo.

Williams has a bit of history with the Badgers from his days at Marquette — he went 3-3 against the Badgers in his Marquette career — but he says he has yet to fully study the squad in its current iteration under Greg Gard. But he does have one overarching observation so far.

Indeed, the Badgers certainly play at the glacial pace favored by Tony Bennett's Cavaliers — they come come in at 201st nationally in points per game, just a bit behind Tech's 47th ranking — and they too have the size to cause the diminutive Hokies some problems.

"They're a really good, veteran team," Allen said. "They've got guys who've played a long time in college, and you really need to guard them and keep them off the glass."

Williams said it certainly is significant that the Badgers have some players with Final Four experience, while his group has only a few ACC tournament games under their belts, but he isn't too concerned about Tech's experience deficit.

"No matter who we played, unless it was Northwestern, we were going to have more newbies than they were," Williams said. "That's part of it."

There's been some grumbling that the Hokies ended up a ninth seed and in the position to face the Badgers at all (Williams confessed that he thought the Badgers would end up with a higher seed and would avoid the Hokies) but, in general, the team is taking their lot in the bracket in stride.

Allen called the whole seeding process "confusing," so he decided to engage with the main thing he can control.

"I try to stay away from it, because I think it takes you away from what you do in basketball," Allen said. "I don't know if nine is fair or unfair."

Instead of getting riled up about the team's seed, LeDay says he's merely trying to keep everything in perspective.

"I just think about the faces that were here on day one, when we didn't have nothing," LeDay said.

Indeed, Williams says that — even as the national media heaps praise on the rebuilding job he's pulled off at Tech — he wouldn't be dancing this March without plenty of help.

"Devin (Wilson) is the only remaining player since day one, so there's been much so much change that to say it was only me, is wrong," Williams said. "It's not only selfish but it's wrong."

I really respect Buzz's outlook, drive, and confidence. I love how he attributes the team's success to what it is: a team effort by more people than can fit on the bench; especially the compromises and sacrifices by the spouses/families of the staff who don't get to see enough of their loved ones this time of year.

It's obvious that what people said 3 years ago is true: when Buzz gets players that buy into his system and work ethic, special things happen. Regardless of how our Hardcourt Hokies do in the Tournament, we've got a Final Four coaching hire in Williams thanks to our Championship-quality AD, Whit.

Whit does deserve credit for seeking out and obtaining a coach with character and is a mentor to these young men. Learning lessons for life is what college is about, not learning to expect 'silver spoon' treatment.

Thanks Whit (and Buzz)!

We have Mick Cronin to thank as well... I believe the story was that Whit went to him to get his advice first and he mentioned Buzz's name and it ended up being that both Mick and Buzz had the same agent so it got the ball rolling fast.

I was under the impression that Buzz acts as his own agent. Is that not the case?

Damn, I bet we'd be a top 10 team if Buzz would stop being Mick Cronin's manager and spent more time coaching our team!

This is why I love me some Buzz. Go for it all, whether you get it or not.

I have always thought that no matter what line of work you are in, when recruiting or hiring people, the "FIT" is more important than the talent level and Whit has done an incredible job of hiring the right people who know how to recruit the right people. Va Tech is well on the way to becoming the school where recruits want to be a part of because of our culture. I am very proud that B-ball is back and dancing. GO HOKIES!!!

I am physically incapable of filling out a bracket that doesn't have the Hokies winning it all.

Tourney pools will not be my thing this go-around.

When I started filling it out I hadn't planned on picking us to win the whole thing, but next thing I know we've just beaten Carolina 93-89 and there's confetti all over my screen.

As much as I love our team, I can't see us getting past Duke in the Elite 8.

I agree.... but we have to also get past Villanova to get to the Elite 8... not to mention Wisconsin.. Looking at Bing search 82% of entries favor Wisconsin.

I guess they are primed to be amazed with the 3-ball onslaught they will face.

Well I guess there's only one thing to do

We seriously have a tough draw, but we are a 9 seed so it makes sense. I think we can beat Wisconsin. I so badly want a shot at the 1 seed.

I love all the positivity. This is me however. 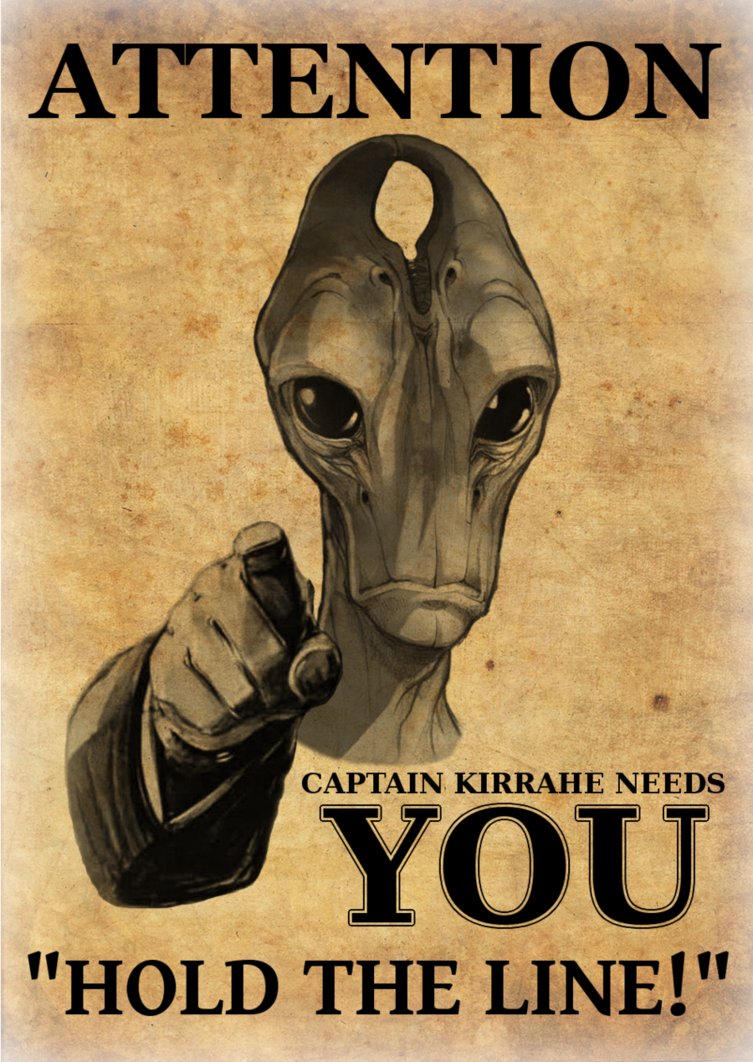