All of Virginia Tech basketball's problems come to a head as they fall 65-39 to Virginia. 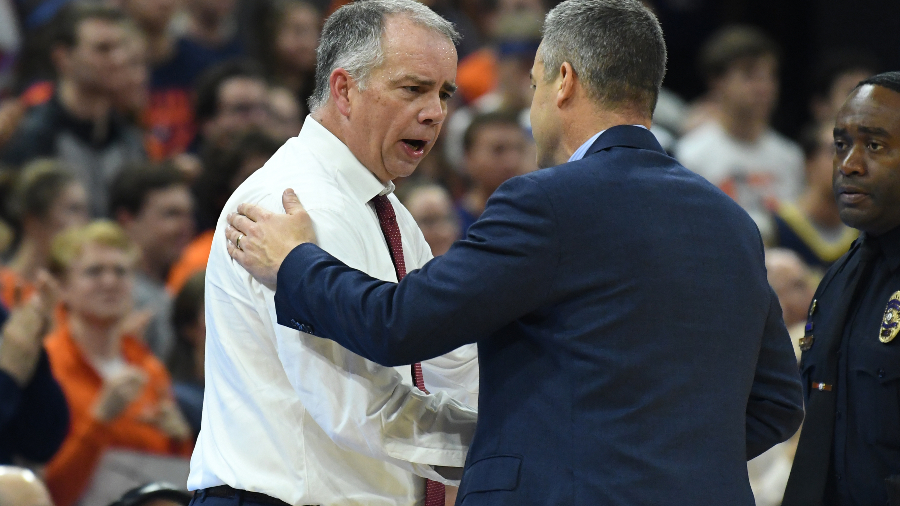 My parents live in Blacksburg, which means I get a chance to head to Cassell while visiting for Christmas. And though the last game in December is always a snoozer — I've had the privilege of catching the University of Maryland Eastern Shore Hawks the last two years — there's always something interesting to take away from it.

Last year it highlighted the depth Buzz Williams had built over the last three seasons. Nickeil Alexander-Walker was out, and not only did the offense not miss a beat, but the guys off the bench thrived in their extended minutes. P.J. Horne and Wabissa Bede, who at the time were just role players, proved their ability to fill in should one of their higher-usage teammates go down.

And when Justin Robinson broke his foot in late January, they had to do just that. Tech kept winning, in part, because those secondary scorers were ready.

There was a takeaway this season too, but it wasn't as positive. Mike Young and his coaching staff have a very interesting problem heading into 2020, and it wasn't the one we've all talked about since they won at Clemson.

Yes, the Hokies are undersized. And big time programs with loaded front courts can take advantage of this with relative ease. But last year's squad was similarly tiny — often relying on Kerry Blackshear as their lone post presence — and instead used their lack of size to their advantage (playing fast, forcing turnovers). So how did they turn a perceived weakness into a strength? By making sure every other player who touched the floor could play defense.

Bede, Robinson, Alexander-Walker, and Ahmed Hill could all hold their own on that side of the court, and though neither were exactly fleet of foot, Horne and Ty Outlaw could contribute via rebounds and physical post D. The 2020 Hokies don't have this luxury.

They have exactly four people on the roster who can play defense — Landers Nolley, Bede, Horne, and Tyrece Radford. This means at any time, Tech has one-to-three non-defenders on the floor.

John Ojiako tries, but he still struggles (especially with team defense). Jalen Cone may get there, but his height will limit his overall effectiveness guarding man-to-man. And Naheim Alleyne and Hunter Cattoor? They...yeah. Let's just say they need a year or two.

But one poor defender out of five doesn't seem like a huge deal, right? Hide them on the worst opposing offensive player and hope they can bring enough on the other end to make up for their deficiencies.

Normally, that might be enough. But there's a second part to Tech's big problem. Young has an impossible choice — if he plays his four best defenders together, the team doesn't have enough scoring juice to compete. Radford and Bede simply can't coexist and run a functioning offense. Bede's shot is up-and-down, and he still hesitates from behind the arc. And while Radford would be a must-play if he were 6'5", a 6'1" guard who's a complete non-shooter destroys whatever space they try to create for Nolley.

So what is Young to do?