The Hokies are #19 in the country have have played beyond expectations so far. What can they improve on and tweak as they head into ACC play? 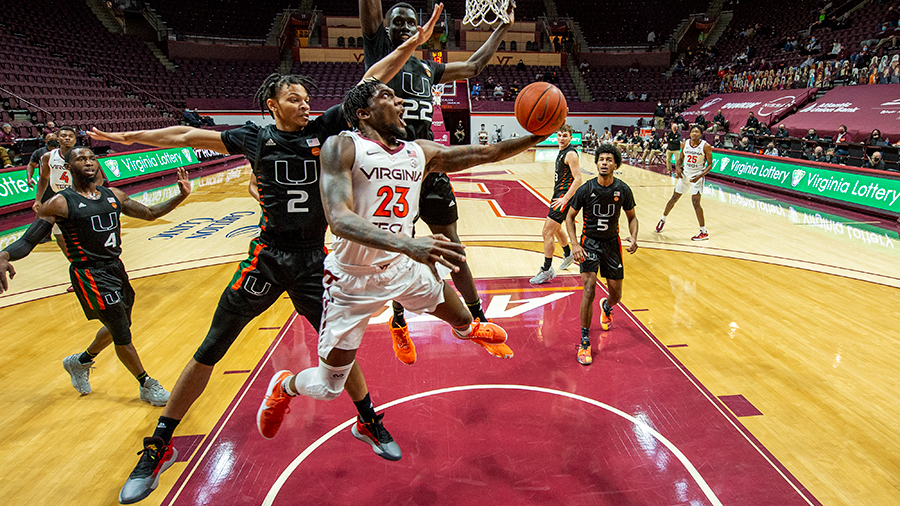 I love self-improvement, and anyone who takes the time to evaluate themselves and decide what they want to do to get better has my full respect. But using the ball drop and a calendar change as the inspiration you need to better yourself just feels a little phony. "New Year, New Me" is something Instagram sells you so they can keep pushing you workout videos and ads for whatever blender meal is popular today.

But as the page turns to 2021, the Virginia Tech men's basketball team has a real reason to make a few resolutions to start the year. They're a third of the way through their 27-game season and are staring down the barrel at a full slate of ACC games.

And outside of one bad week (where they looked miserable against VMI and Penn State), the Hokies have largely played well. They've found their strengths, have already evolved from last year's chuck-and-duck squad of shooters and look like they could take advantage of a conference that's down across the board.

But if Tech wants to turn the corner towards March Madness contention, they're going to need to self-evaluate and find moments of improvement as they move forward. Here are a few resolutions I'd recommend:

The Hokies raced out to big leads against Miami in the second half because of their hot shooting. Tech hit four of their nine triples in a small stretch of time between the last four minutes of the first half and first four minutes of the second. They led by 17 after Justyn Mutts hit a three with 16 minutes to go, and seemed to be well on their way to rolling the Canes out of town.

The Hokies won the game, however, because of all the things they did inside the three-point arc offensively. The game got tight after Miami hit a few jumpers to get back into things, the forever fickle nature of Tech's three-point barrage went cold, and they needed to get a bucket the old fashioned way.

This has been a theme of the Hokies early jump into ACC play — stretches of hot shooting, propped up by getting to the basket consistently. It may be their biggest improvement from last season, where Mike Young's team quite literally lived or died by the three. Though they still lack credible ball handling guards to create their own shot once Cartier Diarra decided to opt-out, the Hokies are finding other ways to get to the basket.

Mutts is so fun, y'all. He sometimes plays a little out of his depth, especially as a playmaker. He turns the ball over too much, and will commit at least two dumbfounding plays a game. But he's so good at a bunch of little things, and plays with such energy and resilience that he's hard to keep off the floor.

Look at this clip. The Hokies run just a bit of simple action to get one of Mutts, Wabissa Bede or Cordell Pemsl an easy look at the basket. Bede comes off the Pemsl screen, drawing both his defender and Pemsl's. Mutts' man, Matt Cross (No. 33), was in a no-win position here — basically forced to shade Bede's pass to Pemsl and still have eyes on Mutts on the perimeter.

After denying the pass, Cross jumps out to Mutts (who is a credible enough shooter to not leave wide open). Mutts doesn't wait for his defender to reset, taking Cross off the dribble while he's still on the move, crossing over and finishing for a nice layup.

This is a blast. Tech hasn't had a forward who could put it on the deck like that since...Deron Washington? I wouldn't want him to do it regularly — again, Mutts' turnover percentage is an astronomical 31% — but it's one way Young can attack mismatches. Bede may not be able to score regularly on a drive, but using secondary attackers like Mutts to get to the rim is a nice option to have in your pocket.

They also get high percentage shots the old fashioned way — posting Keve Aluma up and letting him go to work.