Oh, This Might Be Fun: Virginia Tech Basketball Through One Week

With shooters everywhere, a point guard who knows how to distribute and a group of improving role players, Virginia Tech basketball may just have the pieces to make some noise this year. 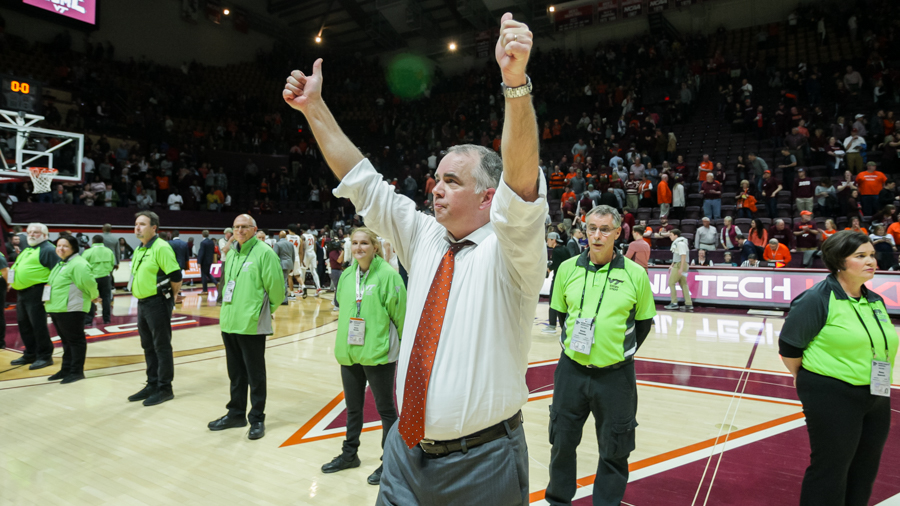 The Virginia Tech men's basketball team started the season off on the right foot, with four blowout wins in four tries. The Hokies have plenty of familiar faces back from last year's NCAA Tournament run, and combined with a few key changes, could make this season one to remember. Though the true tests won't start for another week — the Hokies will have one HELL of a holiday season, with Memphis, Maryland, Wake Forest, St. Bonaventure, Dayton, Duke and North Carolina between Thanksgiving and New Year's — we can still glean a few things about this iteration of Hokies Hoops.

They can really shoot.

Whenever I hear that a team has "five guys who can shoot it", I always approach it with a bit of hesitancy. Sure, some players can shoot it. Mike Young could call me down from the stands and let me spot up in the corner for a few minutes and I'd shoot it, but that doesn't mean ACC teams would feel the need to scheme against me.

So naturally when Young talked about having shooting all over the floor, I wanted to wait and see. Yes, they had it in theory, but would it show up in a live game? Needless to say, this will be the last time I question the great Mike Young.