Tech adds another Keystone State prospect to its 2018 class. 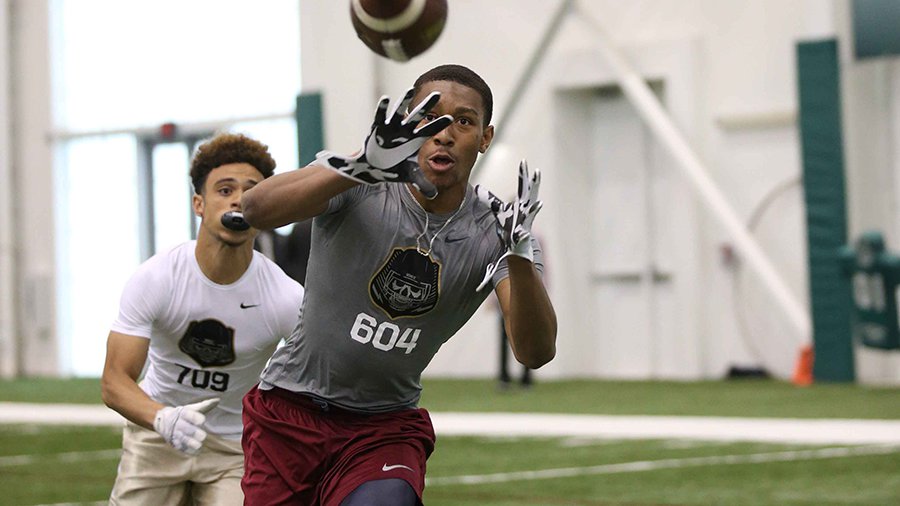 Simmons looks in a pass at the 2016 Nike Football The Opening Regional in New York. [Student Sports]

Simmons hauled in 34 passes for 526 yards (15.5 YPC) and 3 touchdowns last season. That includes a 35-yard touchdown catch in the PIAA Class 6A final in which his St. Joseph's Prep squad capped off a 14-0 championship campaign.

The 247Sports Composite ranks Simmons as 3-star recruit, though both Rivals and ESPN rate him a 4-star prospect. The Four-Letter's "bottom line" assessment of his game follows.

Simmons is a physically impressive prospect who certainly looks the part of a Power 5 wide receiver. He's not going to make you miss in space, but he has all of the other physical and mental traits needed for the next level.

Simmons is the second Pennsylvania product to commit to Tech's 2018 class — safety Nasir Peoples committed in February — but Simmons is the first with the body type and skill set to play split out wide for the Hokies.

And now he is set to convince others to join him in Blacksburg.

"I think I'll be one of the best recruiters on the staff," Simmons told Rivals. "I have a lot of relationships with a lot of players and I will be trying to add to the class. I'm going after everybody."

Very good size. Nice short burst and short choppy steps, which helps him set up his break on quick curls and avoiding tacklers on screens. He can win vertical jump balls. He blocks aggressively. He covers kicks. When you look at the route structure and what he does well, he is strong in most of the facets that Fuente's receivers at Memphis were strong. Simmons looks like a very good fit. 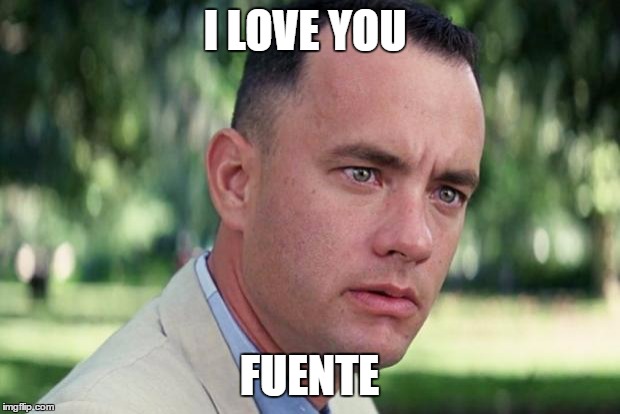 Then you read it out loud with "Forrest voice".

And it becomes something so much more.

Thank you, Jason. Arlington is a lucky city.

Read out loud it sounds like, "Fwen-Tay" not to be confused with "Jen-Nay"

Definitely a prize to have. We look forward to seeing him fit into the CJF offensive machine. I'm just hoping this is not just a temporary 'Junior' commitent.

Yeah baby. Great get but

opted for the Hokies over offers from Penn State, Maryland, Tennessee, North Carolina, and West Virginia

is my favorite part

For realz. That's a who's who of who gets a big ole eff you from the Hokie nation.

Pat Narduzzi also offered. He can help himself to one of those eff yous as well

"Simmons did a great job of pushing off. Our entire program."

He's going to be a big time recruiter for us as well. Think of CJ Reavis back in the day (who is still very much a Hokie.)

Him, Peoples, and Kyle Pitts are best buds. I think we're in the drivers seats for Pitts.

I feel for pain.

I think the best part was his commitment tweet referencing the Ozzy song. He is ready for Enter Sandman.

Leg for getting it.

Now let us all sing in celebration:

Sorry to be the Debbie Downer but it's a common enough phrase these days that I have serious doubts he was actually referencing the Ozzy song, at least intentionally.

"I think I'll be one of the best recruiters on the staff," Simmons said. "I have a lot of relationships with a lot of players and I will be trying to add to the class. I'm going after everybody." 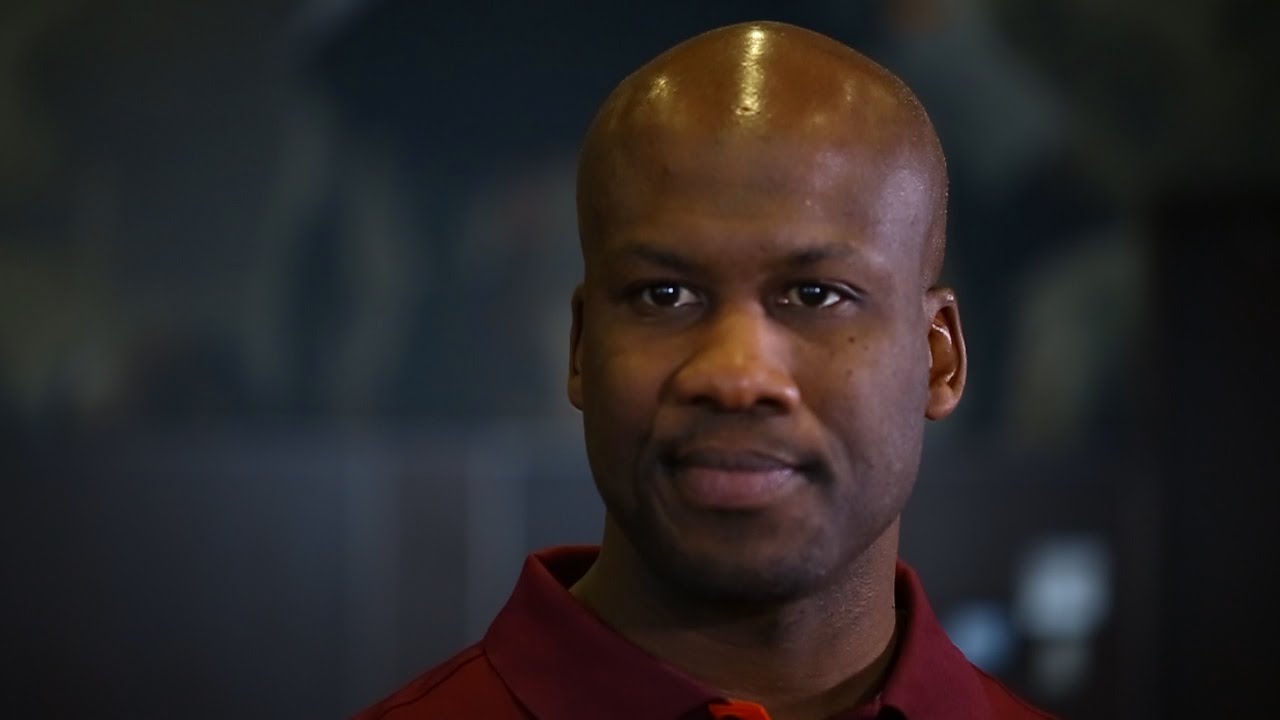 The leg of all legs for you good sir.

I'm liking the looks of that.

This recruiting class is shaping up nicely.

Looking forward to the day when we remember Ford as "that guy who started the string of seasons with 1000-yard receivers."

This is why I enjoy the recruiting process. This guy was not on many people's radar for us, and sure enough we land his commitment in a change of events in a matter of a few days. I also understand his comments on recruiting as he has ties to Kyle Pitts who is exploding. Now we need to push for Tre Turner and Dillon Spalding to round out the receiving core.

Don't get the feeling spalding is a priority for the staff. George, Turner, Pitts and Mitchell rounding out the receiving group (Including projected TEs) would be as good a class as I've seen VT land.

The best part I like about it is the main recruiter for him. After a subpar year one, Mitchell is on the verge of having a redemption year as a recruiter if he keeps reeling these guys in.

Hey! I can actually chime in with something useful here. My little brother's girlfriend's brother (that's weird to type) is being recruited by Mitchell. She says he's a great guy and the family all really likes him.

Oh you have said too much. I will find him..

Or you could, you know, ask.

Where's the fun in that?

So in West Virginia, you were in a band with your brother-cousin?

It's all fambly, right?

Hooker to Simmons for the win. I like the way that sounds...

Our passing attack is going to be so damn good in the future.

Only if the O Line continues to improve.

I so wish it was that easy. Seems like we haven't had a good O line since Bryan Randall was the QB. Good players yes, but as a line...

I'm in total agreement. I'm glad I'm not the only one posting on this. ( I'm sure others agree but just haven't posted. )

Turkey leg for you good sir.

One full week and nothing new to read about. May sucks!