Virginia Tech hopes to add a Palmetto State running back to its 2018 recruiting class. 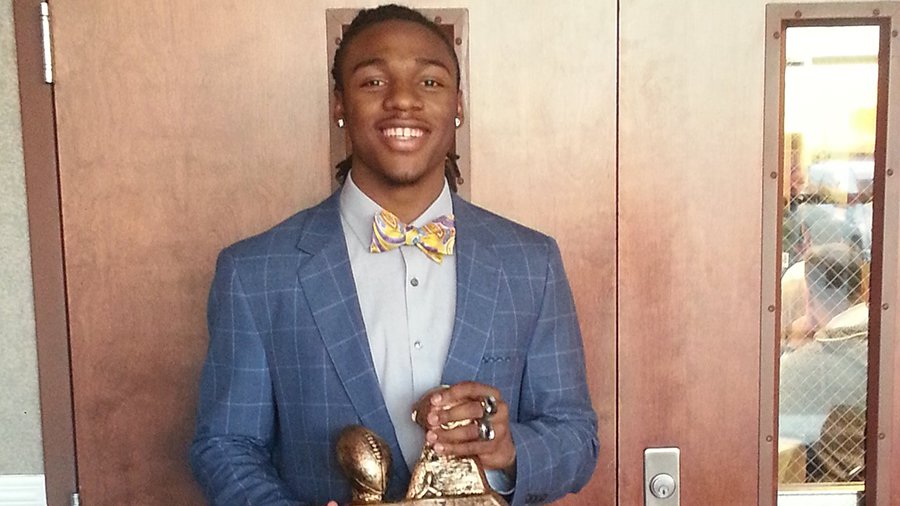 Ask McCormick HS head coach Russ Schneider when he realized Mataeo Durant was a Power Five talent, and without hesitation he will answer when he met the then freshman for the first time.

"Mataeo is probably the most humble, polite young man I've ever met that will knock your head off and then help you up," Schneider told The Key Play.

Though primarily a running back and linebacker, Durant does it all for the Chiefs. He's played wide receiver, wing, quarterback (to execute the zone read), defensive end, nose guard, and safety. As a junior, he rushed for 1,275 yards (11.0 YPC) and 16 TDs in only 6 games (due to an early season ankle injury). Durant wants to pursue a business degree and plans to make his commitment prior to his senior season.

"This kid's a once-in-a-lifetime kid you get a chance to coach," Schneider said. "As a player, he is by far the most amazing high school football player I've been around."

Virginia Tech offered Durant a spot in its 2018 recruiting class as a running back, and the Hokies sit well for a crack at his services along with Duke, Wake Forest, West Virginia, East Carolina, and Wofford.

"They have a great football program," Durant said of his interest in Tech. "I loved the environment when I went up, and their educational values. They graduate a lot of their seniors and players."

Durant visited the Hokies in April, and a firsthand look at Tech's spring practice was a highlight of the trip.

"They use the (running) back a lot," Durant said. "He's very key to the offense. They put him in different situations. He's a pass catcher. He's running the ball. Different things."

"He hits this gear out of nowhere," Schneider said. "We know on any running play if he gets outside the tackle it's a touchdown. It's automatic."

Durant's highlight film backs up that claim more often than not.

"I put him in the slot, on that wing. We'll unbalance that one side, and he'll come in motion on the jet. He's just fun to watch.

As a matter of fact, this year he stiff armed two kids and got personal fouls on it, because it was such a hard stiff arm and they waved the flag. That's how strong he is."

And while Schneider is certainly bullish of Durant's mix of quickness and power, he's in awe of the young man's kind character, leadership qualities, and work ethic.

"Everybody talks about the football player, but the kid is by far the most amazing student athlete I've ever coached in 20 years," Schneider said. "That includes non-athletes."

His balance reminds me of David Wilson

Love how the ball carrier's forward motion stops when he meets this kid.

His arms are about as long as Kevin Durant's.

Oh yes, he sure sounds like Hokie material. Tommy likey.

These were a couple of interesting quotes from Mataeo that didn't make the story.

"We ran a screen play, and the dude, he was coming back into the screen, and I tore him up. Blocking is fun too."

"The schools that have offered me now, they're the schools that are most excited about me as a player and as a person. Instead of a school offering me a month before signing day, just to offer me."

That quote on blocking by itself has to make Fuente all sorts of excited.

Would be great to have a talented player with good character.

I really look forward to the commitment/signing news this season!

He is a beast.

A 247 rating of .81?? What am I missing, that seems pretty low compared to what I saw on tape. He's got a 4.4 40 yard dash time, so it's not that. Not sure about anyone else, but those clips of him playing linebacker were awesome ... those long, strong arms, that speed, and I thought he had better bursts/quickness there than at RB.

I thought the same thing about him being underrated. I wonder if it has to do with him getting injured and missing half the season. I wouldn't be surprised to see him rise in the rankings if he has a healthy senior year.

We want him to stay under rated. Keep the sharks away so we can land him.

Please, may we have nice things?