Hokies gain a verbal from a second 4-star recruit. 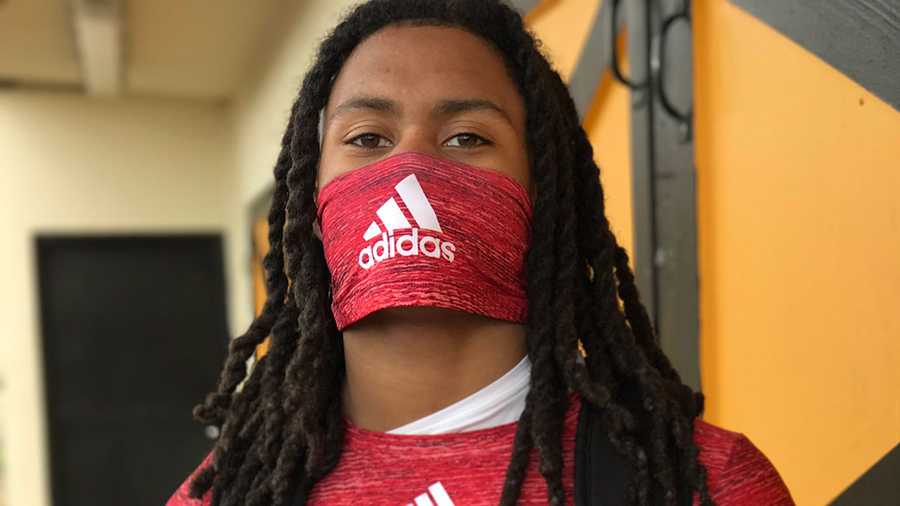 Virginia Tech added another member to its 2019 recruiting class. Defensive back Nyquee Hawkins opted for the Hokies over a bevy of Power Five offers including Ole Miss, Rutgers, Penn State, Michigan, Duke, N.C. State, Wisconsin, and Virginia. The 247Sports Composite rates Hawkins as a 4-star (0.9065) safety. Tech made Hawkins a priority and offered in January 2017.

Hawkins, who has experience at both corner and safety, recently participated in The Opening regional camp in New Jersey. 247Sports' Luke Stampini analyzed his performance.

DB Nyquee Hawkins flashed a few times in one-on-ones recording an interception and a couple pass breakups. The 6-foot-1, 180-pound Hawkins had mixed results on vertical routes as he stayed attach at times, while falling a step behind on others, but it was an overall solid day for Hawkins.

Despite playing through a pulled muscle in his upper leg, Hawkins had some big moments during one-on-ones and pass skelly. I personally witnessed him break up four passes and snag an interception on a post route. His lack of full mobility due to injury showed up on certain reps down the field, but he fought tooth and nail to get open, just missing the cut following an overall productive day.

Hawkins also earned an invite to the Future 50, a camp for standout underclassmen, after an excellent regional camp performance.

Give class of 2019 four-star cornerback Nyquee Hawkins of Orange (N.J.) High a ton of credit just for showing up given he was at Stanford for a junior day Saturday, and took a red-eye home to make it to the event. Hawkins was sharp in coverage, and his physical style was noticeable. He is comfortable jamming at the line of scrimmage, and he showed hp flexibility to turn and run with the receiver.

This staff sure knows how to put on a show week of spring game.

Is this what is referred to as recruiting momentum?...fascinating...FAM!!!!!

Name is Nike but he is sporting adidas? I like this kid.

Now all I see when I look at his name is Nike "Ball Hawk"ins.

LOLUVA attempted to recruit him? My response to the Wahoos:

There's a "UNITY!" and "Hokies United" joke in there somewhere, but I'm too tired.

Seems to be the big play-big personality type a la Flowers, Hall, and Williams. That pick 6 was off of a wounded duck of a pass (QB got pounded as he threw).

Check out 2:14 for the second coming of Kyshoen Jarrett.

For any "yeah, it's just a verbal"-ers among us, be cool.

There are way too many family members wearing VT swag at the end of that video for him to walk it back.

The more commits we get at this level the more their commitments will stick.

Top talent wants to play with other top talent. Getting these blue chips early is huge. Can't wait till May 18

The most on point comment I've read today. This guy is in NJ. You don't go out and get VT swag when you live in a town out of state, unless you're in.

Looks like the croots don't want to play for a chicken sh;t program that ducks a real team to practice. Harbaugh scared. I hope to hell everybody uses that against him in recruiting. Why play for someone who does not believe they can win the big games?

I mean as much as it's a thing for us fans I would rather coaches not do this. There are enough positives to sell. Focus on VT football, not Harbaugh.

You don't have to go after him directly, but a well-placed review of our future rosters within the context of making a Playoff run, talking about how the prospect would fit in, and peppering (salting?) in a comment of how teams are avoiding us to benefit their own Playoff chances is perfectly valid IMO.

A couple years in and these AAC coaches are learning how to recruit./s

List of suck its: Paterno St, Michigan, Wisconsin & most of all LOLUVA.

If this is what were are to expect from this coaching/recruiting staff, I'm liken' it A LOT!!!

Is he about to rob a bank in that picture? Does he have bad teeth? All kidding aside, stoked to have him on board. DBU is live and well, my friends.

Someone needs to correct his brand, we are a Nike sponsored team.... but don't ruffle the NCAA's recruiting feathers. 😁

Does this really have 7 downvotes?...intriguing.

Yeah offset one of them. Tough crowd. Nice!! Glad to have him aboard.

I'm less worried about kids who verbal early this year than in past. I think Fuente has shown in the two years that he has been here that he believes a commitment is a commitment. And you don't verbal to VT unless you are committed.

I love the announcement vid - can't wait to see this guy on the field!

It's a great time to be a Hokie fan, they're building a depth that I never seen here before.

There's an announcement video? I didn't see it in the article.