The allure to follow in the footsteps of Tremaine Edmunds was enough to seal the deal for the Hokies. 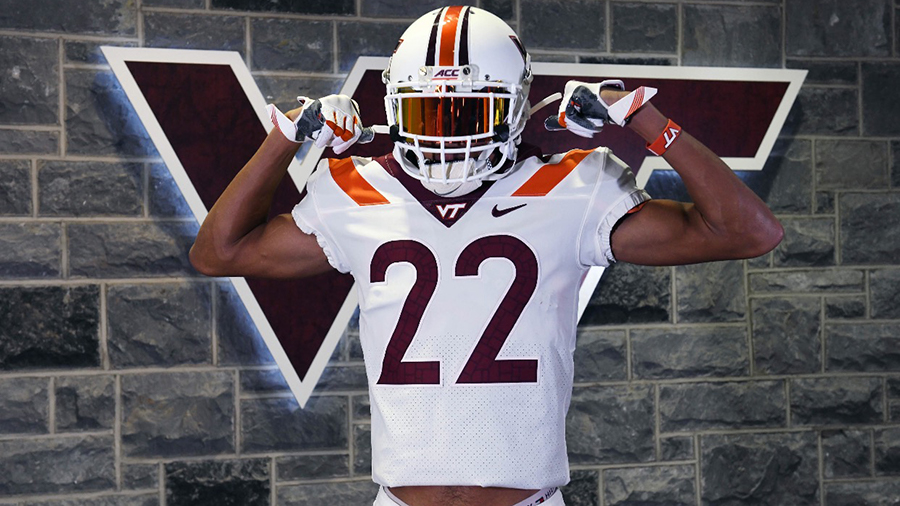 Tyreem Powell loved the plan Virginia Tech had for him. So much so in fact, he committed to the Hokies 10 days after he received his offer. All-in-all, that was three weeks since Tech began recruiting him in earnest.

"I went to the campus, visited," Powell told The Key Play. "I loved it. I loved the coaching staff. Me and Coach [Brian] Mitchell had a great relationship and our relationship kept growing. And I thought all positive things. I thought it was the best for my future."

Powell is rated a 3-star (0.8567) athlete per the 247Sports Composite. However, the Hokies envision him in a much more defined role — backer.

"In their scheme it's sort of the outside linebacker, sort of what Tremaine Edmunds played," said Powell.

That's an appealing position for Powell, a self-described sideline-to-sideline defender who loves to hit. And his length, 6-4 ½, makes the Edmunds comparison more tangible.

"[Bud Foster] loved my film," said Powell. "He liked how I played physical."

But as it stands now, for Vineland HS (NJ) he's the deep safety in its 3-3-5 stack defense.

Vineland head coach Dan Russo believes the experience as an over-the-top defender with a nose for the ball will ease the transition down inside the box.

"I think it's going to help him because everything is alway in front of him, the defense and then he looks at the complete offense," said Russo. "Knowing that position [safety] and then going into this new position they're going to put him at [backer], I feel it's going to benefit him because he knows what linebackers are doing, the d-line, it's all in front of him. He has a complete understanding of the defense just like he would if you're the quarterback of offense."

The repetitions as a run-pass read defender will also benefit Powell in the move closer to the line of scrimmage.

"I'm reading the quarterback," said Powell. "As the safety, I'm looking at the quarterback, reading his eyes. If he's handing off, I'm straight attacking. But I'm also reading the receivers at the same time. See what kind of movements they make. And basically how they come off, I'm going to come off regarding pass or run."

Ahead of signing with the Hokies in 2020, the 17-year-old is working to improve his speed. Meanwhile, Russo is eager to see how Virginia Tech's diet plan and strength and condition program will transform Powell's body.

"He's got the frame," said Russo. "And they're going to fill him out."

Granted he's like twice the size of the guy trying to block him on that play, but if he can shed blocks and make tackles like that at the P5 level, he will be a real difference maker on defense.

He looks bigger than 6'4...im wondering if they are going to fill him out and put him at DE..

If he needs to work on his speed, I am not sure if he will have the twitch needed for DE.

We will need to fill out his frame, but that length is so helpful in shedding blocks. Really like his potential at backer.

I might be football deprived, but that white on white jersey combo is fresh....

We were supposed to wear them for the ECU game. Definitely my favorite combo of the new template.

It didn't make the cut in the story, but Russo told me an interesting anecdote when we spoke. Vineland's starting quarterback got injured right before the playoffs, and he ultimately opted to move 'his best athlete', Powell, from WR under center. Powell picked up the offense in a couple of weeks. He ran for three touchdowns in the opening round of the playoffs and helped Vineland earn its first playoff win in program history.

I thought that was rather neat.

I guess he'll be our 5th-string QB if we ever have a season like that one Maryland had a few years ago...

Unless he gets moved to tight end first.

Glad to see we're implementing my favorite NCAA 14 recruiting strategy: find a tall, fast SS and convert him to OLB.

well duh, you need to replace the olb that moved to MLB because he moved to DE so you could have some one with 90+ speed sacking the qb

And here I am like a sucker just using guys at the position they have listed.

So wait can anyone tell me when we started BALLING OUT AT RECRUITING.

If Bud likes him, then enough said. Welcome to the Nation.