The "relentless" defensive end is starting to rocket up recruiting boards, and he could bolster the Hokies' 2020 class. 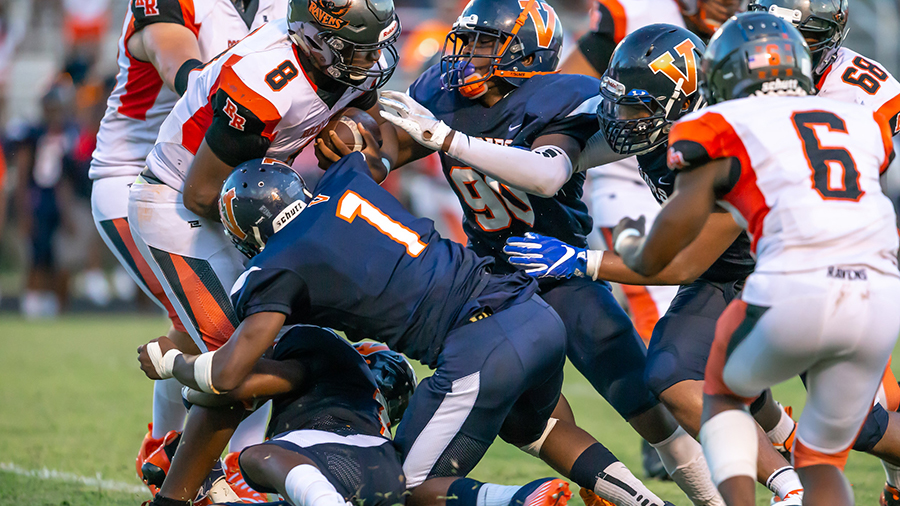 May 15, that's the date Charlotte native Stephen Sings announced his Virginia Tech offer. The talented defensive end is currently rated as a 3-star (86) prospect by 247Sports.

The Hokies entered the mix with Oregon, Auburn, North Carolina, Missouri, and Central Florida in offering the class of 2020 defender. Sings, however, said that he's narrowed down his list a bit for the time being.

Sings' recruitment burst onto the scene at the end of last season. He was something of a hidden prospect as a younger player due to the level of defensive line talent playing in front of him at Zebulon B. Vance HS, a program that has won 11 or more games in four of the past five seasons.

"I mean [his recruitment has] almost taken off overnight," said Vance HS AD Carlos Richardson. "It started out kinda small with the ODU, UMass, and App State. And then all of a sudden he has a great last couple of games and all of a sudden you have Oregon and Virginia Tech and Maryland. So it's just kind of taken off."

"Everybody's saying the same thing. They love his body frame and they can add weight to him and still make him a speed rusher type of kid."