The defensive standout has the frame and athleticism to line up at a few different spots for Virginia Tech. 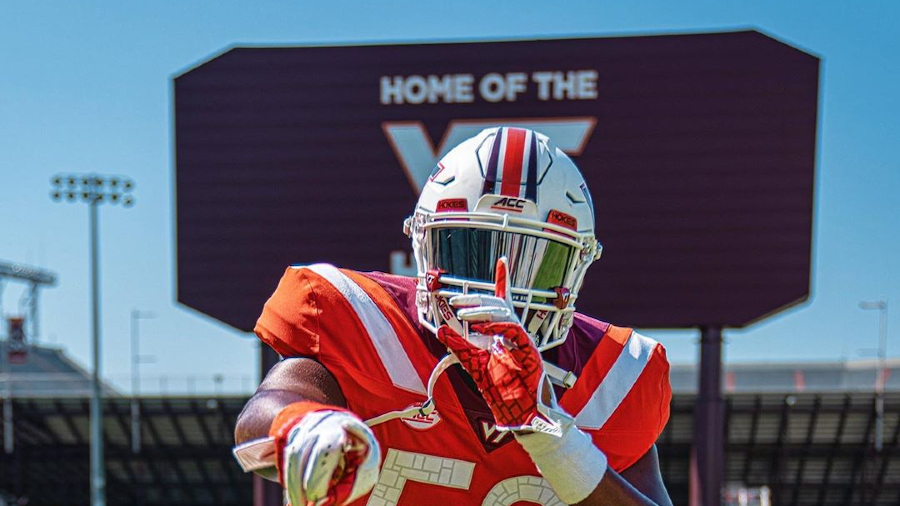 Derrell Bailey had a bevy of scholarships to pick from. Thirty-three of them; that's according to Greenback head coach Greg Ryan. Virginia beat Tech to the punch and offered first, then Oklahoma, Georgia Tech, Mississippi State, South Carolina, Oregon, Arizona and others joined the party. But ultimately, a timely trip to Blacksburg helped the Hokies secure his services.

Bailey caught a ride to the Blacksburg Bash with teammate and Tech H-Back target Holden Willis. He was treated to a BBQ spread, bowling, a facilities and campus tour on which the Hokie Stone stood out. All-in-all, the ambiance and activities were enough motivation for him to call a meeting with Justin Fuente, Bud Foster, and Charley Wiles to commit on the spot.

"They all got happy and started hugging me," said Bailey.

"It was more like the school I'm at now. Out of all the offers I had, I felt like the school was the only school I could separate myself from distractions and focus on football and school," the planned business management major added.

His explosiveness and leverage combined with his size differentiates him at d-end.

Fuente Expects Hooker to Play Against Duke, Warning That Tech Will Need the Help Against the Devils
Alex Koma, 09/28/20
1 hour (17)