The top-tier 2021 Lone Star State running back leaves Lane with a good feeling about the Hokies. 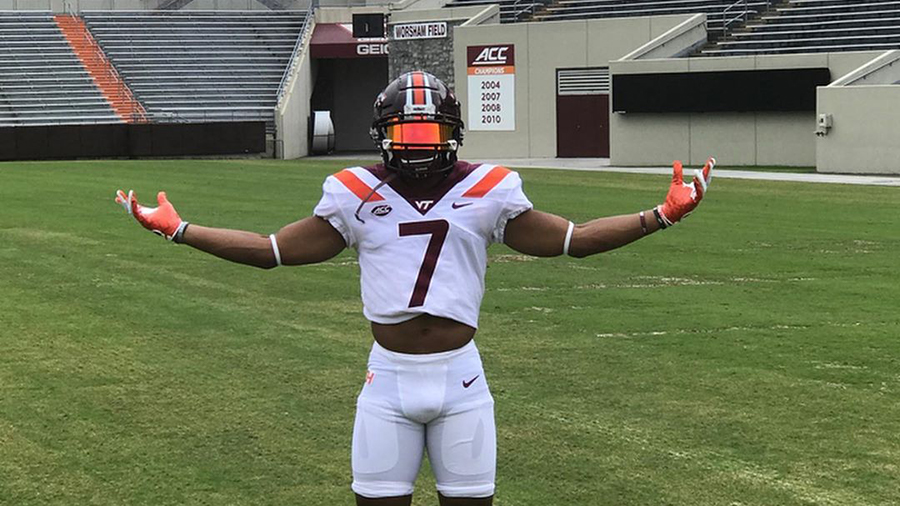 The Hokies hosted a prominent visitor on Saturday in Lane Stadium to watch their 28-0 mollywhopping of Pittsburgh. Four-star running back Brandon Campbell made the trip from Pearland, TX, south of Houston, for an unofficial visit. He left cold, wet, and very impressed.

The Hokies offered Campbell on May 14. The 247Sports Composite ranks him as the 20th running back nationally in the class of 2021 (0.8965), and the 45th overall prospect in Texas. Campbell holds offers from a plethora of premier programs: LSU, Penn State, Washington, and Oklahoma State among others.

Campbell is one of a handful of high-profile prospects from the Lone Star State to have significant interest in Virginia Tech. It's been a recent change in recruiting strategy from Justin Fuente's staff that's led in part by Beau Davidson. The offensive quality control coach has developed a relationship with Campbell and been pivotal in his recruitment.

"He was the first coach to reach out to me," said Campbell. "And you know he's from Texas. He went to Katy [HS], and I used to play in Katy so he can really relate to us and he knows the move from down in Houston to Virginia. He really tries to make everything as easy as possible and really tries to explain everything just how everything will work."

On top of that Brad Cornelsen has expressed how important a target Campbell is for the Hokies.