Virginia Tech vs. West Virginia Photo Gallery - Outside the Norm

Photos and short stories from Hokies-Mountaineers at FedExField. 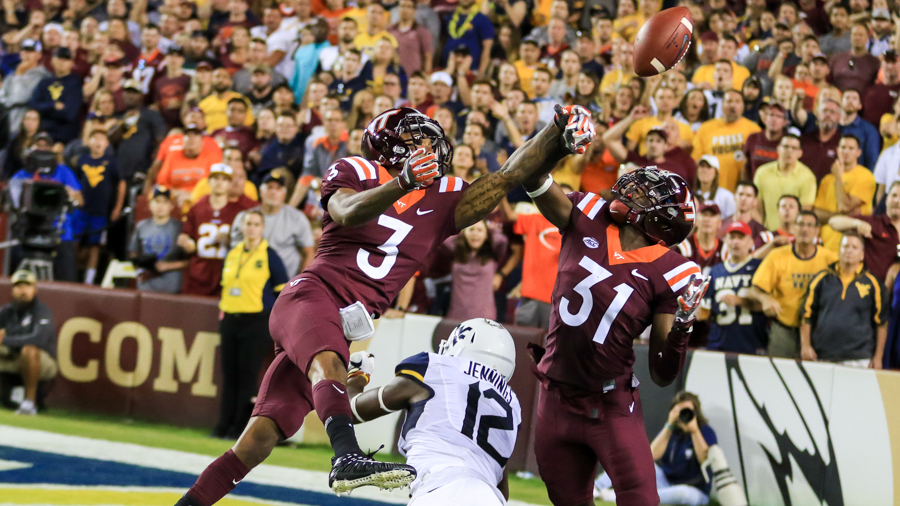 HELLO AND WELCOME to the first 2017 football season photo gallery. I've personally never shot a game at FedExField before, and Virginia Tech was 0-2 in the other NFL stadiums I photographed in, so I had my doubts about the place coming in, but the Hokies managed to pull off a thriller and bring the Black Diamond Trophy back home to Blacksburg for a few more years. For this game's post, I'll focus on photos where I had a bit of a different process in setting it up, or ones that stood outside from the regular game action. You can check out the entire gallery of photos here.

To kick things off with my personal story of woe, I was one of the lucky ones who managed to get off of I-495 (and by off I-495, I mean I sat on the off-ramp 100 yards from the highway) before getting stopped by the rapidly increasing traffic due to Dan Snyder not opening the gates to the parking lots until 4 hours before kickoff.

It was downright shameful walking past huge empty parking lots right next to the stadium knowing that thousands of people who would have been tailgating in them were stuck in line waiting to get in to satisfy a balance sheet somewhere. I hope that the people in charge at both schools noticed it too.

I had a lot of freedom to wander around once I got my pass, so I hung around the loading docks where the teams were slated to arrive. Apparently the Redskins didn't want to pay up for the security needed to do a true team walk, so instead there was a simple police escort as the buses pulled deep into the delivery areas underneath the stadium. No one likes pictures of buses, so I did the next best thing and turned around to face the crowd, where I feel like I was instantly rewarded.

QB1 noticed the crowds yelling and cheering, even from 100 yards away.

Fast forward an hour and the teams are about to come out for warmups. Must be time to fire off the Mountaineerbatsignal.

Not sure if being on the field insulated me from the typical VT-WVU horror stories, or if the two fan bases really did cool down a bit, but I didn't notice anything out of the ordinary from your typical college game in the stadium.

The lighting inside was absolutely amazing as sunset approached. It was like an extended golden hour due to all the still-in-sunlight upper stands and the stadium lights all pushing light down from all directions. I wish I could bottle that light and bring it with me places.

Frank Beamer met an old pal of his, former WVU coach Don Nehlen. The two of them must have talked for 30 minutes as they tried to satisfy the demands of all the video and photo people surrounding them as well as say hello to all the well-wishers that would drop in every 3 minutes.

Fast forward some more and Frank(!) is getting to do the coin toss. (Some neutral site this is.) He must have held his arm up for 10 seconds on the follow-through after he tossed the coin, until they finally announced that Virginia Tech had won. Thanks for the 110% effort, Frank. 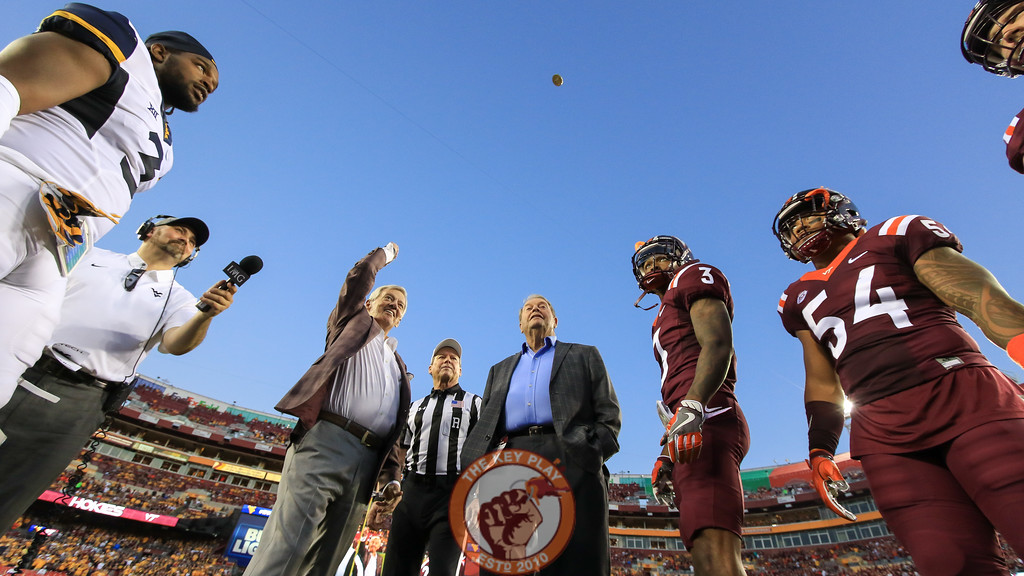 This was a repetitious scene in my viewfinder all night. A Virginia Tech defensive lineman appears in frame about 3 steps too slow before Will Grier fires off a pass. (The reasons why they may have been too slow, well, we'll get into that...) Imagine that feeling where you're about to sneeze but just can't quite pull it off, that's what seeing this over and over was like.

Dell and Sonya Curry silently appeared on the sidelines sometime in the second quarter to watch the game up close. Some poor security guard who didn't recognize them asked to see their sideline passes, where I promptly had a good chuckle to myself.

Many of you may have seen this one on twitter, but there was a good reason it seemed hard to get to Will Grier that night. WVU's O-line was very well coached in that aspect, it seemed. The photos immediately before and after this frame, the offensive lineman's fingers are straight out and not grabbing. He was grabbing just long enough to make a difference on this particular play, and apparently, on a lot of other plays.

Josh Jackson's first career touchdown and Virginia Tech's first touchdown of the game definitely changed the overall feeling of the place. You could tell that players were a little wound up tight before they scored, and relaxed some as soon as they did.

Cam Phillips scores a touchdown in a tribute to Danny Coale and his ability to get open. What makes this photo for me is the cheerleaders losing their gobblin' minds in the background.

Speaking of fans, guess which team had the ball and was in the process of scoring and keeping the go-ahead touchdown versus... not.

The emotion of the 31-24 win was evident in the players, they wore it on their faces.

Finally, an example of the little things happen that lurk around the edges of all these games all the time. Walking back into the tunnel, Wyatt Teller stopped right in the middle and took off a glove to toss up to a young fan looking down. It was a really cool moment to see and totally spur of the moment. 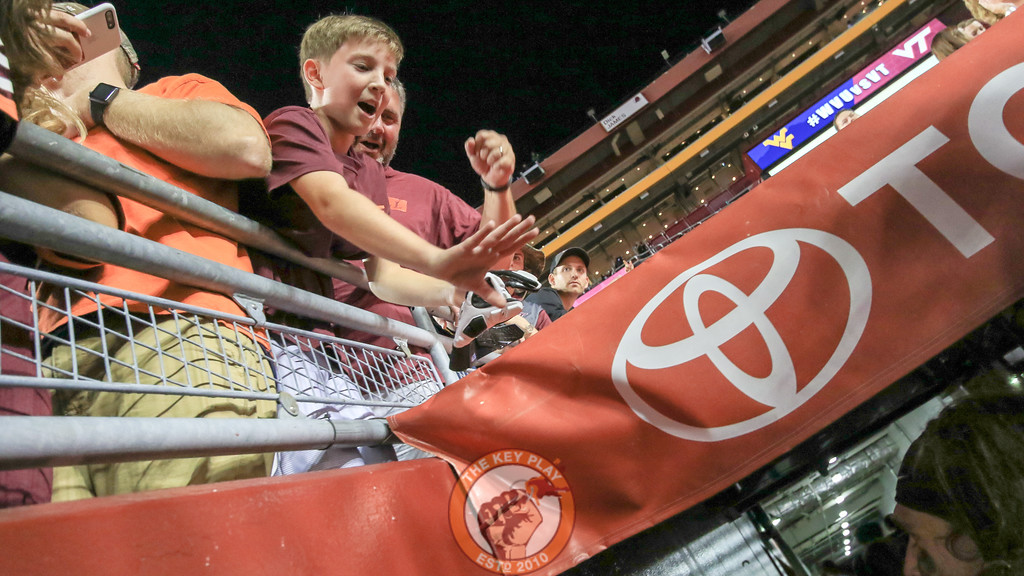 Some really great pics! Can't wait to check out the full gallery. Some of the shots you get, it seems like you are all over the place during these games. Great Hustle!

From one photographer to another...great job!

The dude in the white shirt here went full PogChamp

Nice reference but I have a feeling it's going to fly over the heads of all the old farts on this board. 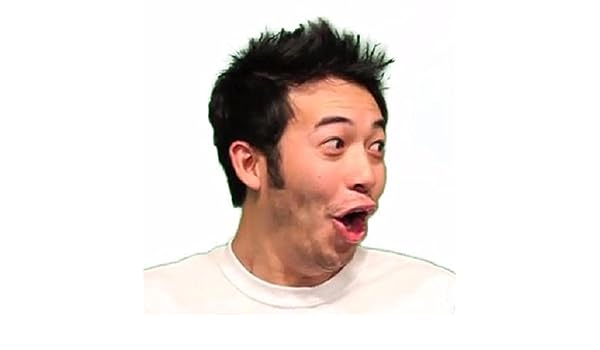 Well, it zoomed right over the head of this old fart.

You can borrow my hat. 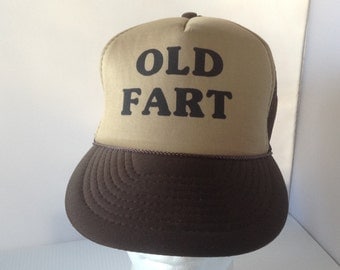 It was a close second with this one from the same scene:

Love these galleries thanks for all you do.

This is really high quality stuff, thanks for the background "behind the shot" features on this one.

You got some great pictures of QB1's first game (and victory). I hope they find their way to him, as I think he would really like them! Nice work.

Can anyone explain why the lots don't open earlier?

Because the NFL teams don't know how to run a college football game.

I do love me some sad WVU fan pictures...

Underrated great picture, for what it represents after where our relationship with them was about a decade ago.

Surprisingly enough they have kept their support of Hokie football the whole time. They even stayed Hokie Club members and season football ticket holders.

There's an alt universe where frank is the roundball coach and Tech wins its first team natty with steph curry in basketball, right?

Nope what happens is Steph comes to Tech and plays like he did in high school and Frank gets fired for giving him a scholarship.

Lol. I love Buzz, but I was very sad to see Seth go and thought Weaver did him wrong. The whole steph curry thing is always funny to me. I get that Dell was a hero, but it's not like VT was the worst team that turned down steph. The entire ACC, Big Ten, Big XII, SEC, Pac12, etc also whiffed on the kid. He went to Davidson, a school which looks like it has a pretty gaudy record of making it to the tournament, until you realize all their bids are as conference champions of the SoCon and that they have never gotten an at large bid.

FURTHERMORE, if the kid REALLY wanted to play at Tech, surely Dell had the cash to float him while he walked on.

while he walked on.

He was told (by Seth) he wasn't going to make the team...why would he PAY to be told that?

Source? Because EVERYTHING I have read said he was offered a walk on spot.

"Congrats to Steph Curry on his much deserved MVP award — an amazing player. ... We scouted him in high school and recognized his potential, but we didn't have an available scholarship for him to play his freshman season due to several early commitments. We did offer him a four-year scholarship with plans for him to redshirt his first year at school. ... His decision to attend Davidson and be coached by Bob McKillop turned out to be a great choice for his career."

Thanks for proving my point. 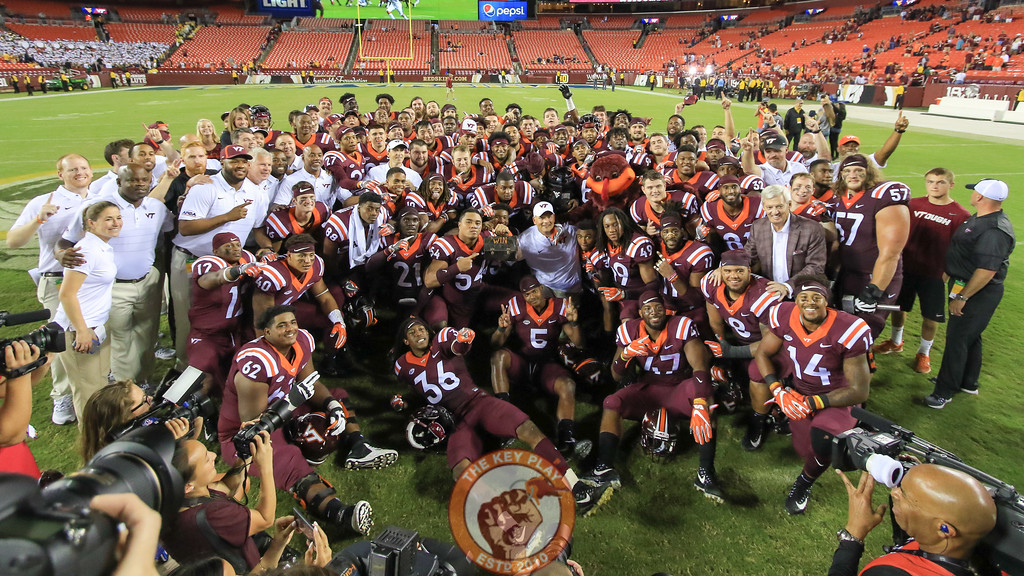 He looks different without the cape and helmet, but the hammer is a dead giveaway

Every time I see that picture my brain goes "that's gotta be photosh...No...well, the perspectives goota be all fuc...no...Holy fuck Wyatt Teller is a fucking monster."

Every time I see that picture my brain goes "that's gotta be photosh...No...well, the perspectives goota be all fuc...no...Holy fuck Wyatt Teller is a fucking monster."

Not Photoshop, but there is distortion around a fisheye lens. Wyatt's still a monster, though.

I'd like to know why we aren't making a big deal over the fact that Wyatt is holding a meat tenderizer.

Andy Bitter did a story on it. Sounds like it's going to carry on after Teller leaves. OL awards it to the most deserving OL member each week: 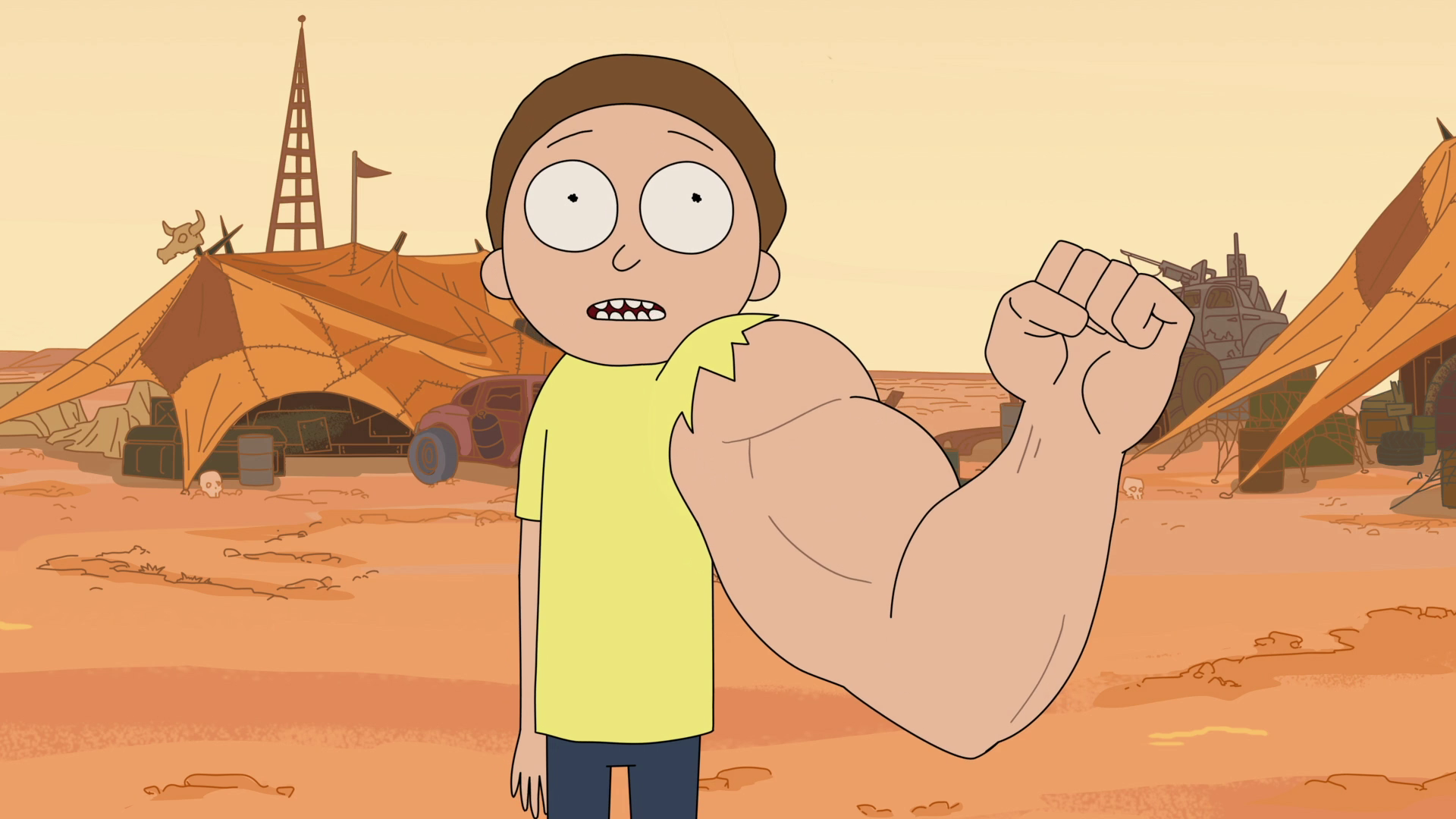 I hope Wyatt's arm has a vendetta against all defensive linemen opposing him.

Teller is a monster, but there is definitely lens distortion happening at the edges of the frame here, so not quiiiite as monster as it looks!

Frank just seems so happy in every photo since his retirement.

Imagine how happy he's gonna look in a couple years 4 months when he's rocking the National Championship Trophy on the sidelines in Atlanta.

But really though, he looks happy, and most importantly, he looks healthy. His last couple years at the healm I was a little worried about Frank. He looked...wore down. I think retirement is treating him magnificently.

Love the pictures. It's one of the things that makes supporting the TKPC worthwhile.

Thank you for sharing these

caught a rare glimpse of the WVU Sideways Surrender Cobra: 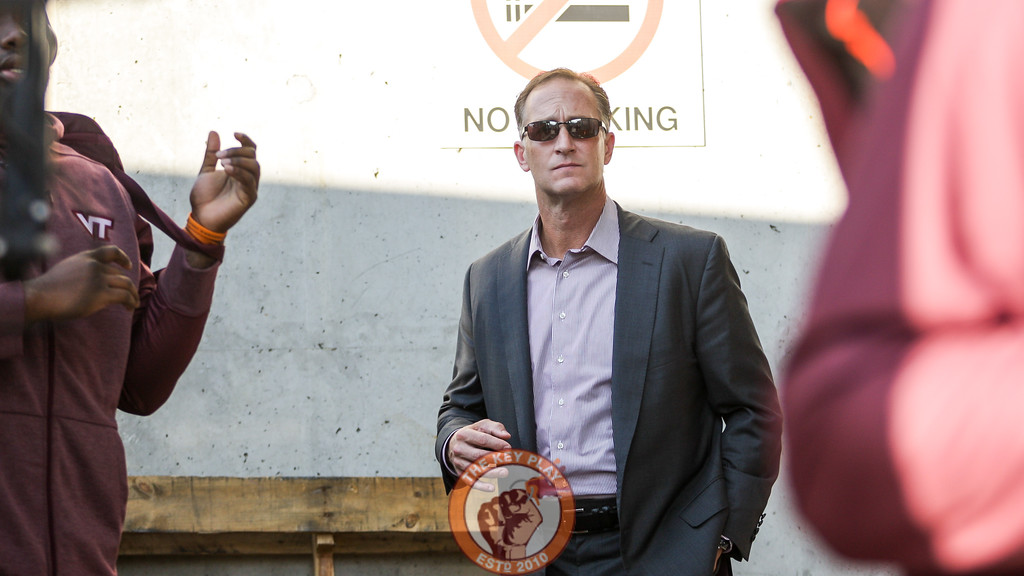 It's funny because off the job he just looks like a dorky dad:

I want to know how early he dragged his kid to IHOP in Christiansburg for it to be that empty.

I mean, it was the first day of school.

If someone could photoshop a cigarette into his hand think how much cooler he would look then.