By the (Advanced) Numbers: Will the Hokies Fall Flat Against Bearcats?

It's crucial for Virginia Tech to stay on schedule and manage down and distance against Cincinnati.

I don't know whether to deem the Hokies' finish to the regular season strong or not. The team did what it took to keep the bowl streak alive, and against decent competition too. But if you think the Hokies earned the win and clearly outplayed the Hoos, then you didn't watch the game. Statistically, Virginia Tech's post-game adjusted scoring margin was a 5-point loss (meaning that given the stats of both teams, the Hokies were expected to lose by 5) and win expectancy was 30%. But luck plays a big part in football outcomes. Balls take funny bounces or get deflected off a receiver's hand directly to a defender, or, say, three late game-changing fumbles all go in favor of one team.

So with those two performances in the books, what should we expect against the Bearcats?

Virginia Tech is currently 6-6. The actual and predicted score difference and odds of winning each game are: 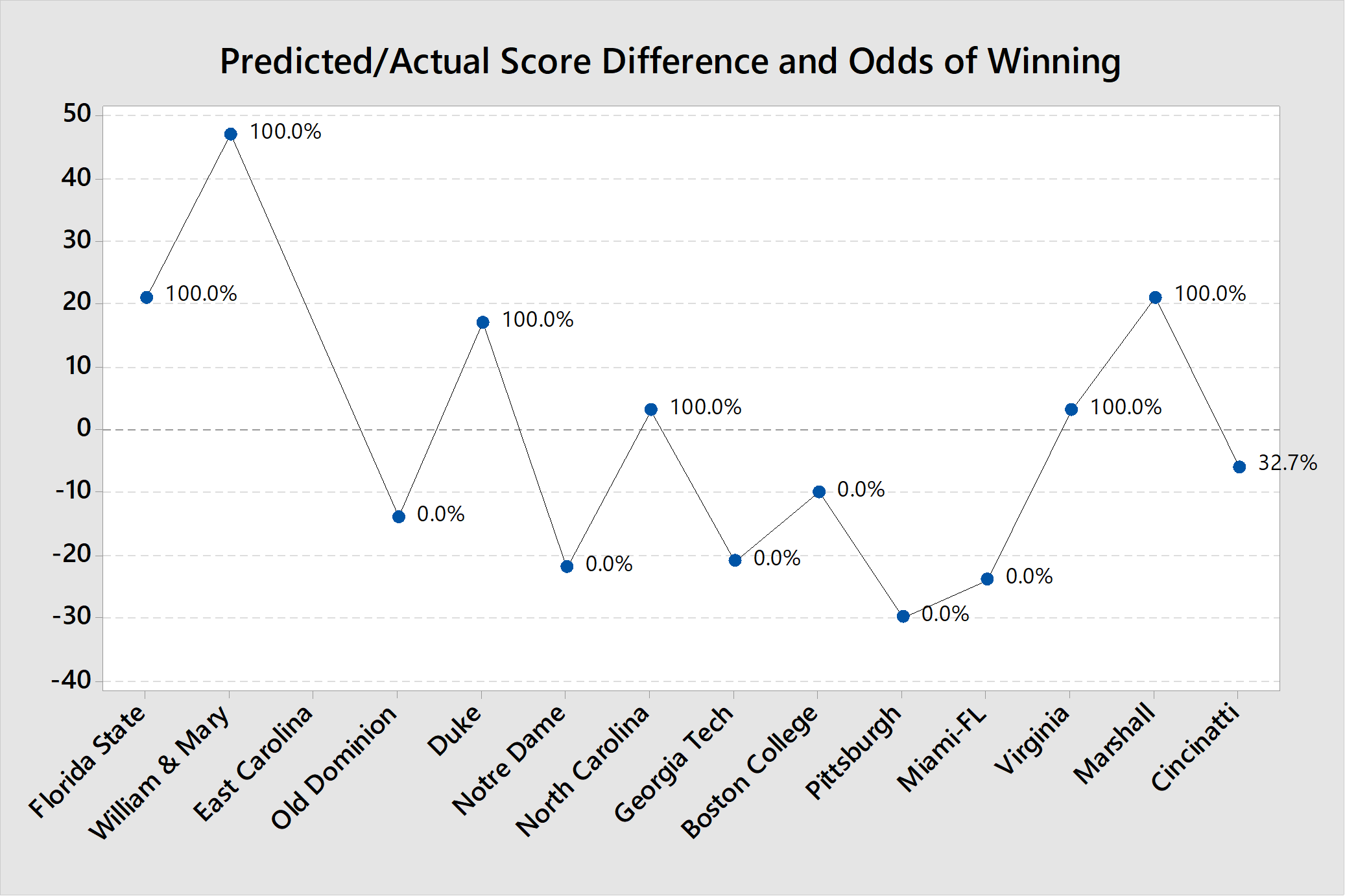 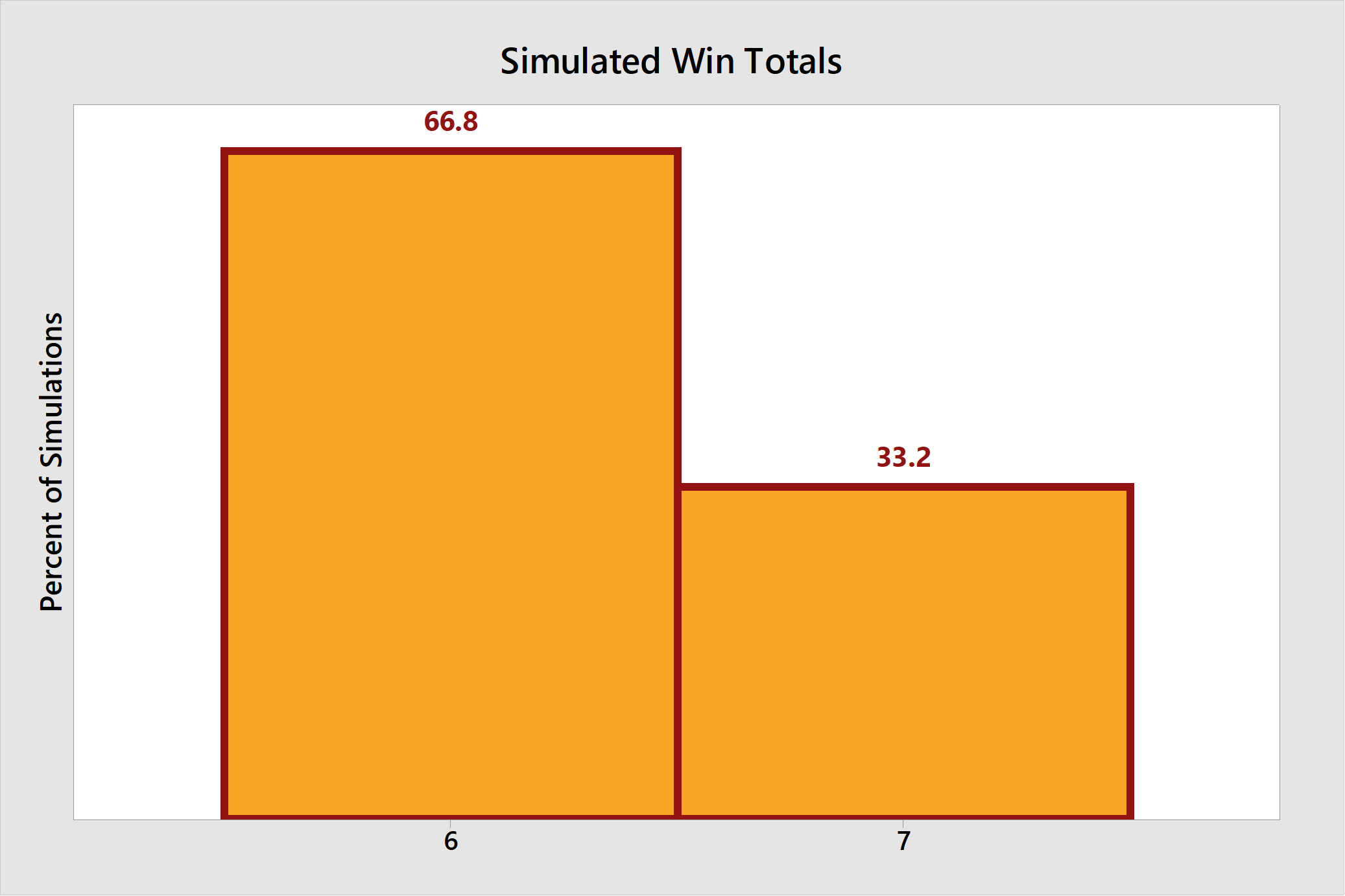 There you have it — about a one-third chance of a winning record. As happens all too often in major sports media outlets, there is likely to be an overreaction to the bowl result in terms of narrative heading into 2019. Fair or not, a win here likely develops a narrative that 2018 Virginia Tech was an extremely young team that suffered critical player losses before and during the season, but showed their true potential at the end of the season once they had time to develop under Fuente and Foster. Lose, especially significantly, and the narrative turns much more into questions about whether Fuente is the right guy and whether fans should expect anything but mediocrity next season. Neither is fair, but one is likely to develop as the storyline.

Consecutive bowl appearances. No qualifiers, no asterisks, no "NCAA-recognized." 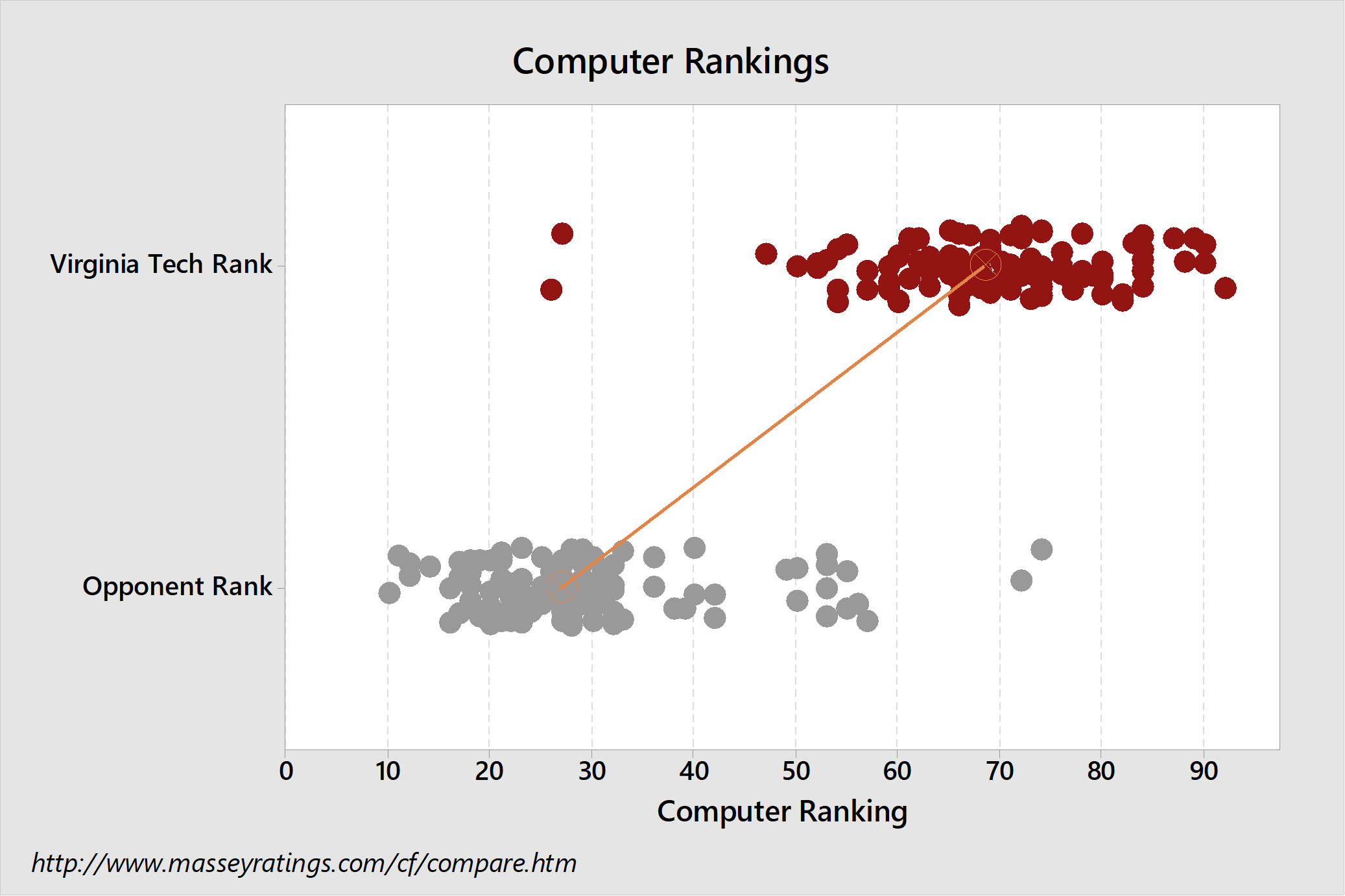 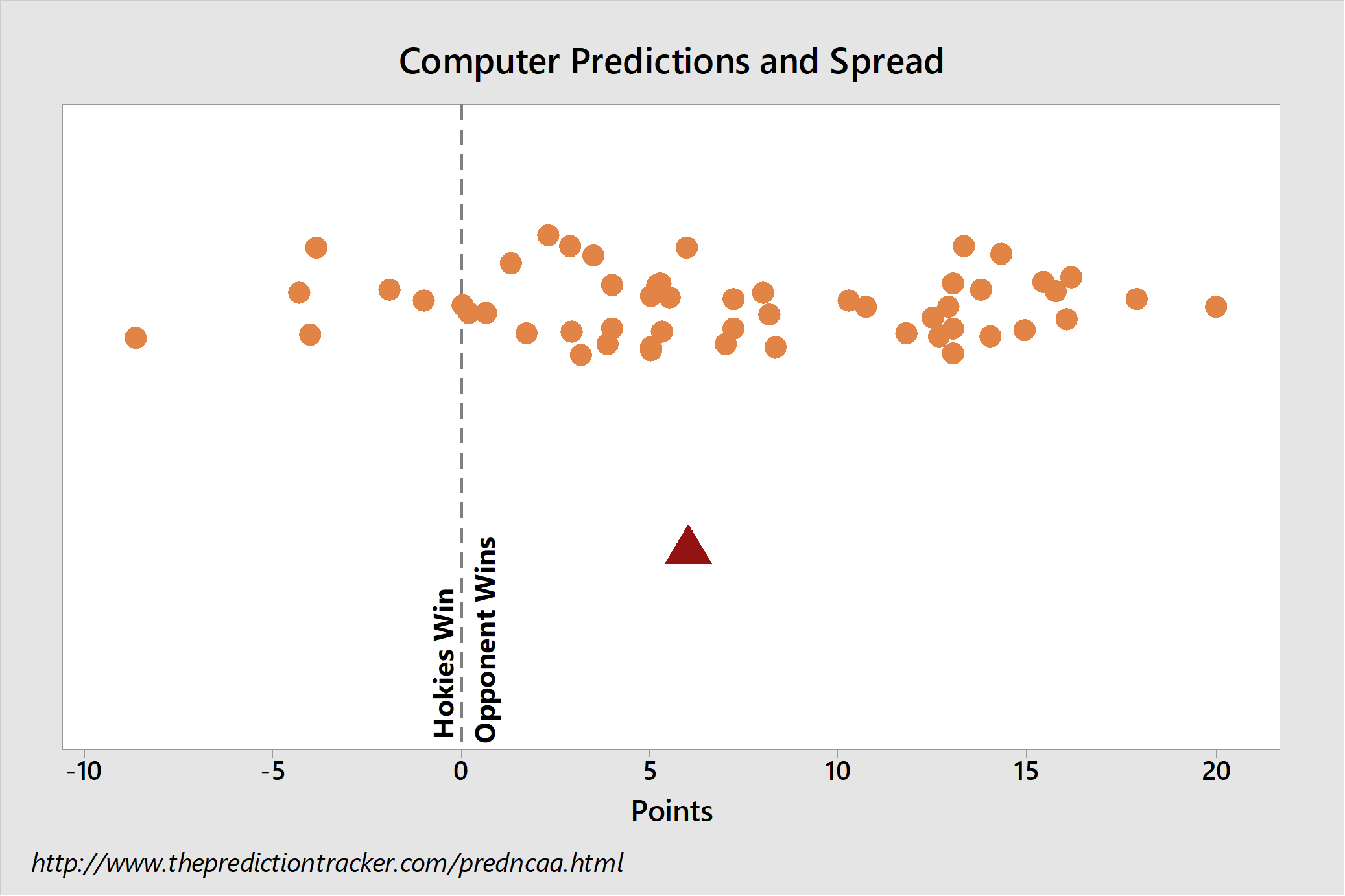 Although there is some overlap, only one of the computers had Virginia Tech ranked higher than Cincinnati (#52 and #54). The Bearcats are a pretty good team, and I would imagine that Las Vegas has given the Hokies a partial home field advantage given the location of the game. The odds of a 6-point underdog winning is 32.7%. This number differs slightly from the odds of 7 wins because the win odds are based on simulation and this number is a mathematical conversion of spread to win probability. 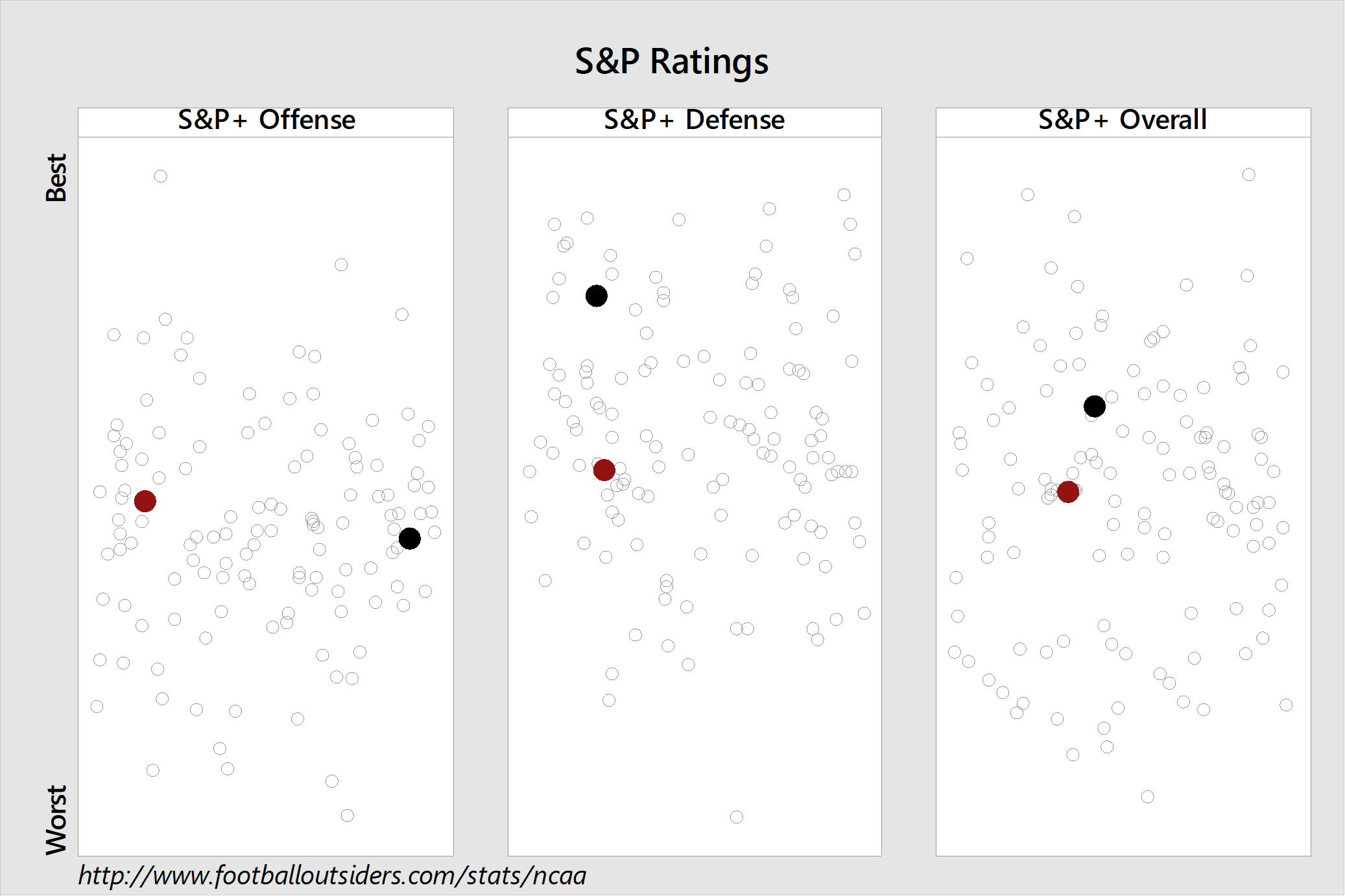 The Bearcats' overall advantage is clearly due to their defense, which ranks 19th nationally. Their offense is nothing special, ranking below even the Hokies.

Here is an explanation of S&P+ ratings, and FEI ratings. Most statistics are now opponent-adjusted.

Who has the advantage in the passing and rushing game when the Tech offense has the ball? 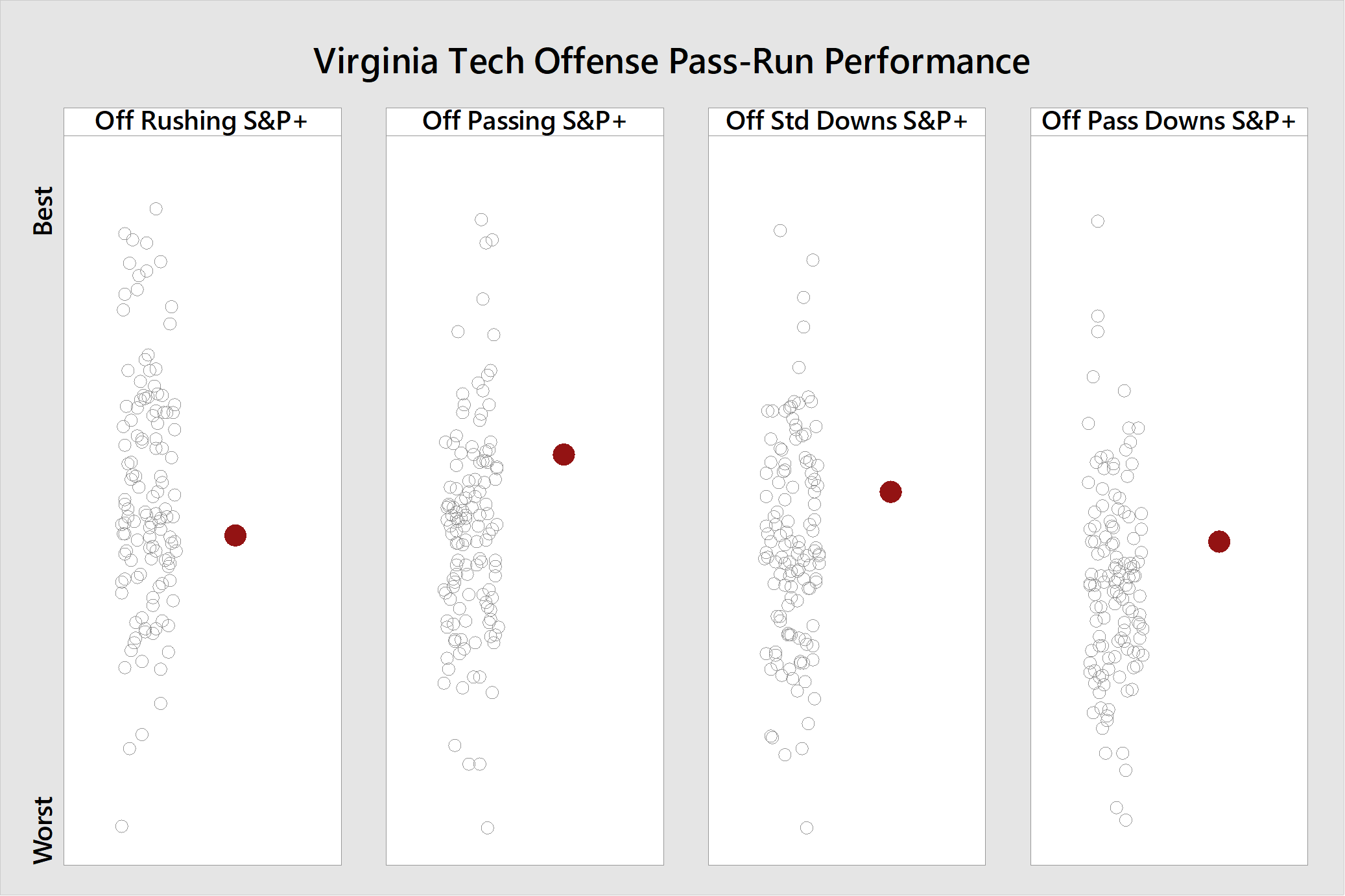 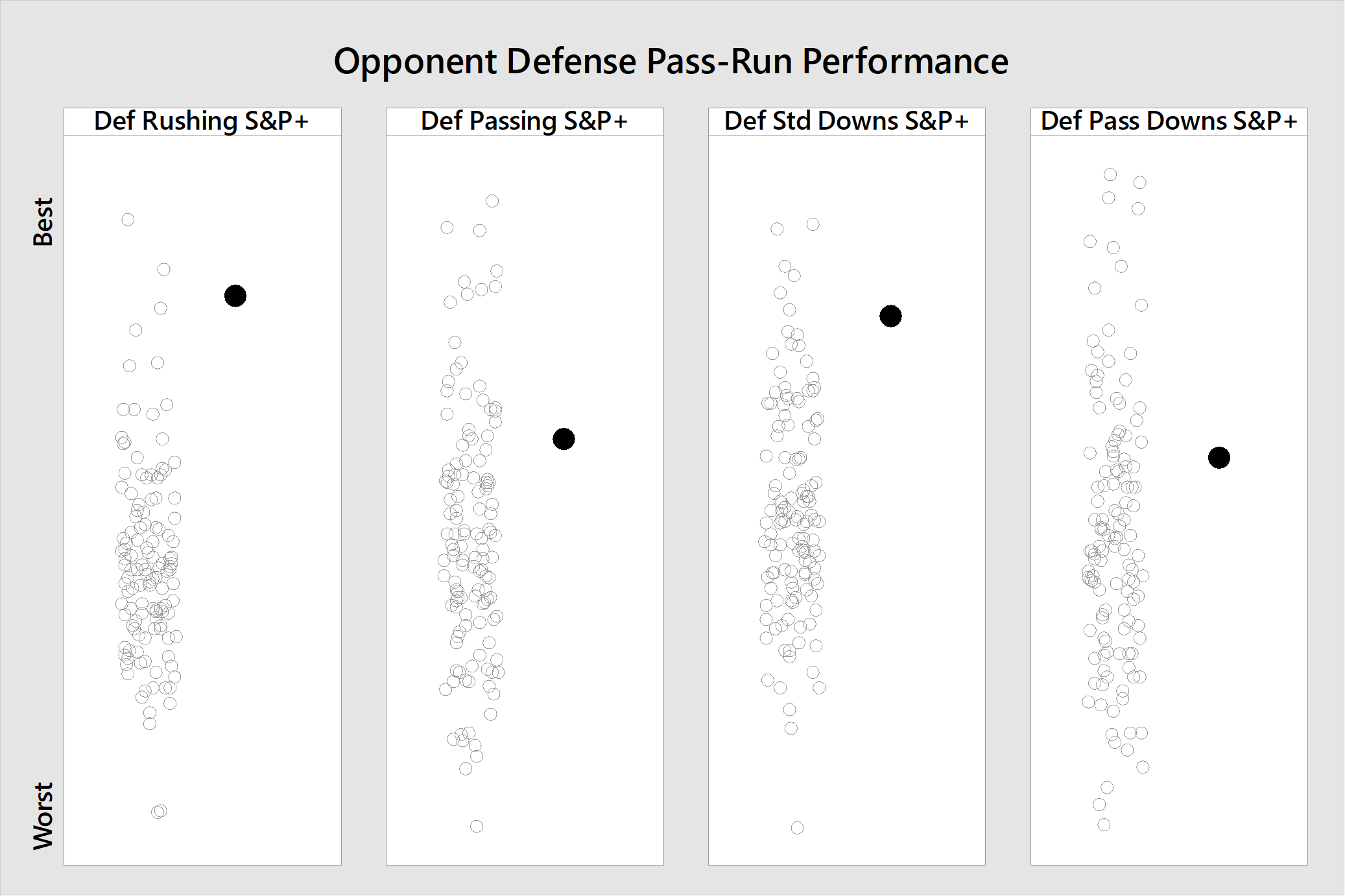 The Hokies passing offense is actually decent, which bodes well considering that's the relative weak spot of the Bearcats defense. While Cincinnati ranks 26th against the pass, they rank 3rd nationally against the rush. They are also top 10 on standard downs, meaning they very regularly force teams into passing situations. To be successful, Virginia Tech will need to avoid putting themselves in 3rd-and-long situations that are difficult to consistently escape from.

What style offense do the Hokies use and what style will they face? 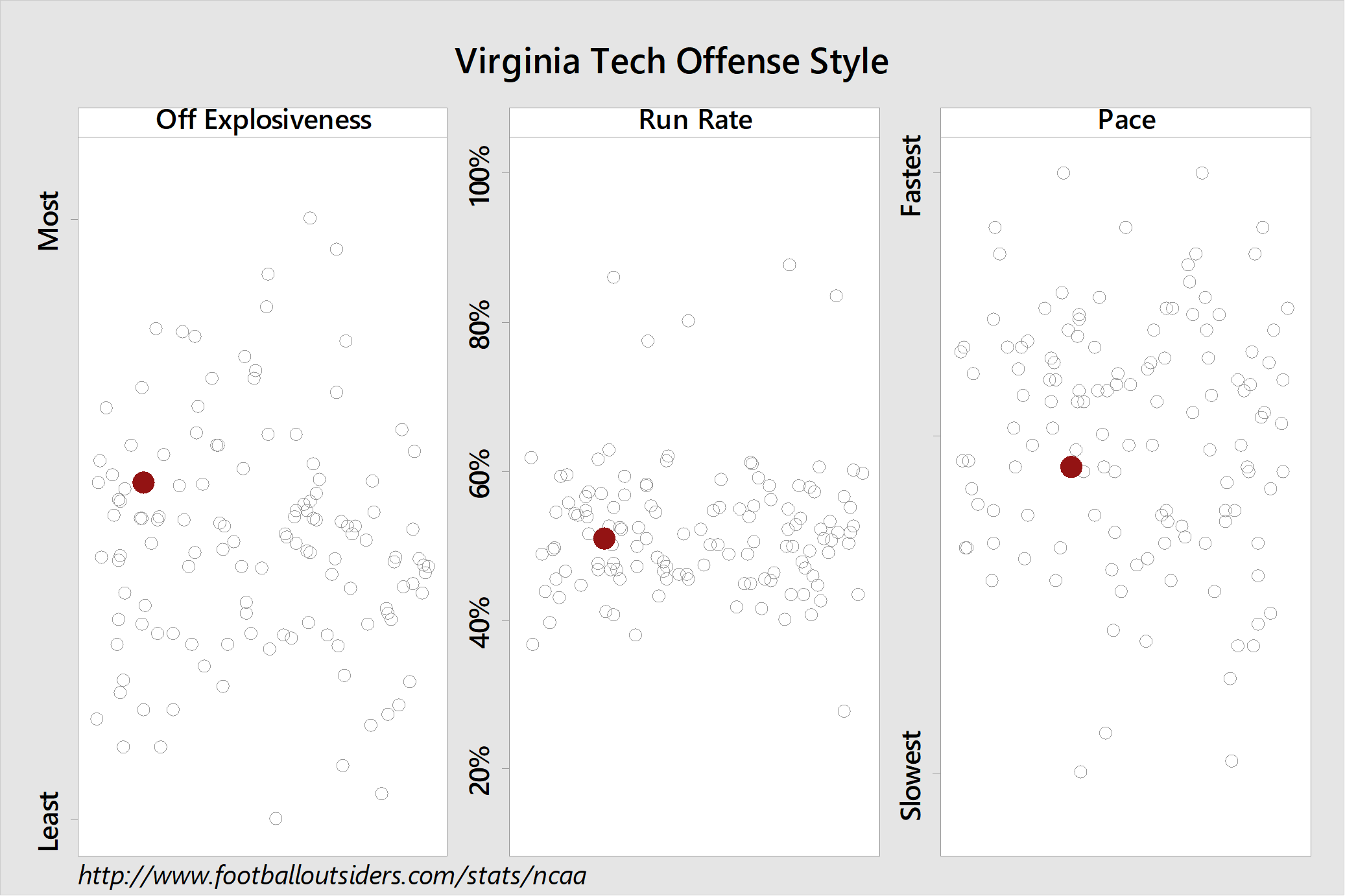 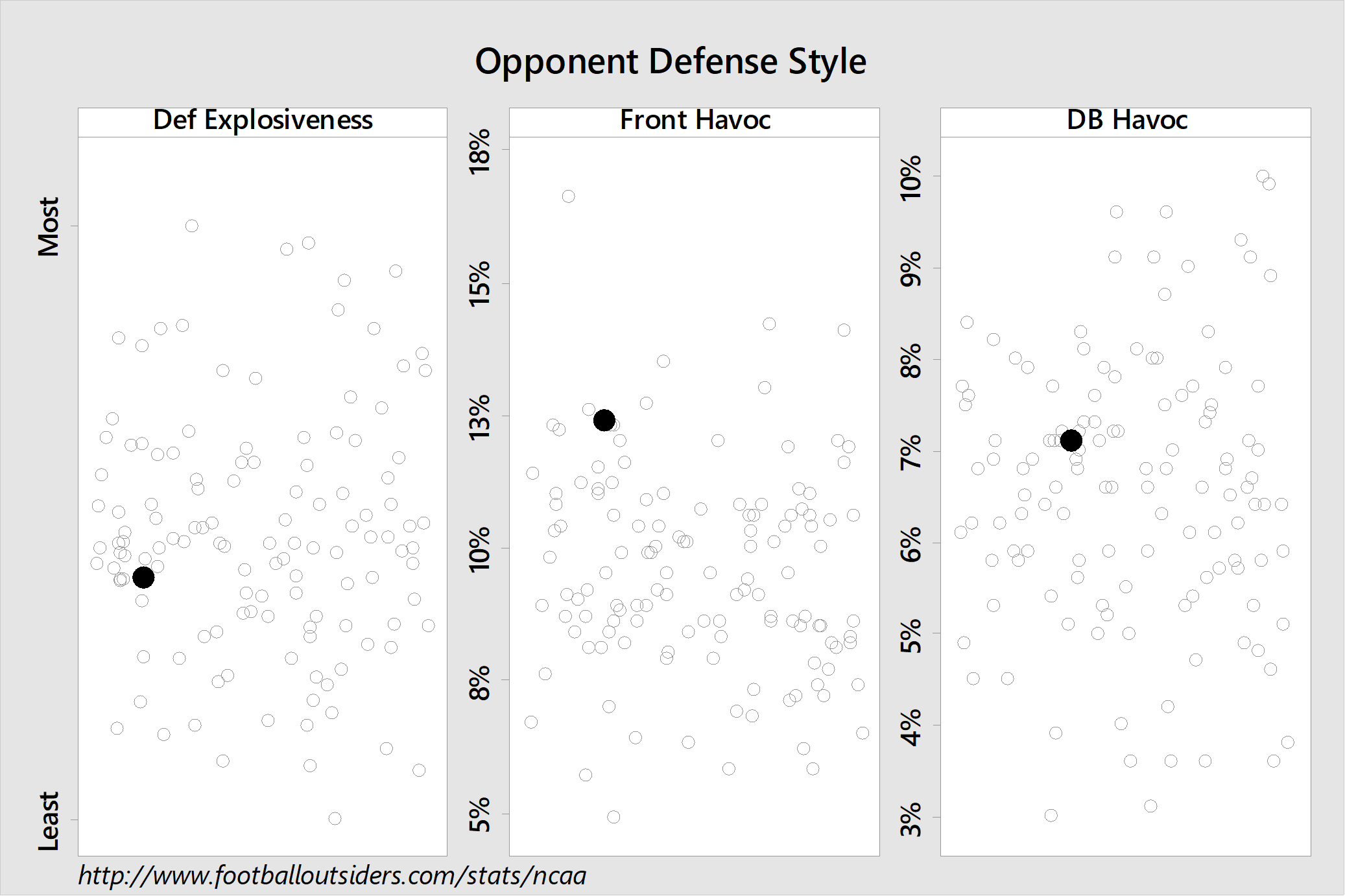 For all the talk of fast paced offense when he was hired at Virginia Tech, Fuente has yet to field a team that is consistently pushing the pace. The Cincinnati defense is also excellent at creating havoc up front, frequently stopping opponents at or behind the line of scrimmage. Again, the Hokies need to find a way to not dig deep holes on 1st and 2nd down. 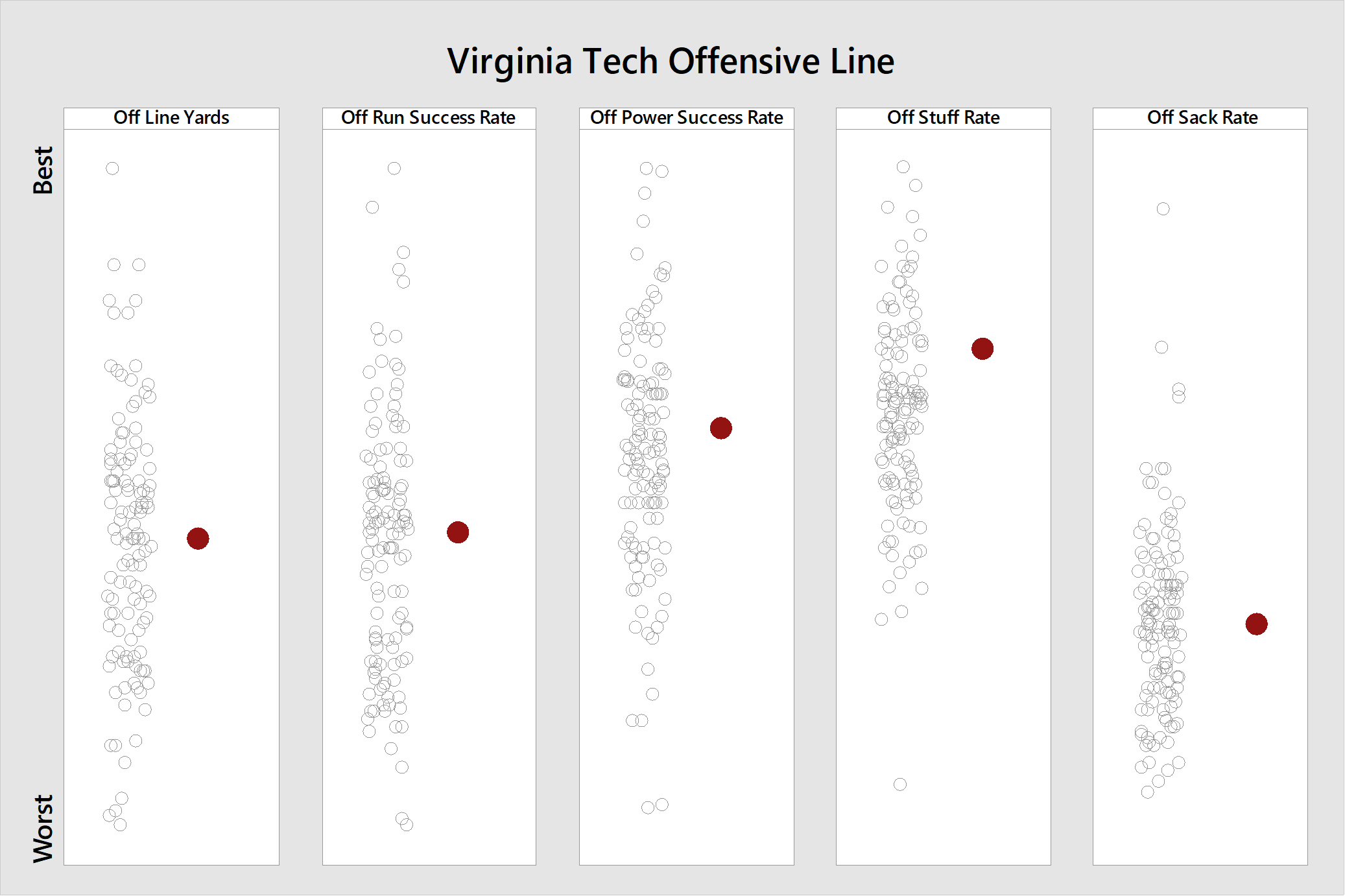 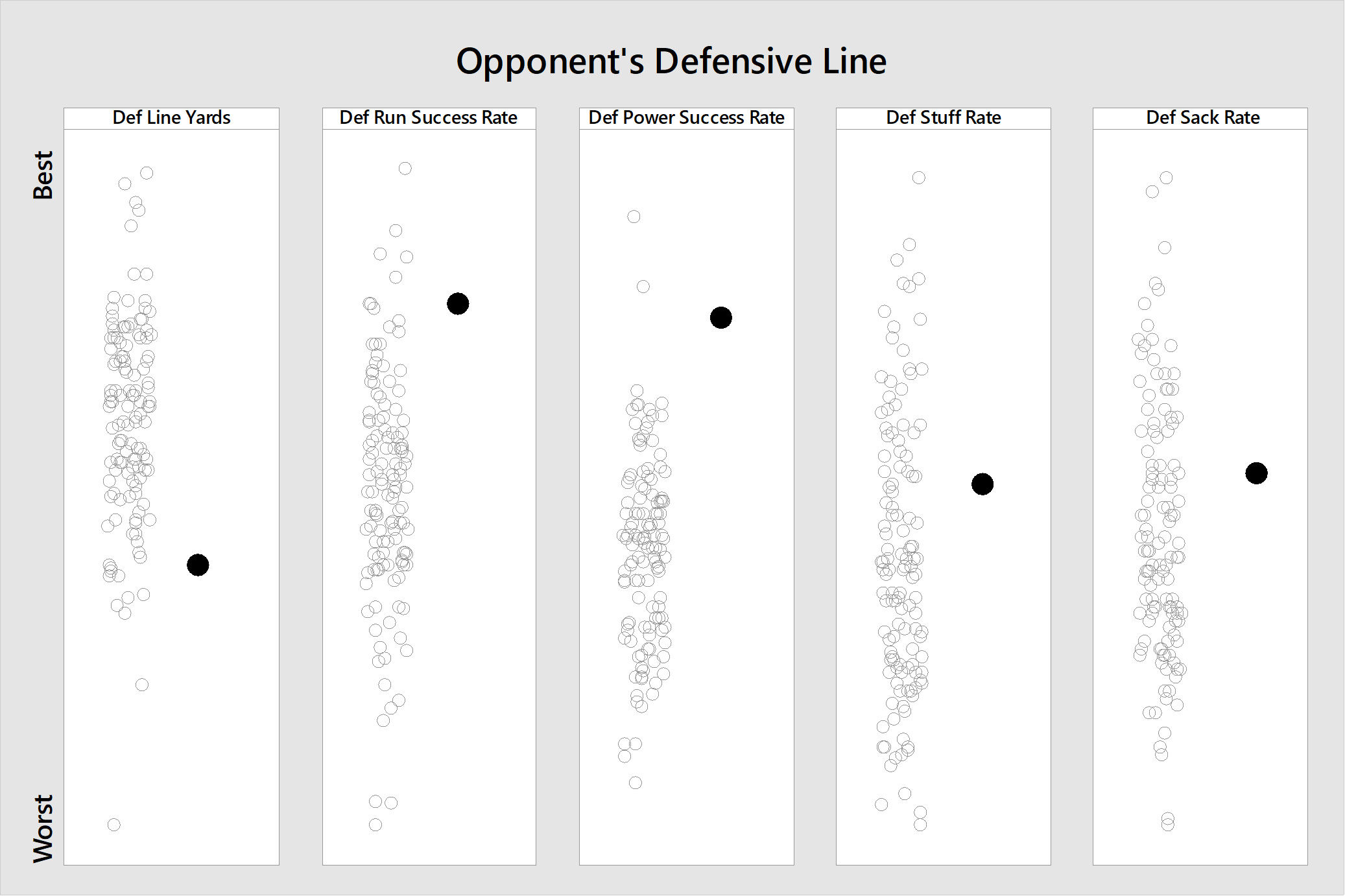 The Virginia Tech offense is closest in personality to:

The Cincinnati defense is closest in personality to:

When Cincinnati Has the Ball 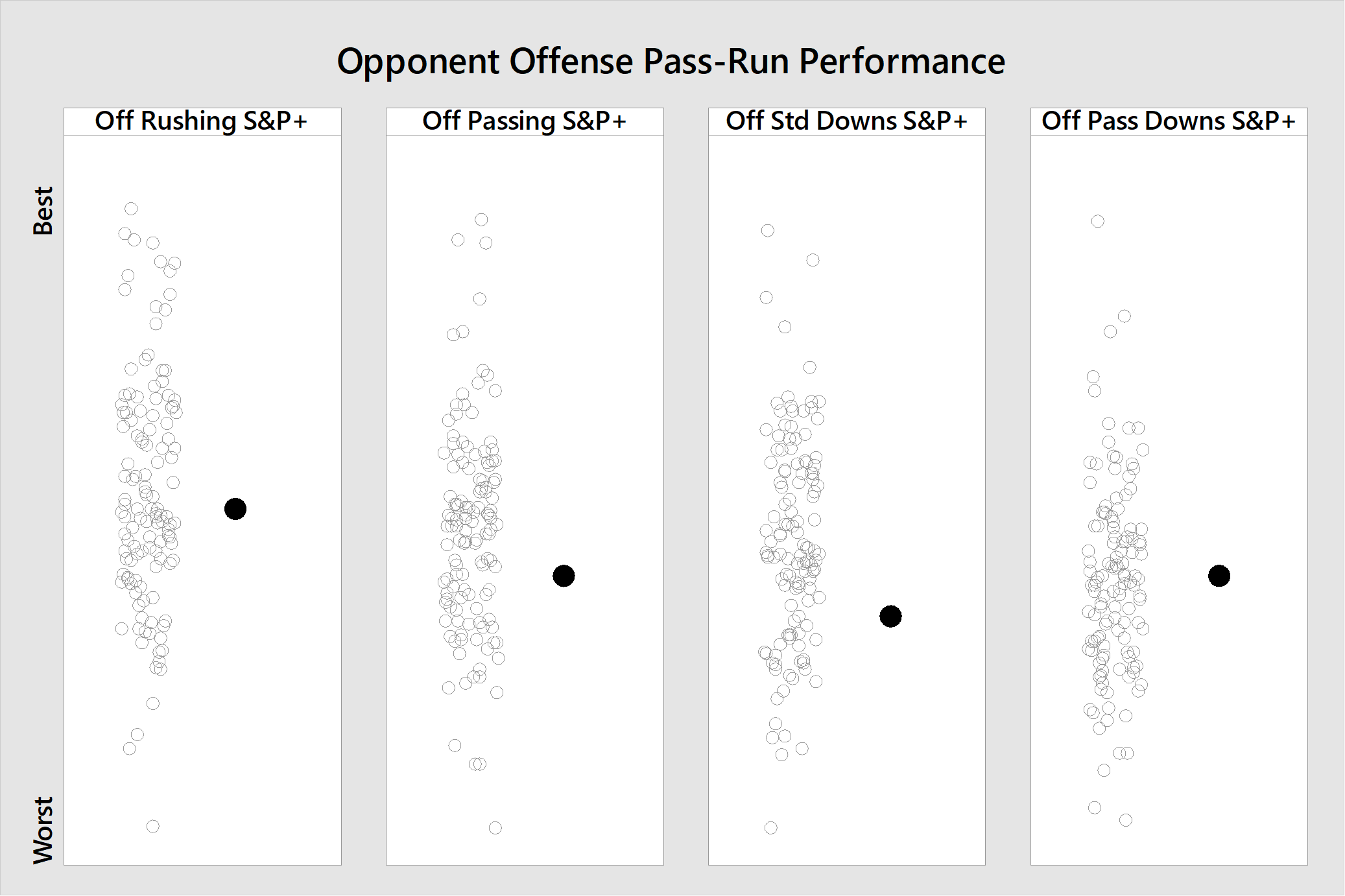 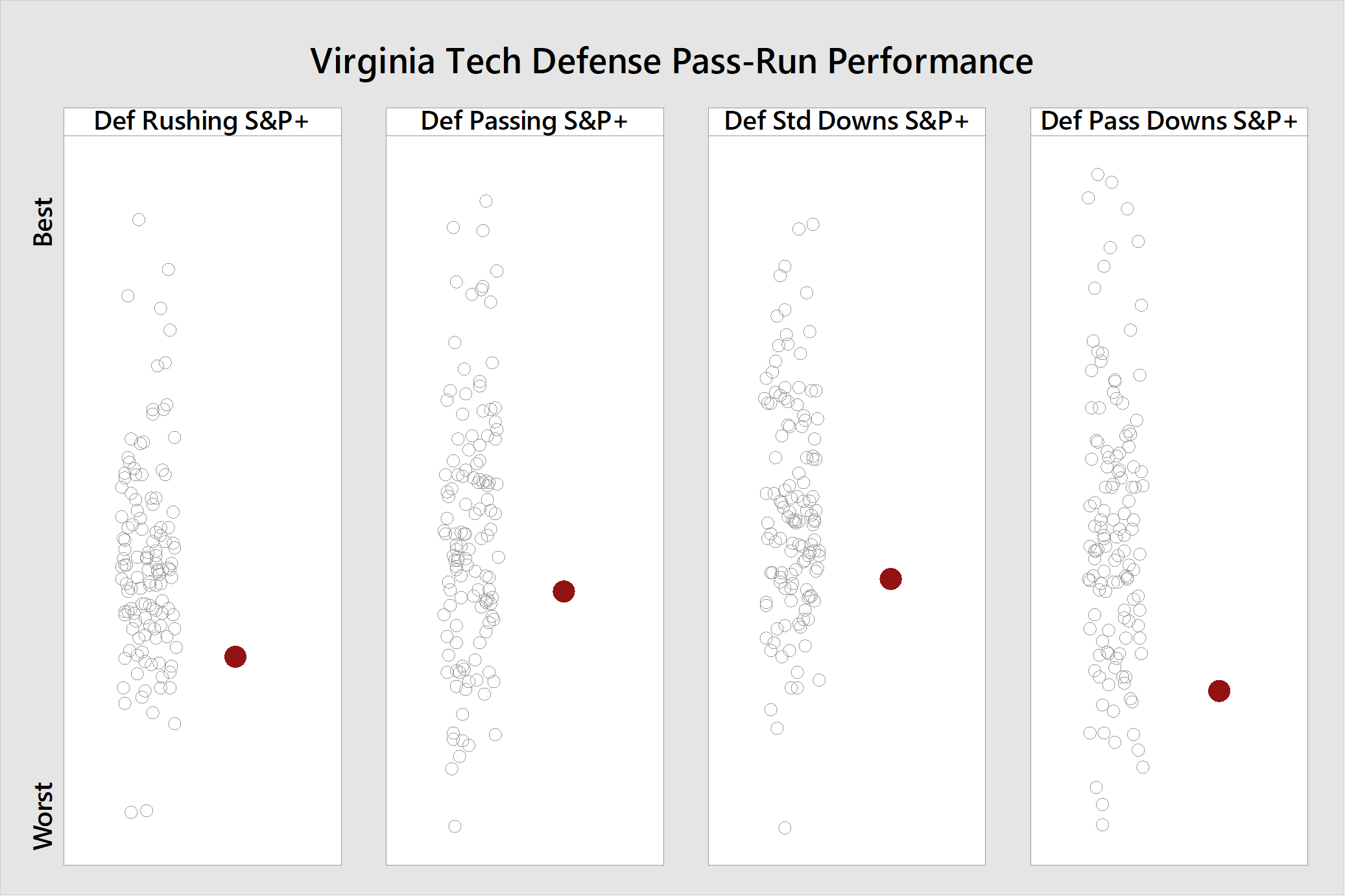 There are no bright spots on the Cincinnati offense, but sadly neither are there on the Virginia Tech defense. I'm not sure what to make of that, other than one fan base will end up pleasantly surprised at their unit's performance...I just don't know which one.

What style offense do the Bearcats use and what style will they face in the Hokies defense? 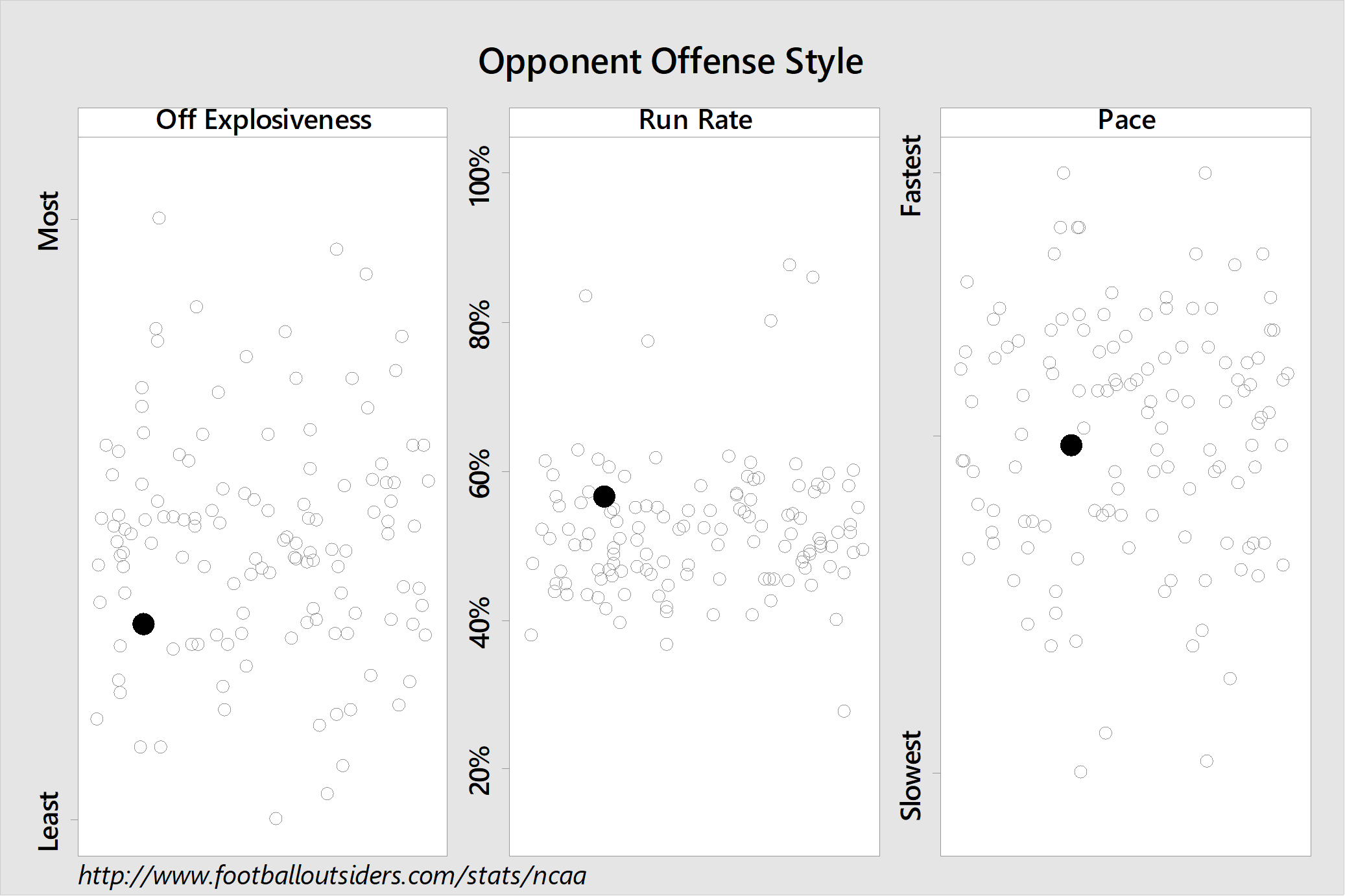 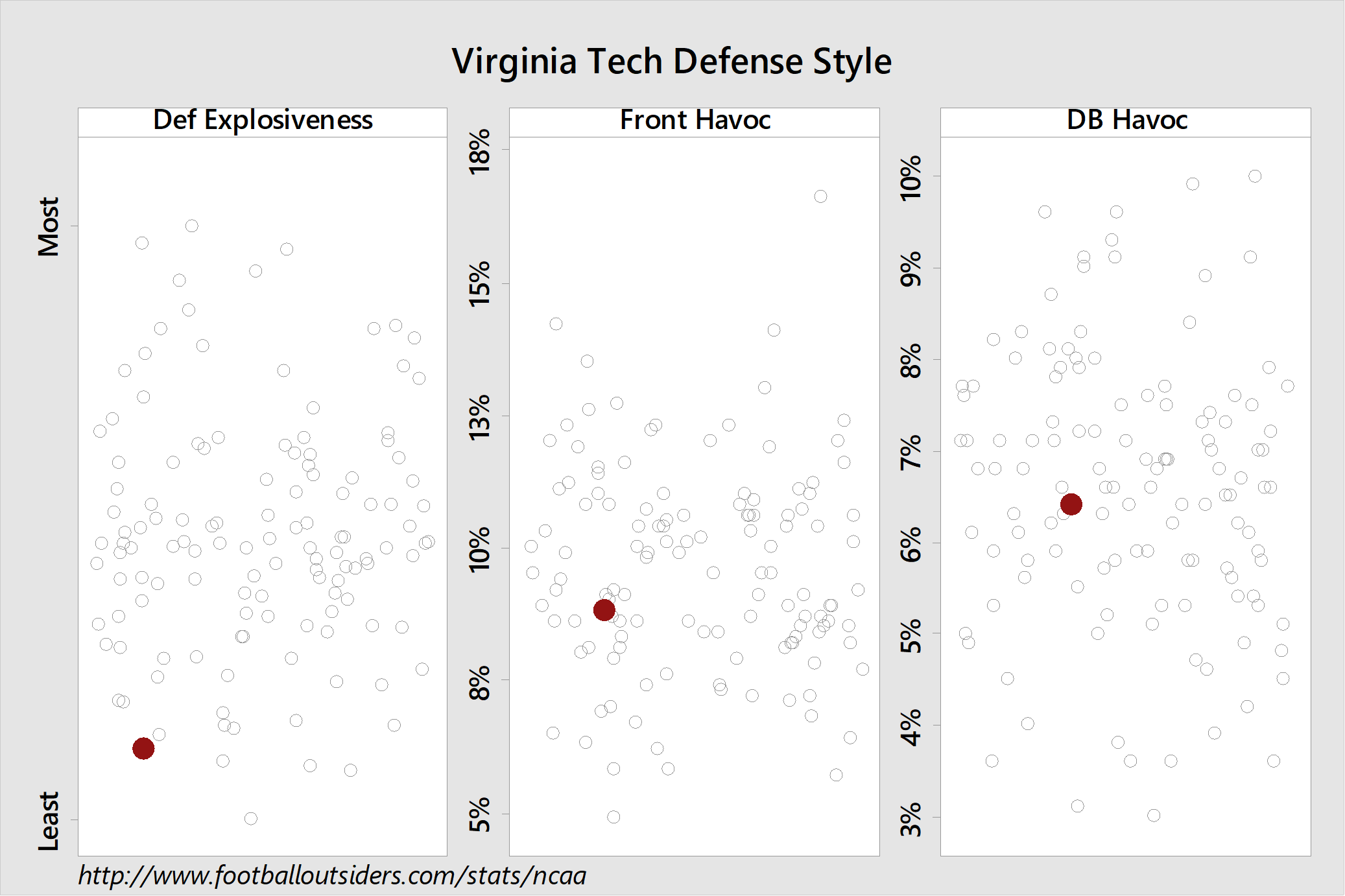 As terrible as the Hokies have been at allowing explosive plays, the Bearcats offense is not a whole lot better at creating them. I've seen enough of the Tech defense this season to never predict an opponent won't break huge gains on some plays, but this provides some hope that they will be more limited than usual. 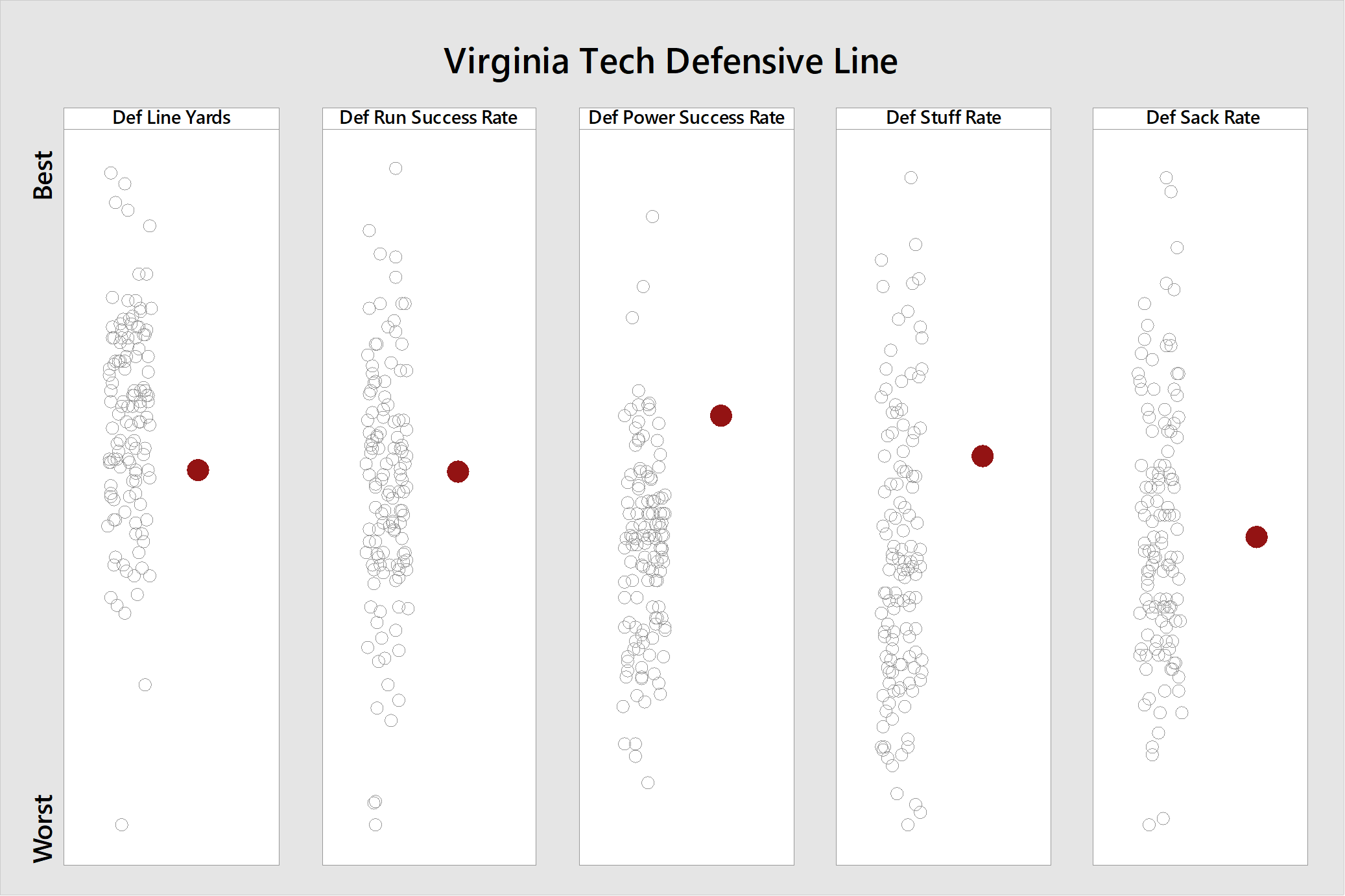 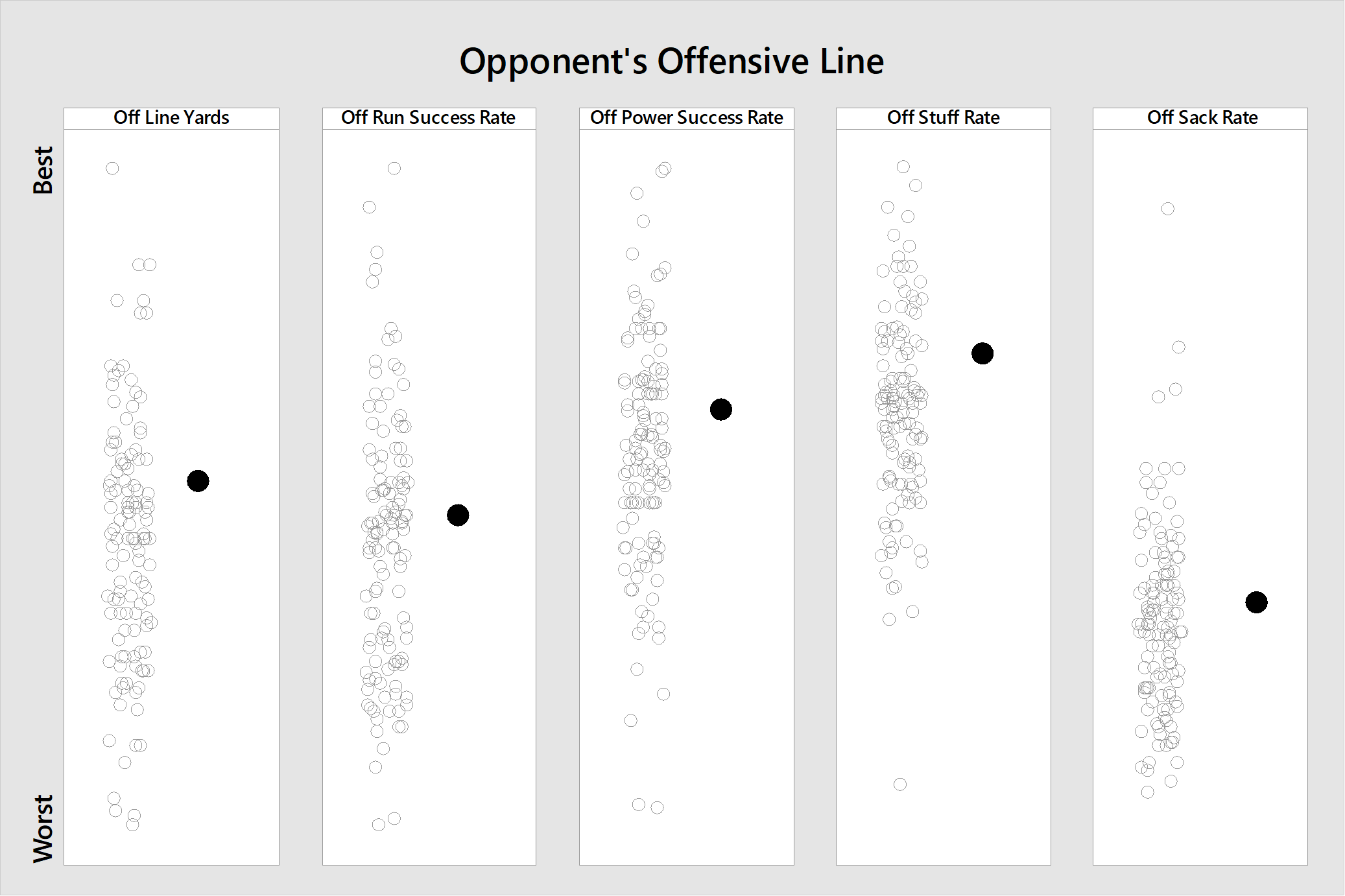 The Virginia Tech defense is closest in personality to:

The Cincinnati offense is closest in personality to:

First we look at the Hokies kicking units: 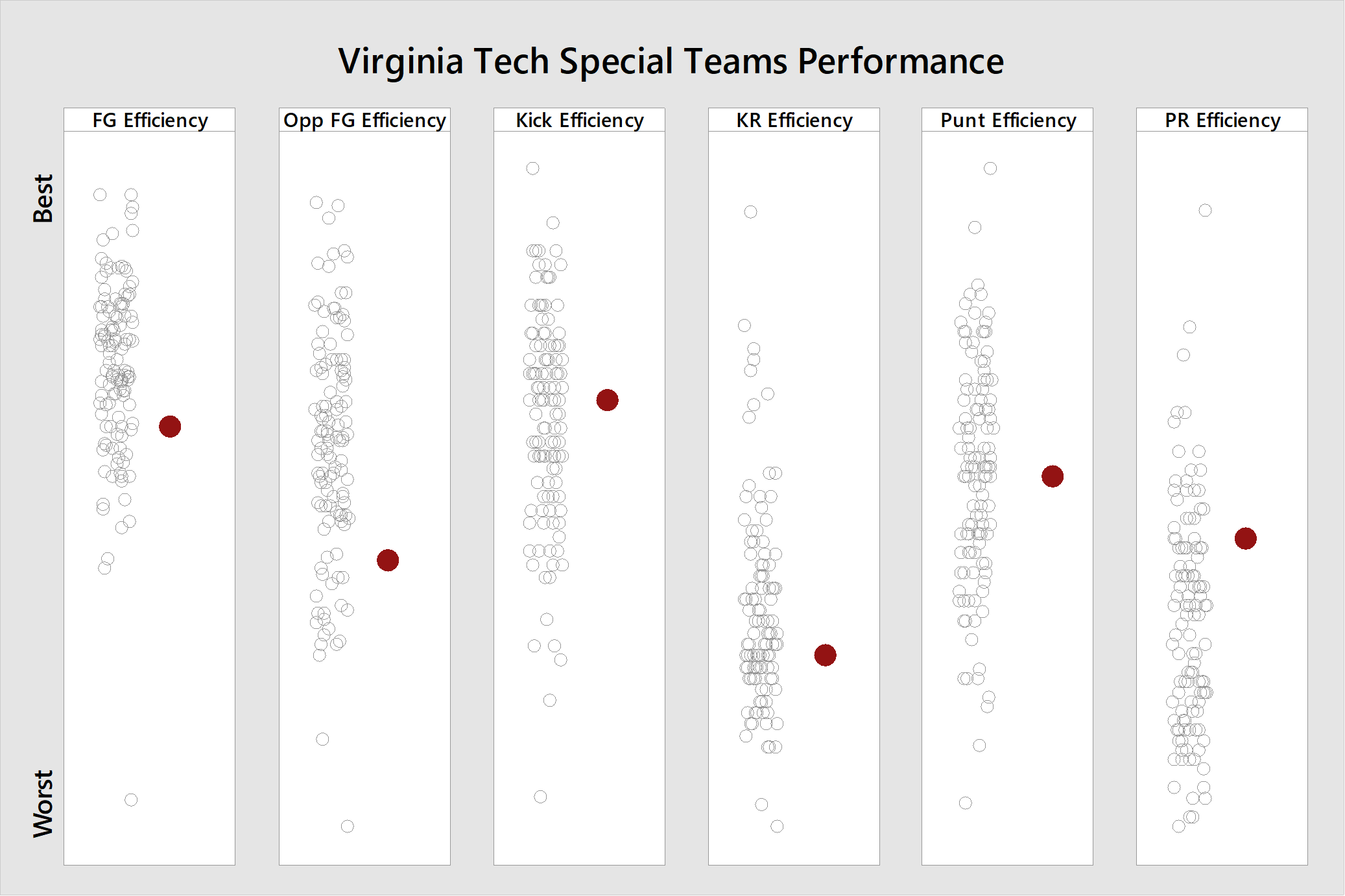 After starting strong, Tech special teams aren't finishing exactly BeamerBall-esque. That said, the FEI kickoff efficiency rating is tied to opponent returns only, something I fundamentally disagree with. The goal on the kickoff is to pin your opponent as deeply on the field as possible, and for years now the team has excelled at kicking the ball too deeply to return. Jordan Stout has the 2nd-highest touchback percentage in the country at 89.55%, and Virginia Tech is 2nd nationally in average net kickoff yardage at 64.82. I can't accept a statistical rating that puts that unit in the bottom half nationally, because I wouldn't trade them for a single other group in the country.

When the Bearcats kick: 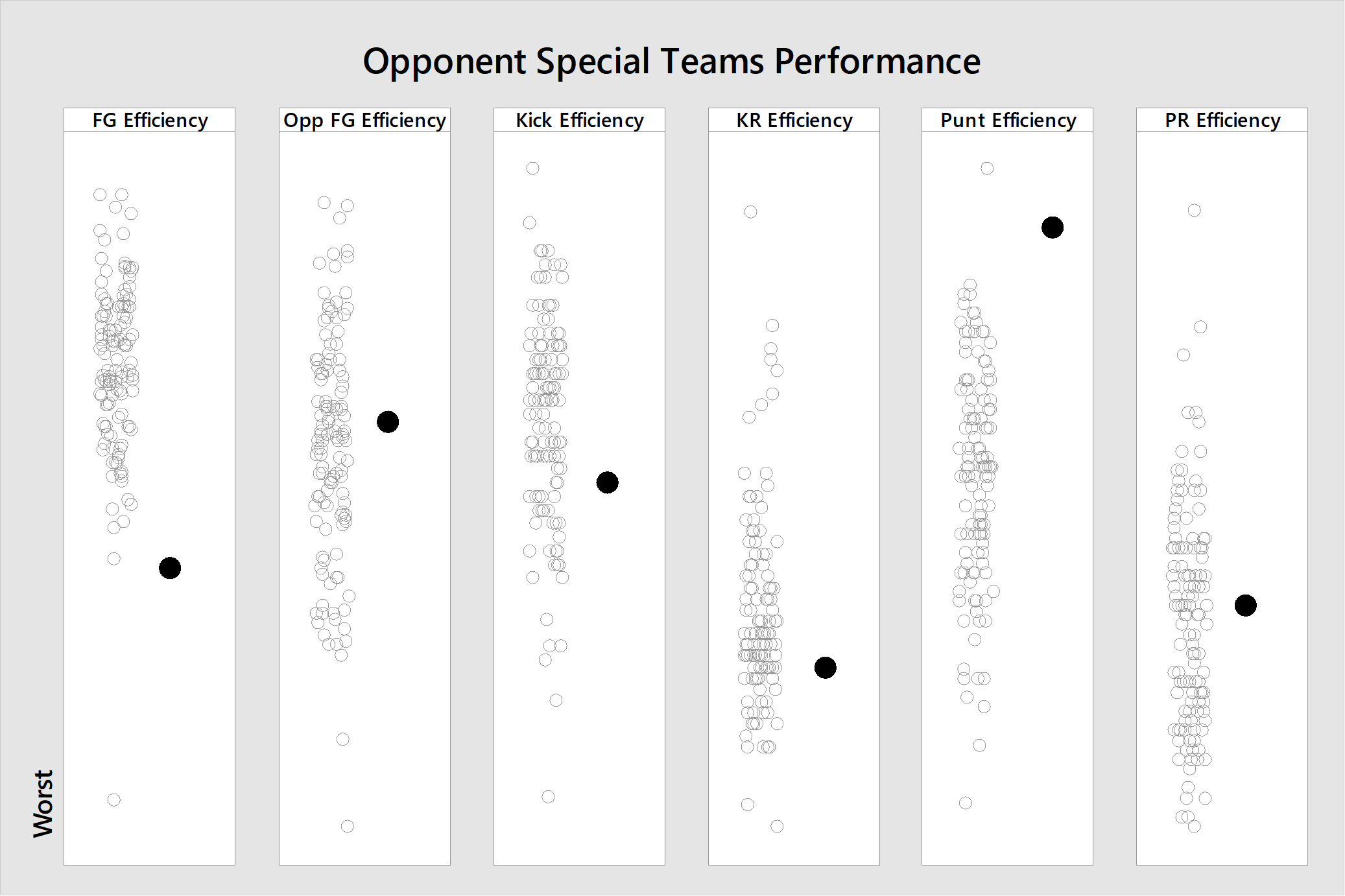 What to think of this group definitely depends on what kind of kick they are performing. They are 2nd-nationally in punt efficiency (stats on their punter below), and 2nd-worst nationally in field goal efficiency. The team is dead last nationally in field goal percentage, having made 5 of 12 attempts on the season...only having 12 attempts on the season is in itself pretty telling. Freshman kicker Cole Smith (no relation) has not made a field goal since October 27th, and in addition to 3-point woes, he has missed two extra points.

Naturally, Cincinnati will win on a 57-yard field goal as time expires.

There's no Leonard Baehr (namesake of the Bearcats because whatever) on the roster, so let's see who IS on the team:

Cincinnati's knack for getting opponents into a hole on downs is what scares me most in this game. It will be difficult to pull off a win if the team is constantly relying on miracle plays to keep the ball. To me, average 3rd-down distance will be the telling factor in this game. If it is less than 5 yards, the Hokies have a real chance to score enough points to get the upset. Although, this is certainly one of, if not the weakest Foster defense in memory, there has been development recently, and the time off can only help with some many young and banged up players.

I can so easily talk myself into either extreme scenario in this game. If Cincinnati broke multiple big plays and torched the Hokies on offense while shutting them down on defense, I wouldn't be surprised. I also wouldn't be surprised if defensive development by Foster and a nothing-to-lose attitude on offense shocked the Bearcats and gave the Hokies a big, dominant win. So I may as well split the difference.

As always a thanks to Football Outsiders, cfbstats.com, and Minitab Statistical Software.

Thanks for a great season of write ups, Joel. Just a quick note: our regular season win count is locked at 6 no matter what happens Monday.

I dont think you picked against the Hokies once this season. Please correct me if i'm wrong. There's just something nice about optimism with statistics to back it up. Thanks for the hard work this season Joel.

Hey there, let's not all go assuming there are statistics to back up the optimism that ends every article...

Coleman Fox picks up a blocked punt and returns it 18 yards to start the scoring, mystique of the #25. Big Play Tre and Hazleton combine for 13 catches, 211 yards and 3 TD's. Peoples has 77 yards and a TD. The young defense holds off a 2nd half rally, Hokies win 35-24.

I hope we keep the nations longest winning season streak going. Hearing the Bearcat defense compared to Marshall made me smile, we did pretty good against that highly rated D.

So you have predicted 12 victories this season and we have six so it is safe to say that 50% of the time you are right every time. I will take a 50% shot to win, Let's Go!

The Cincinnati defense is closest in personality to: