Five Downs: None of Us Know Anything

We shouldn't have big picture takeaways just two weeks into the season, but we can start asking some questions. 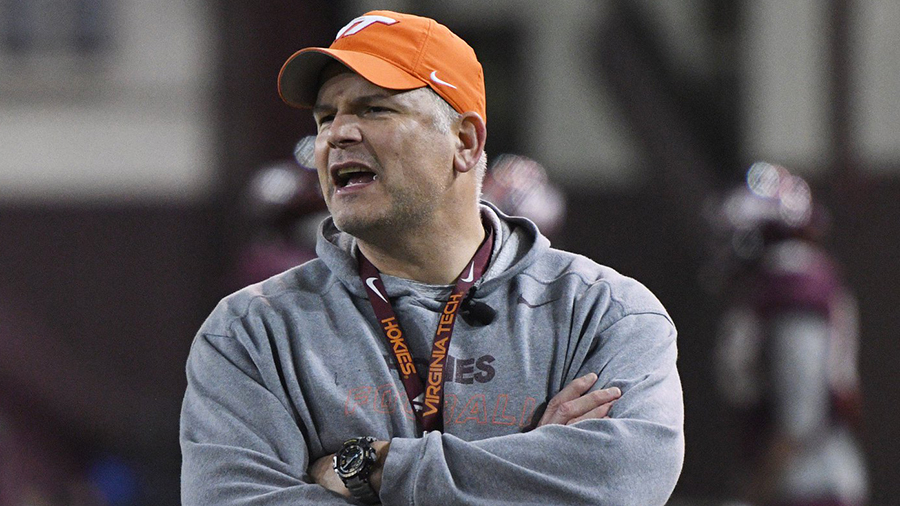 It's week three, and the Virginia Tech football team is sitting between Old Dominion and Furman. It's the weird point in the college football season where we desperately want to begin drawing conclusions, but it's still far too early to do so, leaving us grasping for hot takes.

No one really knows what this team is. We may have some guesses, maybe even a few assumptions, but any big picture take away would be unfounded.

So instead of one big picture, I broke down five smaller topics I've found interesting over the first two weeks of the Hokies' season.

Things are really not as bad as you think they are. Well, probably not.

It was early afternoon central time when my phone started to blow up with messages from a half dozen different Hokie friends. It was well into the third quarter of Tech's win over Old Dominion, and Ryan Willis was leading a grown man drive down the field to eventually put his squad up 24-3.

And as that was happening, it seemed like everyone in my life had the same thought.

"It's going to be a loooooong season."

At that moment, the Hokies had gone three-and-out once in their first six possessions against the Monarchs. The other five drives?

Now if you just stop there, it's pretty decent, right? An offense chewing up clock, converting third and longs, and keeping their defense off the field for long stretches? Not bad at all. The score was lower than most wanted, but the efficiency was there. Yet there I was, getting texts about how the sky is falling.

I do understand we can't overlook how the rest of the game played out:

1 play, 13 yards, fumble (a little fluky rolling on top of the defender)

That's not good. At all. But I'm not sure if it's as catastrophic as people make it out to be. Remember the first games in Lane Stadium in 2016 and 2017? Probably not, because they were a little too close for comfort against bad opponents.

In 2016 Tech beat Liberty 36-13, on a day where the Flames lead by three until late in the second quarter. The Hokies lost four fumbles and needed their defense to bail them out in the subsequent possessions.

In 2017, after their thrilling victory over West Virginia at FedExField, Tech came home and looked nothing like the team who won in Landover. Josh Jackson and company needed a Greg Stroman punt return score, the defense to force an interception in the red zone, and a Delaware missed field goal in order to secure a 27-0 win over the Blue Hens.

Yes, both of those final scoring margins are greater than what Tech came away with against the Monarchs. But the first two were against FCS competition, and were teams the Hokies should have came out and smacked. But they didn't.

Games like ODU happen, even when the Hokies have NFL talent on both sides of the ball. Maybe a 14-point win as a 28-point favorite in the second game of the year means the 2019 version of Virginia Tech football isn't any good. Or maybe it was just an up-and-down performance by a group who was still trying to find their footing in week two.

It legitimately could be either one. But it's so damn exhausting to listen to Tech fans talk about every play like it's some grand indictment on the state of the program. Maybe things are exactly as bad as you think they are, or maybe you just want them to be part of a self-fulfilling prophecy to prove your point.

It's been a question stuck in my craw for the last year, but it intensified after everyone on Twitter (and many members of this website) decided to fire Justin Fuente mid-way through last week's game.

I get the whole idea about a program's identity eventually leading up to its head coach, and how he's responsible for the whole shebang. But remember when Fuente came on, and all of those stories were written about the clandestine meeting between Foster and White Babcock's soon-to-be-revealed hire? And how miraculous it was for an offensive minded head coach to simply set and forget one side of the ball, leaving it in the hands of one of the greatest defensive coordinators in college football history?

Well that was the plan. And now Fuente's offense has been reasonably successful, while Foster's group has fallen off a cliff for the first time since he's been in Blacksburg. Tech ranked 85th in scoring defense in 2018, and currently ranks 71st this season. Last week, ODU cut the deficit from 21 to seven by stringing together two touchdown drives with relative ease in the late third and early fourth quarters.

I'm not telling you where to place your blame, but it's just so interesting to me. A program whose fans have been trying to drive every offensive coordinator to the airport since 2000 doesn't have the stomach to take a different coordinator to task? Especially when the general talent level shows a lack of recruiting on his side of the ball?

But Bud's retiring, and people love him, so he's come through reasonably clean as Tech fans throw shit at the rest of the coaching staff. It's not necessarily wrong. But it is interesting.

(And if I was Fuente, it would make me maaaaaaaaaaad. But that's another conversation for another time.)

Where the dogs at?

I'm really bummed by the lack of crazy the Hokies have shown so far. They're a pretty orderly bunch, trying to go about their business with a straightforward mindset, not committing many crippling penalties through two weeks. But safe and straightforward isn't always a way to go through life, and I really just want two or three guys to come in and shake things up.