Hokie Tracks Have Thoughts on the Kill Hire, Culture and the Furman Win

And some fresh GIFs too. 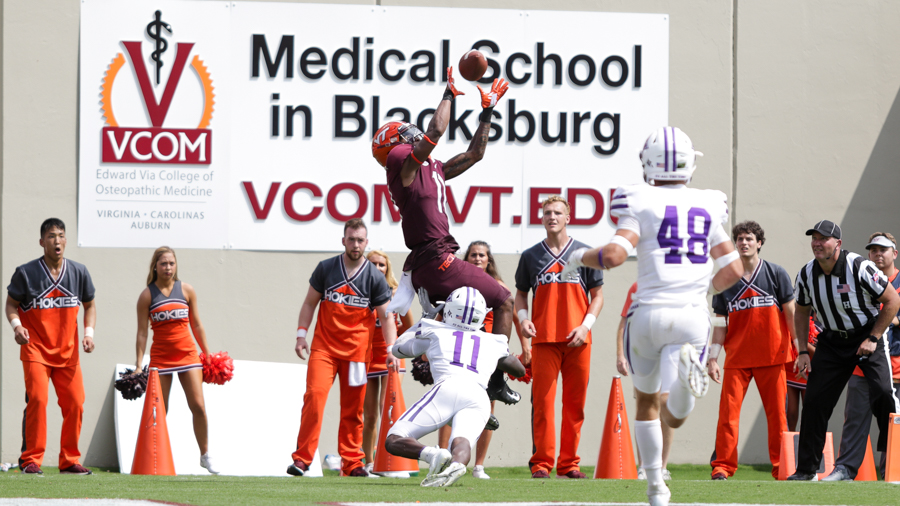 Big Play Tré [Turner] moments before he hauls in a touchdown for the Hokies. [Mark Umansky]

"It wasn't the prettiest game, but to be honest with you a win's a win. I don't know when wins started being losses." That was a perceptive post-game Dax Hollifield take on the mood after the Hokies' illegal recovery aided 24-17 win over the Paladins.

Virginia Tech struggled out of the gate against Furman and needed three second half touchdowns combined with its stingiest defense of the season to surpass and put away the pesky Paladins. Tech closed as a 24-point favorite and with droves of fans leaving Lane at the half, it would have been easy for the Hokies to checkout too. Still, the rally will get minimal credit. After all, consider the competition.

What was projected as a bounce-back campaign due to returning talent and a cushy schedule has a consensus downgraded outlook. That presumption plus performance, three straight meh outings against bad teams, yielded an expectations disconnect. Football games are forward looking statements. The transitive property of football is fundamentally flawed, but it's routinely applied in hindsight and foresight. It's now an unpleasant thought to project this team's prospects against ACC-caliber competition. Although Tech has the opportunity to change (or re-enforce) the narrative against Duke and Miami.

Next up: More on fumbles. Both Justin Fuente and Tré Turner discussed the latter's first quarter fumble against Furman.