Are the bigger insecurities of Hokie Nation impacting the way Tech plays football in 2019? 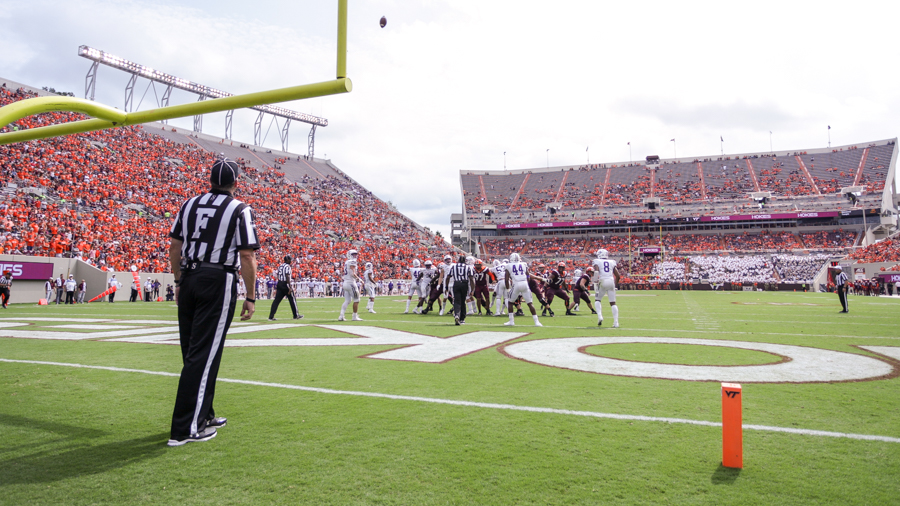 I think Justin Fuente may have broken my dad.

The man who raised me — a mid-80s Tech graduate, die-hard Hokie who retired to Blacksburg five years ago in part so he could have season tickets to both football and basketball — did something he's never done before.

He who taught me about sticking with a team through thick and thin, showing support even when things get hard, left at halftime of the Virginia Tech football team's 24-17 win over Furman. He rose from his West Stand seat, clad in an orange effect shirt and what can only be described as the ugliest pair of VT shorts a collegiate apparel company can offer, and walked back to his car and went home. When he told me after the fact, I was blown away. But to be fair to him, he wasn't alone.

The students left. The alums left. The only things which remained unchanged from kickoff to the final whistle were the 14,000 unsold seats.

Some (like my editor) may call this losing the fanbase. Personally I feel like this statement doesn't give Hokie fans' addiction to football enough credit. The fans aren't lost, they know exactly where they are — watching things from afar until the team either gets better or gets another coach.

No, to me this is a symptom of something much more widespread. Something that's running rampant through the fans, coaches, athletes, and administrators alike.