The Power of Nostalgia

The Hokies lost to Duke in all four quarters on Friday. But their biggest L might have come at halftime. 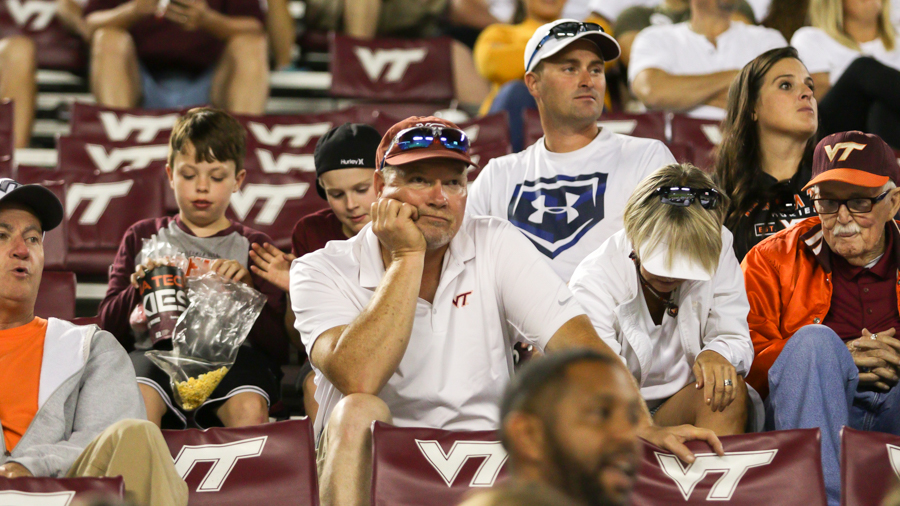 It was the day I turned nine. We ate steak for dinner, I opened presents and then watched the most impressive performance from the Virginia Tech football team I've ever seen to this day.

College GameDay was in town to watch the undefeated Hokies play Syracuse, a matchup of two top twenty programs. The football world wanted to know if Michael Vick and the Hokies were for real, and boy did they deliver.

But Vick didn't do anything to add to the impressiveness of the win. In fact, it's what he didn't do which made the final result feel so imposing. The freshman didn't play well — 8-16, 135 yards and one TD. He didn't launch any 60 yard howitzers to Andre Davis. He ran for a net gain of just six yards (no majestic dances through the opposing secondary). If you watch the highlights from the game, you hardly notice Vick at all.

The star quarterback did next to nothing. Davis' lone bright spot didn't come from a fly pattern down the sideline or a punt return where he flashed his afterburners, but instead on a reverse in garbage time. Corey Moore didn't have a sack, and the Hokies didn't block a kick.

None of the great things we remember about the '99 season actually happened on their first national stage. And Tech won 62-0 anyway. Total domination on all three phases of the ball, without big plays from their most famous players.

I love that team. When you're nine years old there's something superhuman about the players you idolize, but it's more impressive when you grow up and realize those guys really were not of this world. Vick, Davis, and Moore all did things on a weekly basis that defied expectations. They put Virginia Tech football on a platform the program had never seen, and launched it into the future.

To say the 1999 Hokies were important to the program is like saying Gettysburg was a pretty important victory for the Union. Without the '99 squad, Virginia Tech as we know it is completely different.