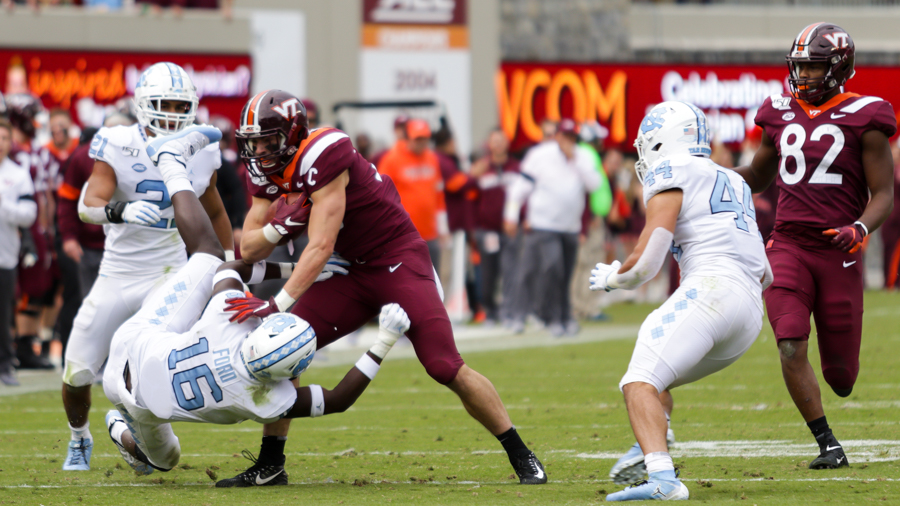 Publisher's Note: Chase Mummau was a walk-on quarterback at Virginia Tech from 2016-17.

Virginia Tech's offense employs a zone-oriented run scheme in the majority of their play calls. What's a zone run scheme you ask? It is a design in which the offensive line will block whichever defender is in their respective "zone" at the snap. Offensive coordinators favor this scheme because there are no set blocking rules other than to zone. So theoretically it should account for all defenders against any front that a defense might show. Whether that is an over or under front, or even a bear front, the zone running scheme should be successful if the offensive line reads their respective keys.

For the first few games when offensive coordinator Brad Cornelsen would call a zone play, the offensive line was taught to cut on the backside. Cut blocking is a technique that offensive linemen utilize to slow down defenders. Triple-option offenses love cut blocks because it doesn't allow opposing defensive linemen to read the play as it develops. The clip above shows right tackle Silas Dzansi attempting to cut block defensive tackle Tanner Karafa (No. 48). As you can see, the block was ineffective as Karafa eventually assisted with the tackle. A cut block can become a liability if the offensive lineman misses or doesn't get enough of a piece of the defender. That was evident over the first few weeks of Virginia Tech's season.

Since the Duke game, offensive line coach Vance Vince and the offensive staff have opted to base block on the backside of zone-run plays. This means that the backside tackle will block the backside defender one-on-one, and prevent the defender from running down the play from behind. In the clip above, the play call is a zone to the right. Left tackle Christian Darrisaw base blocks the 3-technique DT Trevon McSwain (No. 95) because the defensive end is wide enough that he won't affect the play. As the play rolls, Darrisaw gets inside position on McSwain which creates a hole that Deshawn McClease doesn't miss. Too often early in the season the cut block would be ineffective, and this switch has seemed to work as the running game has become more explosive and effective.

With the change at quarterback, Cornelsen has leveraged personnel and implement a quarterback run into many pass plays. Watch the plays above. McClease releases to block, that is by design. Hendon Hooker knows that if there isn't a throw available, the QB run is also blocked up. This wrinkle makes it very difficult for defenses to defend because they don't know if the running back is releasing to run a route, or to eventually block for the quarterback. This element was not present with Ryan Willis behind center. Willis was known more for his arm, so defenses weren't as stressed about his ability to run the football. With Hooker and Quincy Patterson, defenses have to respect the fact that they can run. Either that, or they will get torched on third downs as evidenced above.

This is the single adjustment that has helped Virginia Tech's offense the most over the past three games. When you run an RPO (Run Pass Option) offense, you must have a mobile quarterback who can make plays with their feet. Having this read built in also helps whoever is in at quarterback know that there is always a way out without having to dump the ball out of bounds.

Dalton Keene and James Mitchell have become the focal points of the Virginia Tech offense. Keene is utilized more for his blocking acumen while Mitchell's catching ability has begun to expose defenses. Tight ends are a quarterback's best friend. When you don't have to throw the ball outside of the hashes to gain yards, it makes the signal caller's life a lot easier to sustain drives.

The recently incorporated tight end motions have sparked new life in Tech's offensive production. This addition prevents defenses to get set based on formation. Offensive coordinators love motioning players because they know that they will get base coverages on the back-end. Not allowing the defense time to make checks, provides Tech's young and inexperienced gun slingers simplified coverages to read.

I love Keene aligned in the backfield to stay in for protection. The running backs are not the best in protection, so putting a tight end back there helps guarantee the quarterback an extra second or two. The above clip is the same play call that I featured when I discussed designed QB run calls within a pass play. This time though, instead of McClease lead blocking, it is Keene, the Hokies' best overall blocker. As you can see, Patterson drops back to pass and when he realizes that there isn't anything downfield, he takes off and follows Twenty-Nine. Cornelsen has also called runs to Keene from that running back position, which keeps the defense honest. Just because he aligns back there doesn't mean it's going to be a pass play.

Look for the offense to continue to move both Keene and Mitchell around in formations to get defenses to tip their hands. This week against Notre Dame is going to be the toughest test of the season and the success of the offense is going to be predicated on how well the tight end room plays.

You know this is going to devolve into an AMA, right?

Appreciate you giving it a read!!

I can remember watching this and going "that's not Bradburn... THAT'S NOT BRADBURN IT'S A FAKE!"
The staff came up with some clever roster management for this one, and I loved it.

Great insight, Chase. Thanks for breaking it down for the less schematically-inclined folks like myself.

What was that play called?

Getting hoisted into the air by none other than Mr. Cannon after the play, too

In the Miami game the first time I saw Hooker take off and follow McClease out of the backfield I felt like I had seen that before. Did we utilize that with Jerod Evans as well? He was also largely on the "quick read - nothing there? - then take off" plan.

Also thanks for doing this review!

Yes, this play was utilized a ton when Jerod was here. Helps young QB's a lot especially if they are good athletes.

Excellent breakdown Chase. I look forward to reading more of these!

Thanks for sharing from your experience, Chase.

Love this! Having two football experts breaking down plays, formations and schemes will take TKP to the next level (or 10)! 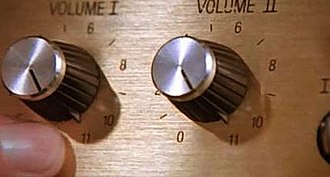 Chase - I loved your appearance on the Inside the tunnel Podcast....Good luck with Everything and thanks for taking the time to do this film breakdown.

Appreciate you giving that pod a listen. Looking forward to getting back into football in some aspect in the near future.

Have you thought about getting back into football as a coach? Based on your review and understanding of offense, I believe you could be successful at it. Thanks for this great review of the offensive changes we have seen over recent weeks.

Chase - thanks for putting this together. Good and interesting read! (Although a little disappointing James Mitchell ended up not blocking anyone in that Duke clip).

As a QB, would be curious to hear more of your thoughts on the differences in playcalling with RW in there (he seemed mobile enough last year) and, related to that, any thoughts on RW's struggles this year.

Corn loves having a QB that can gain yardage with their feet. While Willis did make some key rushes on third down , he wasn't the same running threat as HH or QP.

Willis does have the stronger arm though which is why Fu and Corn favored him at the start of the season. Realized a few games in that the more athletic/versatile QB would work better with the currently constructed offense.

Thanks for the write up, and the responses! I gotta pry here - could you expand on what likely changed the staff's mind? Do you think that they underestimated the learning curve for the young OL, or over valued the skill at receiver, or Willis just performed better in practice than in games, or something else? I think the fan base at large is curious about exactly what changed between fall practice (when Willis was named the starter) and the Duke loss, and why Hendon wasn't named the starter from the start?

When you discover that Chase 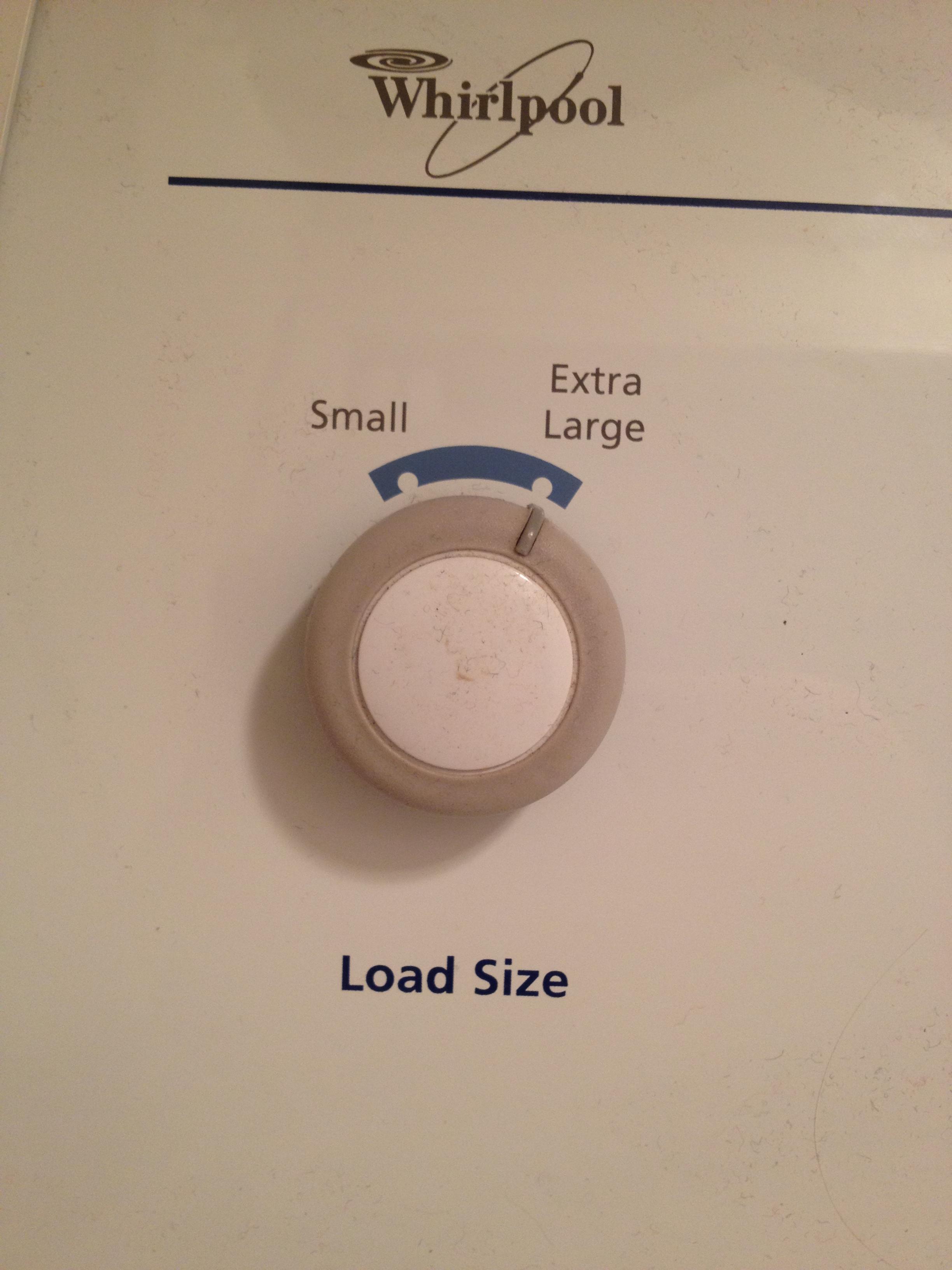 Currently laughing out loud at my desk at this one

Chase, this is the greatest work I've seen from you since my trip to Orlando two years ago!

No question the QB running has been a huge boost the past three weeks, but this article does a great job breaking down why it has been so effective (it's not just a running QB but schematic changes to take advantage of that) but also giving me some hope that it is sustainable and not just that teams haven't adjusted yet.

Hope to see you back on TKP soon!

Appreciate you giving it a read!

This was a fun read. It was interesting and easy to read. Glad to have you here. I hope you'll write some more.

Glad to be here. Hopefully our offense is just as successful this week so I can break down how we stopped the might Irish.

Chase, appreciate the article, hope that this becomes a regular thing!

You got it. Go Hokies!

me clicking through and seeing the twitter handle and editors note

Chase - as a recent ex player can you give some insight to the relationship between the team and coach Fu to help end speculation? Recent three game streak notwithstanding it's been so gravely discussed that Fu has been running players off etc. Can you clarify?

Does this seem like an appropriate question? I'm pretty sure plenty of journalists, like Andy B, could answer this question with 95% confidence. IMO, keep the locker room stuff private. (notwithstanding with the exception of the idiot malcontents who say stuff on their way out the transfer portal which is a bad look for them IMO)

Yes it is an appropriate question - especially considering how ppl have sources that imply one thing or another which may vary from his view, and the fact that ppl want to know any the health of the team. If you don't like it then don't read the comment or the post.

thanks for the read. Especially liked Keene into help with protection. Max protection and 2 receivers should be all the offense needs- cuts down on reads, and helps the QB with time and comfort in the pocket.

I wonder if the change in OL blocking methods had anything to do with Kill. That did directly affect rushing which is an area of focus for him.

Great article, Chase! Thanks for breaking it down for us! Hopefully there will be lots of big running plays by our offense in tomorrow's game!

Oh Heck yeah! D-X-pert French and O-X-pert Chase. TKP getting all the breakdown!!!