I take a look back through ten years of photos of my favorite subject. 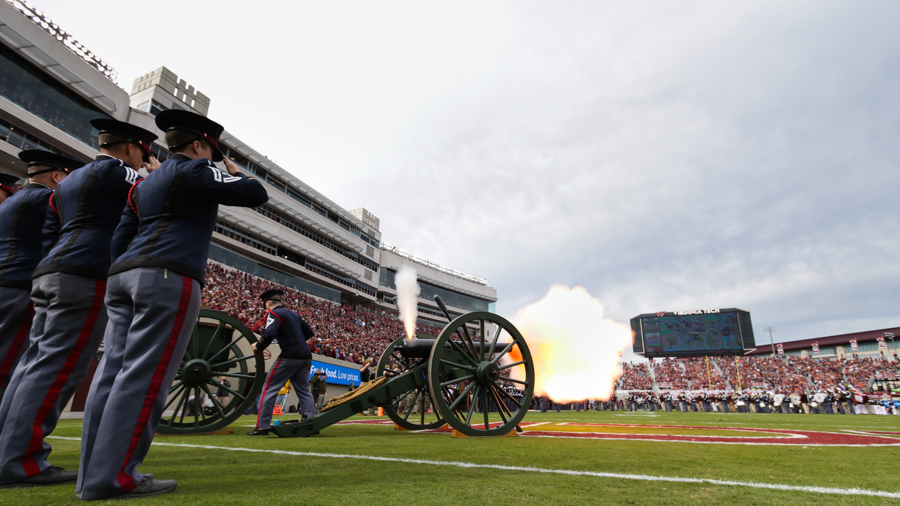 I wrote this up this past November, and then we all promptly forgot about it for one reason or another. My daughter was born, basketball season came and went, and a worldwide pandemic arrived. Last week, Joe shot me a message asking if I wanted to dust this off again and since we're all working from home now, I had a bit of time to do some editing before it ran this week.

To give a bit of background on the origins of this story, this past football season I made it a personal goal to try and make photos of Skipper before each game during the national anthem. Joe reminded me to share my spoils with everyone, not just those of you who happened to be on Twitter at that exact time, so this photo story was born.

PERHAPS YOU WILL WRITE ABOUT THIS, CAPTAIN AHAB.— THE KEY PLAY (@thekeyplay) October 19, 2019

This is going to be one part rambling, one part tutorial, and lots of just me taking a trip back through my photo library to bring you one of my favorite subjects to photograph: The Skipper.

Just after midnight on March 30, 2008, the class of 2009 was finishing up their Ring Dance with the usual Drillfield fireworks and a firing of Skipper. This night, however, the Corps decided to fire Skipper nine times in a row, presumably for the Class of 2009. For someone still learning how to use a Canon 30D and an 18-55mm kit lens, this was mulligan after mulligan after mulligan. I don't think this is a common occurrence with the Skipper crew, maybe there was a sale on black powder that day.

Behold, my first ever photo I made of Skipper. Fantastic, right? The world is off axis, the color balance makes it look like campus was still using gas lamps, and the choice of background is awe inspiring. This was probably shot number five or six of nine, as I didn't even realize what was happening at first and I ran over from my spot where I was posted up for the fireworks.

On the ninth and final Skipper shot of the night, I got what I wanted:

That's it! Now typically, this means you need a DSLR that lets you set a slow shutter speed and a tripod, but smartphones are so good nowadays and have lots of apps and settings that let you adjust exposure with ease that it wouldn't surprise me if the latest models paired with a cheap mini tripod (or a beanbag, seriously there's tons of options) give you a great chance of making something worthy of hanging on your wall. Maybe that's a challenge for me next time I'm trying to make a Skipper photo: try it with my iPhone instead.

The best times to photograph Skipper at night are usually centered on the Drillfield like above, the Corps always fire Skipper at Ring Premiere in the fall, and the follow-on Ring Dance in the Spring (well, most years...) and you can usually position yourself at will. Just make sure to follow the instructions of the Skipper cadre and stay behind their cordon to avoid getting yelled at (or tackled!) once Skipper is loaded and primed to fire. Seriously, if you don't hear them or disobey, they will absolutely run after you. I typically use my 10-22mm on the Canon 7DmkII, but if you go tighter, you can get a pretty different view, even with the same background, like this shot from 2017's Ring Dance from almost the same spot:

The reason Skipper at night is easier than the day is timing. You can see in both of these shots that my exposure time was at least five seconds long, which means you can be extremely tolerant of timing as long as you're willing to accept losing some details in the flame. Like making photos of fireworks or star trails, a longer exposure gives you a bit of history, for better or for worse. In both photos, the Cadets are a bit blurred, especially the one who's actually pulling the firing cord, but you get the flame fully lighting up the shot, as well as some flame shooting up from the firing pin. A long exposure shot like this means that blurring can't be avoided, unless you do something like pop a second curtain flash. Even shortening your shutter speed to something almost 5x faster can't really get around motion blurring, such as in one of my earliest Skipper photos made for The Key Play back in 2014 (holy crap I've been photographing for The Key Play for over five years?)

Even getting down to 1.6 seconds isn't going to help unless this Cadet stayed perfectly still, which is impossible to ask for. You're better off embracing the blur and hoping for a little bit of luck.

(For the exif nerds with a bonus: 1.6s, f/22, 16mm, ISO100. You'll notice I had to stop down the aperture to f/22 due to the bright lighting inside Lane making a longer exposure impossible at more "normal" apertures.)

Now, photographing Skipper in the daytime? That's the fun stuff. Let's start way back in 2015.

This sequence from 2015 is an attempt to catch Skipper at its best. It's one second long, 10 frames (no edits besides resizing), 0.1s between frames, matching real life burst mode of 10 frames per second on the Canon 7D.

Here's the best frame out of that sequence:

Not bad, right? But it could be so much better. The composition is pretty flat, the overcast sky and the whiteout in the stands isn't helping the overall colors (not that I can control that), and the most important part, the timing, was just ever so slightly off that I missed the best part of the muzzle flash. I'm not sure how long a muzzle flash lasts, but apparently it's faster than 100ms, as my 10 frame per second burst failed to land at the perfect time. (Anyone on here know? I'd be curious.)

It's been 5 years since I've looked at this photo in depth, and my first thought was 'wow I really edited the hell out of the colors on that, right?', especially when compared to the previous month's overcast shot that was pretty flat. It turns out, there's very little editing on that shot at all, here's what the raw image looked like:

The only edits done: cropping, bumping exposure plus contrast up a hair and increasing overall color saturation.

The main differences between these two games? From a pure settings perspective, I doubled my shutter speed from 1/640s to 1/1250s (aka, made it faster), dropped the aperture from f/4.5 to f/5.0 (made the opening in the lens smaller) and bumped up my ISO from 250 to 400 (increased the sensitivity of the camera sensor). The faster shutter speed and slightly smaller aperture will make things darker, which is why I had a higher ISO set. These settings made the second image darker overall than the first, which helps muzzle flash "pop" more out of the background with the better timed shot.

The other thing I did different on this image? I timed Skipper itself. Instead of spraying-and-praying a second before the cadet pulls the firing cord, I tried to press my shutter button at the exact same time the firing pin went off, with immediate results. I've never gone back to the first method since. I also like my composition a lot more than the first one, there's real depth to the image, your eye follows the shot from left to right and from right up next to Skipper to far away to the North End Zone, it's a view I've tried to replicate many times since.

So given that, things you need to photograph Skipper in the daytime:

Seriously, that's probably the main thing you need. Next year I'm considering setting up my iPhone with its fancy Live View image capture that captures multiple images 1.5s before and after you press the shutter button to see if that lets me pick and choose the "perfect" timed photo, it looks like it's 30 frames per second!

Sometimes the background is extra cooperative, such as this shot of a C-5 passing right over Skipper in 2016:

A few times, Skipper gets photo-shy and misfires. Here's the Notre Dame game from last year where I'm pretty sure I nailed the timing perfectly (if you believe the little poof of smoke from the firing pin) but sadly, nothing.

I'll end with my best image of Skipper from this past season. For whatever reason, the muzzle flash on this one was extra detailed. It's also a bit more unique from other times due to the size of the blast, you can actually see it bouncing off the ground on the bottom, maybe it was a slightly beefier load of powder than usual?

Looking through all these photos was a blast (pun extremely intended) and was surprisingly refreshing, there's a lot of different compositions I want to try next year that I feel like I got away from in the past year or two. If you have any questions you're curious about, both Skipper or general photo-related, shoot me a message in the comments (and wash your hands and stay home!).

Love these Mark! I have no idea when I first captured Skipper but these are a few of my favorites over recent years. 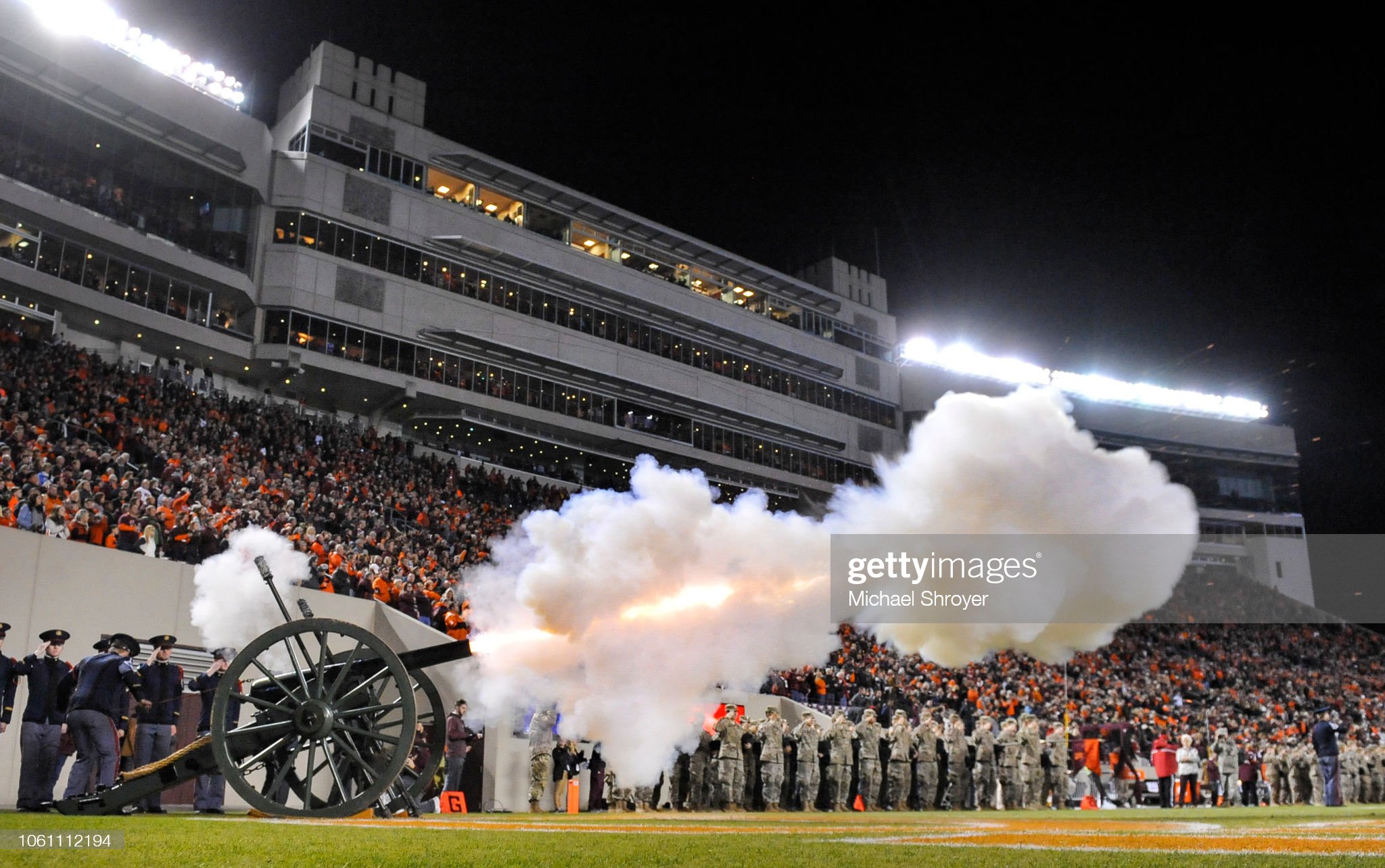 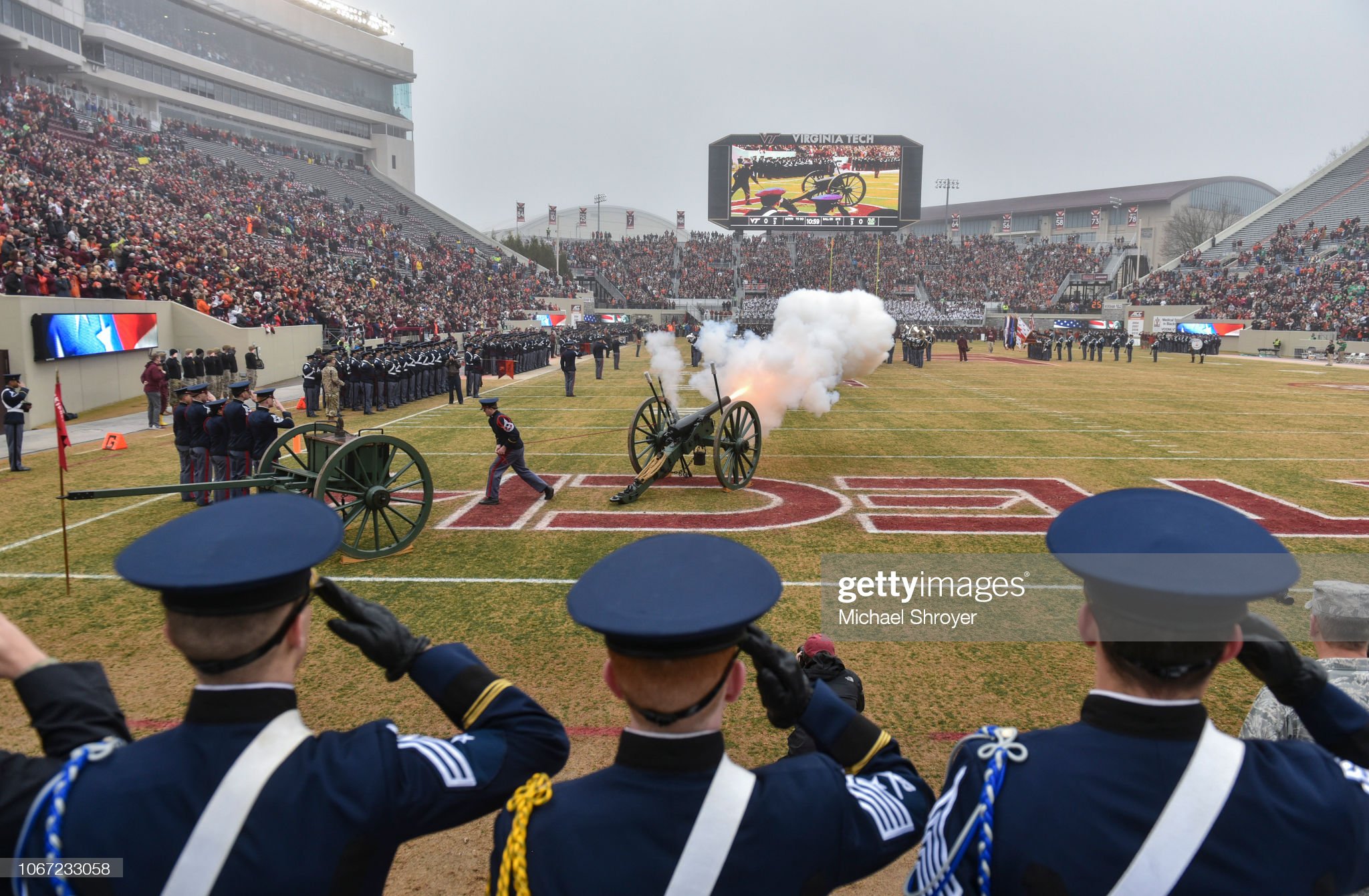 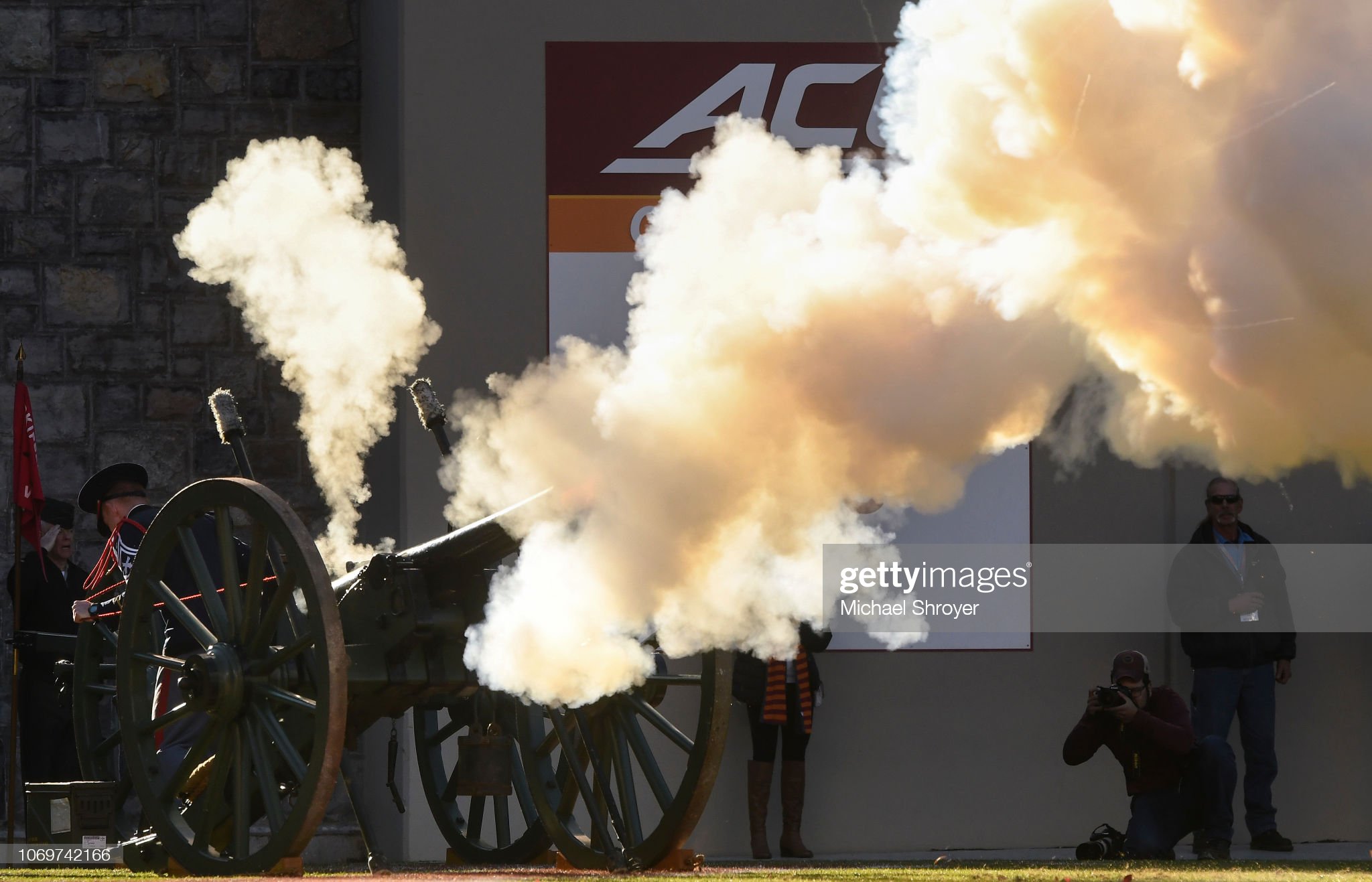 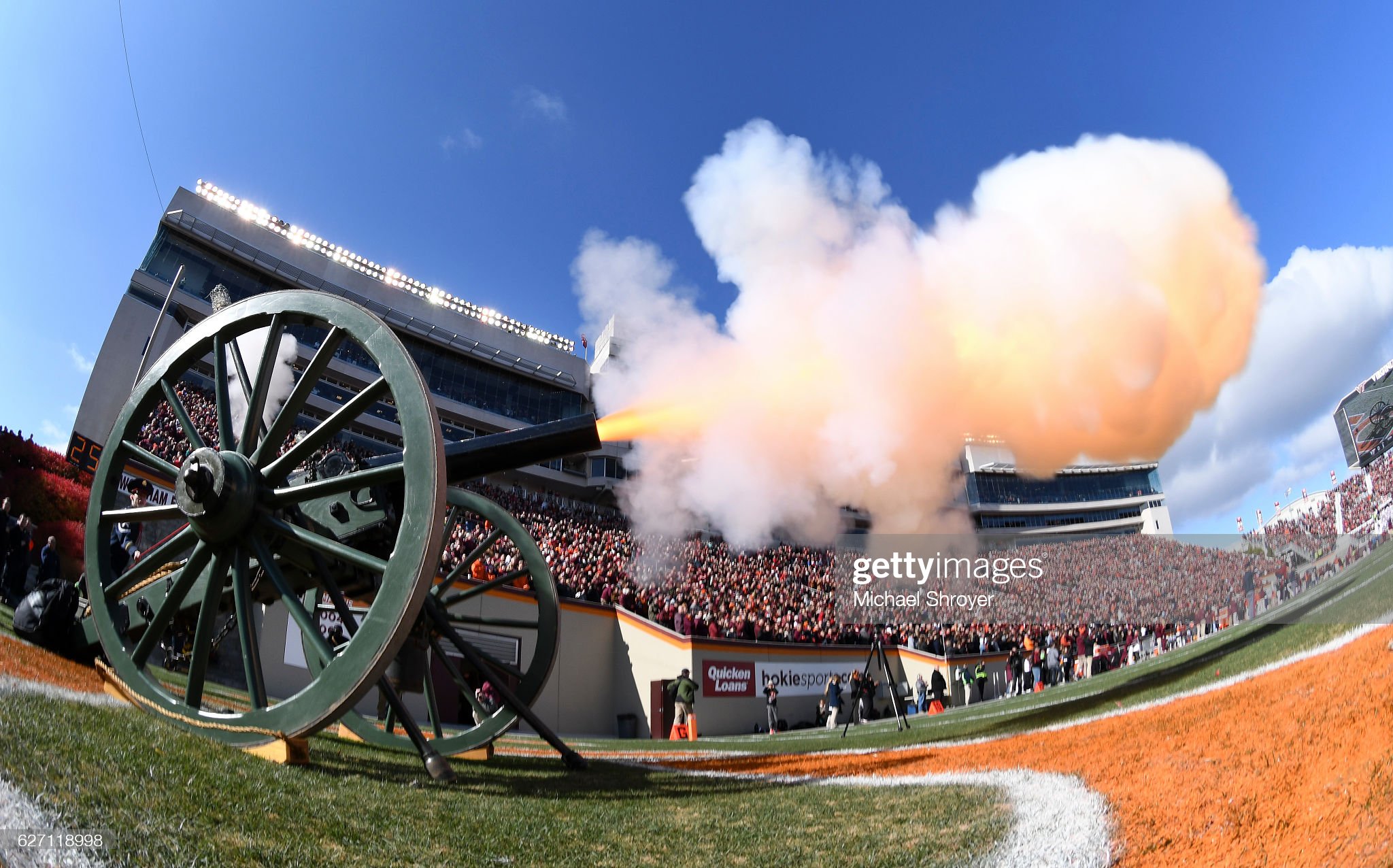 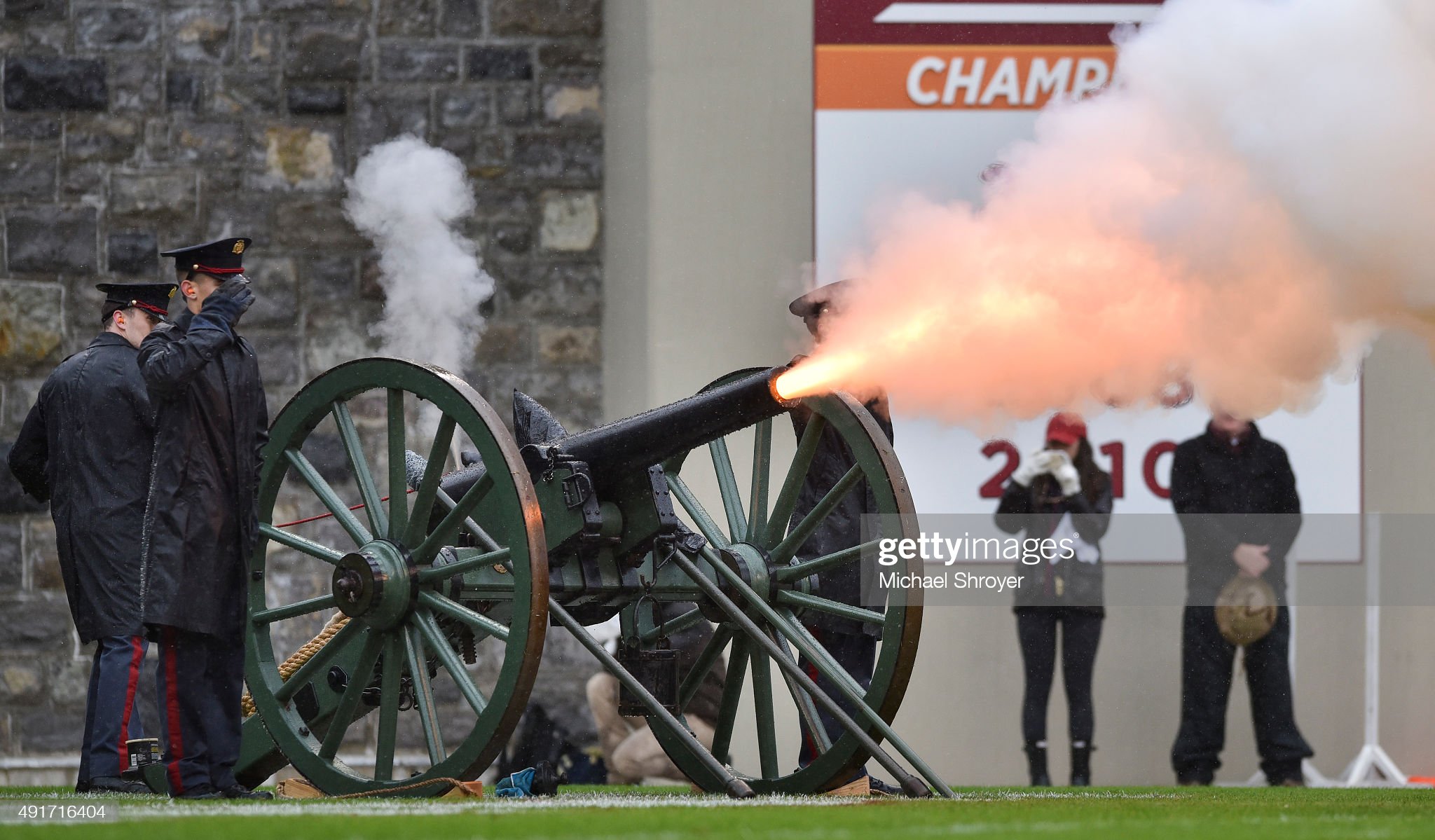 Mumansky and michaelshroyer:
Great stuff, thanks for sharing. Any of these available for purchase?

Oh... I thought this post was about The Skipper. 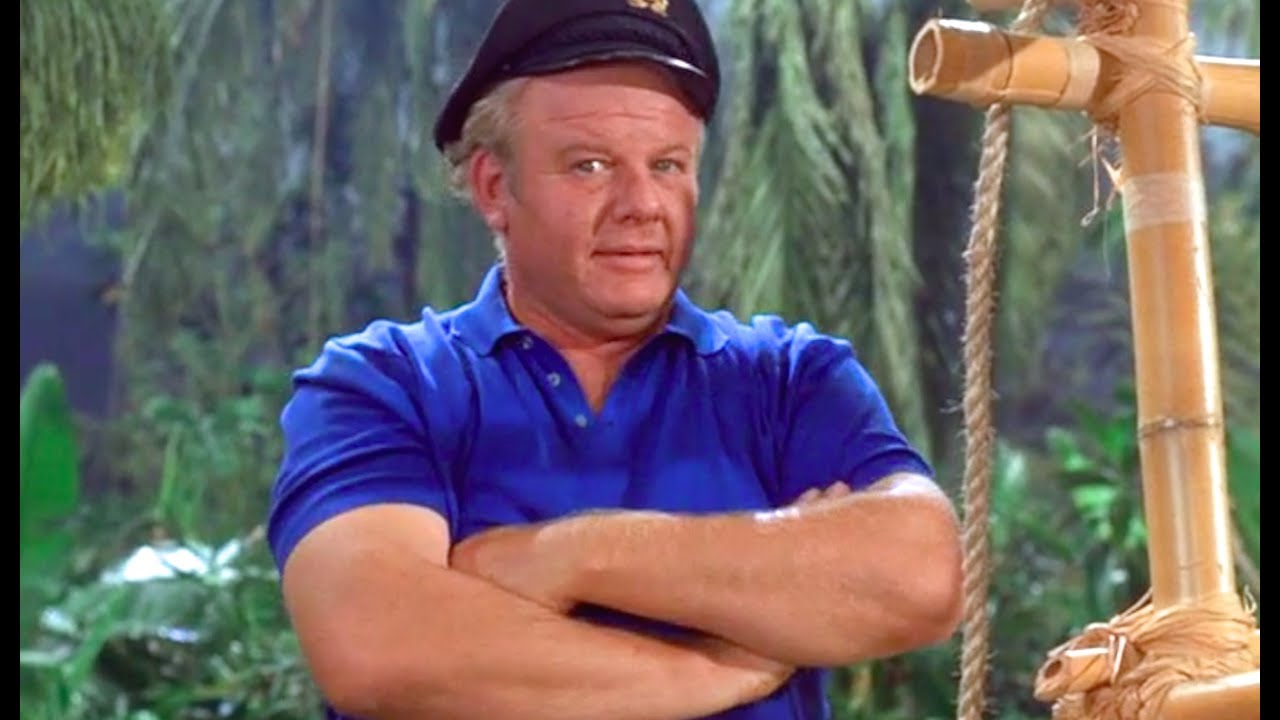 Is there any way to buy one of these as a print? I need something in my office to piss off the VMI grad.

I believe there is a keyplay perk associated with these.

I love me some Corps and Skipper articles!
Was the last picture in your article from the UNC-VT game this past Fall?

p.s: Providing the dates of the photos would have been nice extra,

It was the Rhode Island game. Also that's a good idea to identify each game in the other photos! I'll dig up the dates soon.

I may need one of these over my new desk at home....

"Taking" a photo is a negative term, when you think about it. For example, when you're a photojournalist and you're making photos in public, you may have the following interaction:

"Hi I'm Mark with TheKeyPlay.com, I just took a photo of you doing that interesting thing, can I get your name for a caption?"

"Hi I'm Mark with TheKeyPlay.com, I just made a photo of you doing that interesting thing, can I get your name for a caption?"

I didn't take the photo, I made it for you. Makes it a little nicer sounding, right?

The other way to think about it is photography is as much of an art form as drawing or painting. Those items are made, not taken, so photos get the same treatment.