Self Inflicted: Hokies derail their own upset effort against Clemson 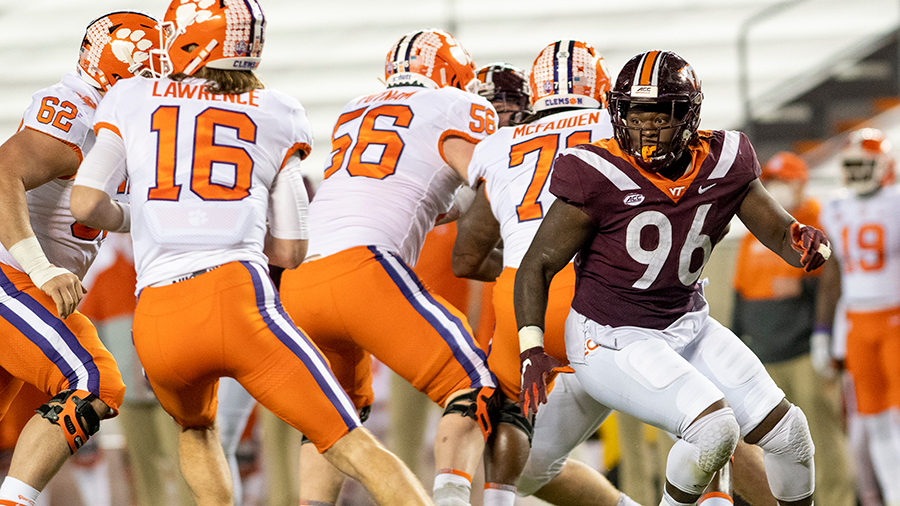 The Hokies grabbed the Tigers by their tail, and then proceeded to cut off their own hands. While there were several stellar individual efforts, the collective Virginia Tech group was tripped up by a multitude of penalties, mental errors, and inconsistent efforts. The lapses they needed to avoid in order to upset a vulnerable Clemson on Saturday night. As has been an ongoing story of the Justin Fuente era, the Hokies collapsed after unforced errors killed drives or allowed a stagnant Clemson offense to pop a big play, despite both front-sevens consistently controlling the line of scrimmage. Clemson was susceptible to a loss, but there wasn't enough sharpness on the field, or aggressiveness in the booth, to overcome the talent disparity. A 17-10 halftime deficit ballooned to a 45-10 thrashing. In the end, the game went from a feeling of excitement at the prospect of an upset, to concern as numerous key players succumbed to injuries. By the end, as some players pleaded with their teammates to keep up the fight, far too many Hokies looked and played like they were ready for this nightmare of a season to conclude.

The Good: The Inside Zone

Clemson made a commitment defensively to move hard laterally with overwhelming numbers to stop Tech's outside zone read. Watch how the entire defense flowed hard one gap to their right at the first key of a zone step by the offensive line.

To Khalil Herbert's credit, his patience and the offensive line's control of the front-four allowed him to eek out some positive yardage on many of those runs. However, with Clemson flowing so hard into the outside zone, I would have loved to have seen Brad Cornelsen use more frequent quick hitting inside zones, or a designed quick cutback to keep those backside defenders honest. When the Hokies ran an inside zone on their first trip near the goal line, the Tigers' sea parted like Herbert was Moses. Note how both inside linebackers attacked the right side of the offensive line as if Herbert was running an outside zone.