By the (Advanced) Numbers: Raising 'Canes

Freshman quarterback Tyler Van Dyke has injected life into the Hurricanes, but how has he performed relative to competition? Analyzing a tough Virginia Tech road test to handle a Miami squad statistically better on both sides of the ball. 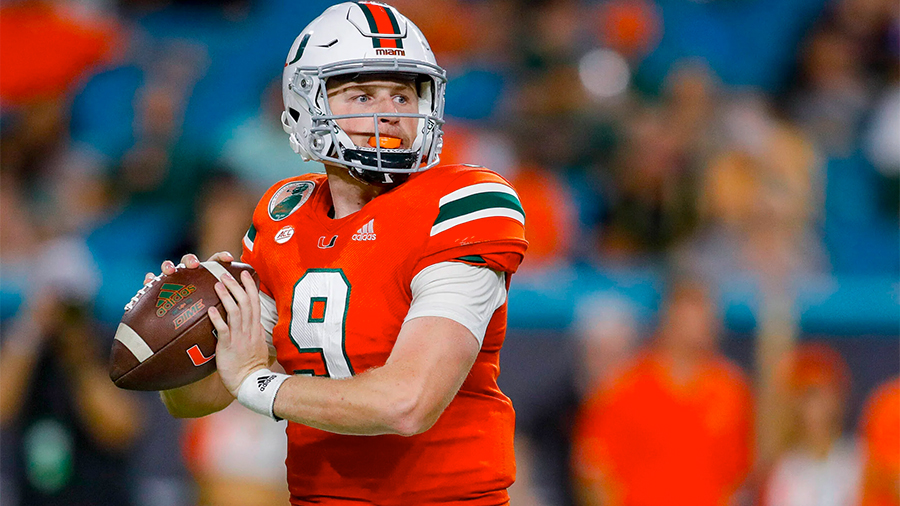 As I wrote last week, I felt strongly it was time for Virginia Tech to move on from Justin Fuente. I don't want to dance on anyone's grave, but I also won't spare sympathy either; not because of his lackluster time at the school, but because he was paid well walks away with a big payday. I'd rather share those feelings for people struggling financially that don't get anything when they lose their job.

I do feel like ending the Fuente era on a positive note. Not in the sense of the team winning out (although obviously that would be great), rather dedicating some positive words in this column about him. One of the things I love most about college football is the seemingly endless cycle of small-time teams that rise up and challenge the sport's mainstays, and before his Virginia Tech tenure, Fuente provided exactly that at Memphis. In part, that's why at the time he was regarded as a splashy hire, a coach that would finally bring offensive excitement to Blacksburg.

I'm not sure Justin Fuente is ever going to lead a big-time team again, but I'd genuinely love to see him develop another smaller program or take an offensive coordinator role somewhere and rekindle that high-scoring machine the Tigers once had. It's good for college football.

Now, since he has a habit of making hires quickly and I may not get another chance to say it...I have a lot of faith in Whit Babcock to nail the hire. He had some questionable moments in press conferences that I wish never happened, and perhaps he could have handled the last couple of years of Fuente's tenure better, but look at his performance across all sports and you can't help but be impressed. I'm excited for the next era, but until I know what that is all I can do is get excited for the next opponent.

Which is Miami, a team whose grave I'd absolutely dance on.

Virginia Tech is currently 5-5. The actual and predicted score difference and odds of winning each game are: 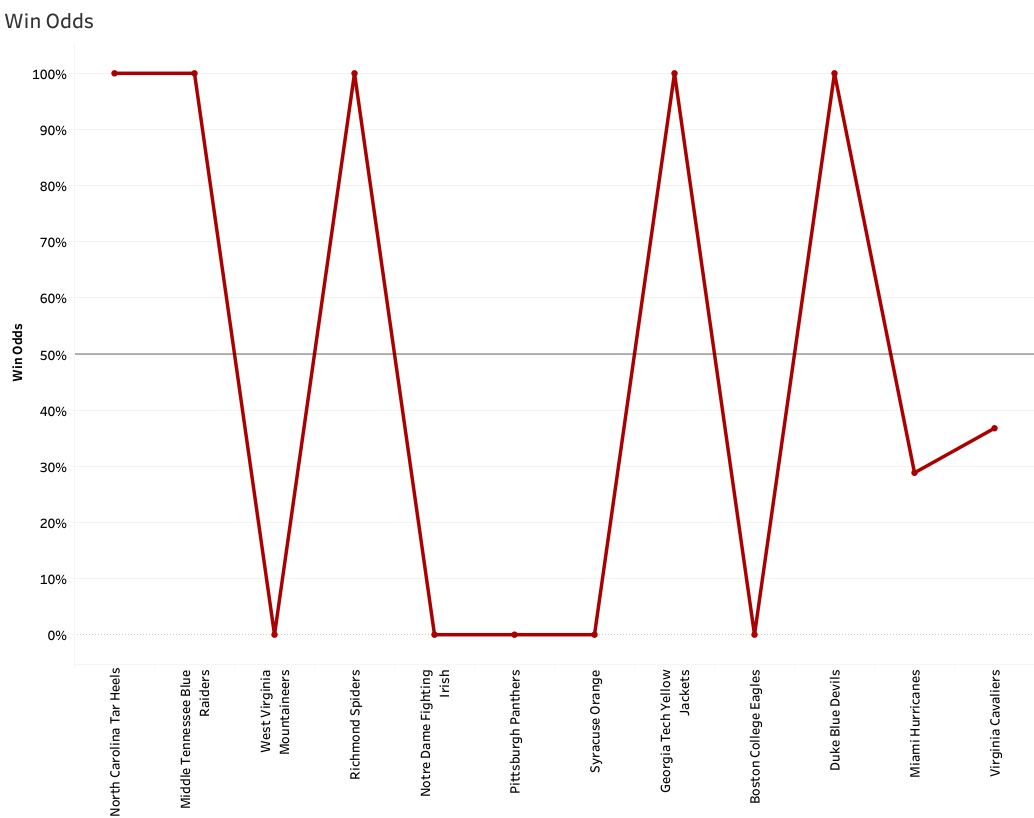 Although Virginia Tech will enter as underdogs to the final two games, they only need to win one of those to gain bowl eligibility, and the numbers say there's a greater than 50% chance of that happening.

Based on FPI, the potential season conclusion odds for each ACC team are: