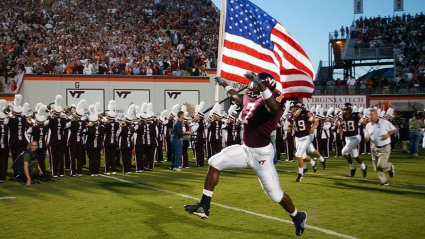 Scheme analysis and film breakdown of how the Hokies racked up 395 rushing yards. Coverage issues in the secondary loom. 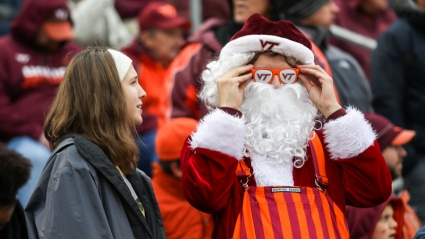 The Hokies secured their trip to the Military Bowl for the holiday season. 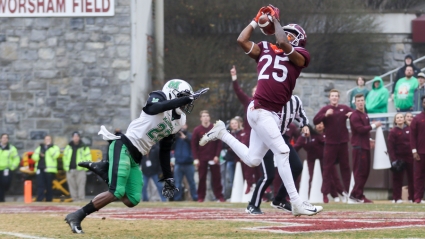 Eleven-play, 2,400 word analysis of the Virginia Tech offensive and defensive approaches in the Hokies' 41-20 win over Marshall. 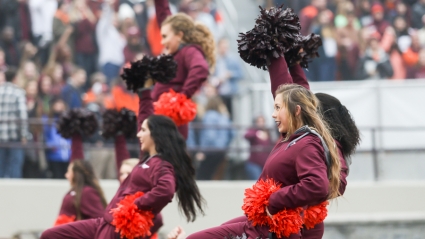 With the win over the Thundering Herd, the Hokies are going bowling for the 26th straight season. 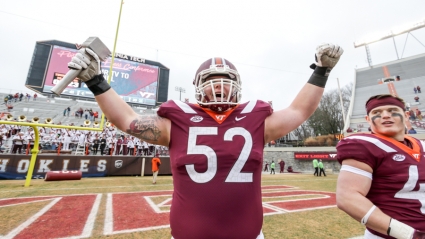 It's music to HokieNation's ears. 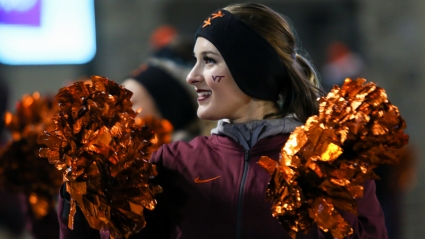 The Hokies look to preserve the famed 25-year bowl streak against 8-3 Marshall. 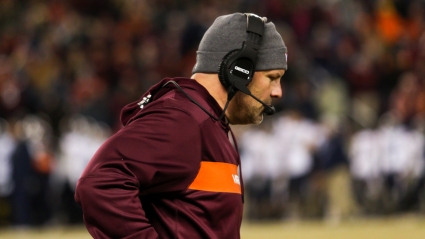 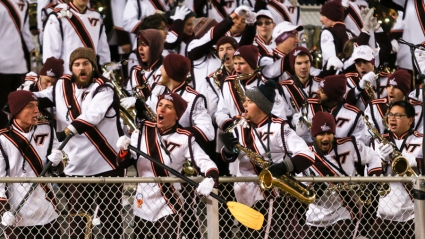 Inane mailbag question and answers, PLUS a ranking of all 15 games in the streak according to the TKP LOLUVA™ metric. 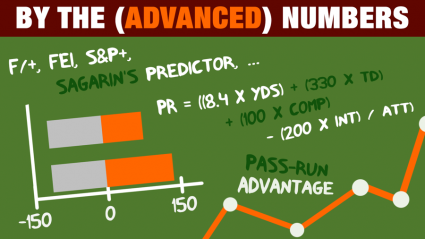 Once again the Hokies must contend with a havoc creating defensive front. Virginia Tech must not add to its national lead of plays of 70+ yards given up to have a chance to beat Marshall. 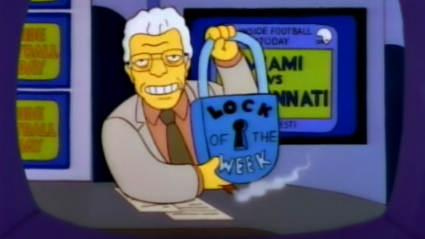 Halfwits is (stunningly) back for Week 12, previewing Tech's matchup with Marshall along with the biggest games across Championship Week. 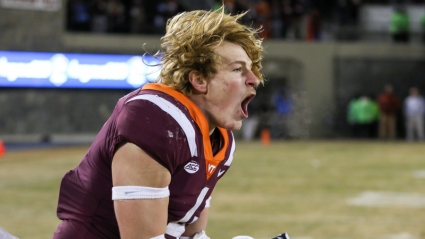 With or without a bowl, the freshmen provide a promising glimpse of Tech's future. 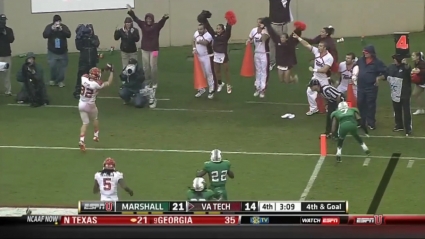 Well, it certainly wasn't pretty. As I feared, the Thundering Herd put a scare into the Hokies on Saturday. I don't think anyone was particularly satisfied with the performance, but the outcome leaves the Hokies at 3-1 as they begin ACC play against Georgia Tech on Thursday night.

Before I watched the film, I seriously considered not doing a review this week. The game featured almost every good and bad thing that you could possibly see in a football game, and the performance was so erratic, with so many highs and lows, that it was difficult to really evaluate everyone. BeamerBall produced two blocked kicks and a punter scramble for a first down. But special teams also missed several field goals, had a short punt that Marshall turned into points, and again was absolutely atrocious blocking on the kickoff return teams. An elite defense got gashed time and again, while also producing 8 tackles for a loss, four sacks, and forcing three critical turnovers. Kendall Fuller perhaps saves the game with a critical interception, but got eaten up on inside slant routes. Kyle Fuller blocked a punt and took away the short side of the field early, but was beaten twice on double moves, one overthrow, but one put Marshall close to field goal range to win the game. (Fortunately for Kyle, Rakeem Cato tried the same play to the wide side of the field, and while he fooled Brandon Facyson, he didn't fool Kyshoen Jarrett.) The offensive line tipped the spear to the tune of over 200 yards rushing, but then struggled on some key short yardage plays, only to turn around and clear the path for the game winning touchdown. Logan Thomas went from electric, to terrible, to lucky, to a powerhouse in just under 4 hours. Just typing that gives me a frightful headache. But, the Hokies got the W, and 48 hours later, with my blood pressure going back below stroke levels, I decided to drill down and sample a little of the good, bad, and the ugly.

It's games like these which remind me why I love college football so much. As I posted here after the game, the Marshall–Virginia Tech matchup was one of the most entertaining games I've watched in a long time. It had everything... blocked punts, a mobile QB scrambling for his life and completing pinpoint throws against great man coverage, great catches, a tipped pass that was caught to tie the game, interceptions, sacks, a long run by Edmunds, the inverted veer, overtime, a blocked game winning field goal, a second overtime, A THIRD OVERTIME! Most importantly, it featured a Hokie victory. I thoroughly enjoyed the game even though my Hokies could have played better. Wins are so hard to come by that if you spend too much time upset that a win wasn't "more convincing", then you can wake up one day and realize you spent your football program's golden years complaining about them, rather than appreciating them.

Marshall is a good football team, I think we can all agree on that now. They aren't elite by any means, but Doc Holliday (what a football coach name!) has built a solid program that is capable of hanging in there against more prestigious football teams. Marshall isn't a laughing stock of a football program anymore, and Rakeem Cato isn't that scared little freshmen he was two years ago when he made the trip to Blacksburg. Cato's mobility caused problems for Tech all day (especially early). He doesn't just hurt you with his feet though, as his short passing accuracy was at times capable of picking apart Tech's press coverage. Despite his playmaking skills, Bud Foster's game plan was able to hold Marshall's high flying attack to just 4.15 yards per play, almost two yards per play less than any of their previous games this season.

The Hokies host 2-1 Marshall and are tasked with defending one of the top passing attacks in the country. The Thundering Herd is coming off of a brutal loss to Ohio, where they had three fumbles, an interception, and a multitude of offsides penalties, despite racking up 482 yards. The Hokies are seeking their 700th win in program history, they would be the 15th school in NCAA I-A history to reach that milestone.

Is it me or was Saturday's game extremely boring? I watched it twice and I wanted to take a nap both times.

The defense is fun to watch, however. Especially the front seven.

I noticed some second teamers come in towards the end of the game, but I didn't really have anything to say about them, so I kept them off this week's roll call.

1. Antone Exum - Mr. Exum is pretty lucky he didn't get smoked for a touchdown when he was playing near the line of scrimmage about five minutes into the game. Tajh Boyd doesn't overthrow that ball next week. He needs to get the mistakes cleaned up pretty much right now. But, he deserves some props for the interception and return. (and the nice break up on Marshall's last offensive play).

2. Josh Oglesby - Can we talk about how important he's been this year? He runs with authority and has been extremely effective in the red zone.

3. Logan Thomas - He didn't have a bad day, but he didn't have a great day. I thought his accuracy was better on intermediate routes. His deep ball touch worries me, because ACC defensive backs are going to make more plays on under thrown passes. I also get nervous when he throws the out-route. I am not sure we should be calling that right now. Lastly, we saw yet again what he can do with the ball in his hands on his touchdown run -- let's get him moving around a little more (not a lot more).

Will never get tired of this. Original source is via, who else, @VTPhreak4evr

Up 20-3 with 8:19 left in the first half Tech could have pulled away. Instead we spun our wheels. We moved the ball 247 yards and only scored 10 points the rest of the way. Fumbles, interceptions, bad execution, and some bland play calls stopped us dead in our tracks. The win was never in question, but regardless of the outcome, leaving points on the field is a sour taste in the mouth.

--Armpunt aside, I thought Logan had a pretty tight game. He's getting better as a quarterback. He checked down when the deep ball wasn't there, and looked beyond the first receiver to his second and third options. He wasn't just throwing heat today. There was touch on those screens and passes into the flats.

--Gayle or Collins, take your pick. They each had a pair of sacks, Gayle had 7 tackles and Collins had 5. The defensive line played at high level.

The live blog will get underway at 3:15. For anyone that needs it, VTPhreak4evr has the game streaming live. Before kickoff checkout this week's mascot mock, it's the best yet, Kevin's preview and the view from the opposing sideline. The console is after the jump. If you're about bold flavors and putting yourself out there, then leave your predictions in the comments below. Go Hokies!

The Opponent: Marshall limps into this matchup coming off a 44-7 loss to Ohio last weekend. The Thundering Herd currently sits at 1-2 on the season, with their lone win being an upset of Southern Miss at home two weeks ago. Head coach Doc Holliday is in his second season with the program. Holliday went 5-7 his first year with Marshall and has a long coaching history, with stops at Florida, NC State, and West Virginia.

Marshall is located in Huntington, West Virginia and was founded in 1837. It is named after John Marshall, fourth Chief Justice of the United States, and they have never beaten rival West Virginia in football. They can brag about having some pretty famous alumni. Billy Crystal and Brad Dourif attended, as well as a great deal of athletes. In 2009 we rushed for 444 yards against the Thundering Herd; David Wilson accounted for 165 of those yards on just 12 carries. So what are we eating while looking forward to the possibility of DW4's first 200 yard rushing game? Well if you are headed to Huntington you could stop by Triple D classic HillBilly Hotdogs and order the Thundering Herd Dog. A hot dog covered with Habanero sauce, nacho cheese, chili sauce, jalapeños, onions and slaw. If you don't want to spend the game visiting the restroom, then I came up with another recipe for you. In honor of Marco the Bison we are making Kelly green chili bison burgers.