Apparently, Coach K thinks its his responsibility to control the actions of not only his own team, but also those of his opponents, especially when they beat Duke and show emotion about it. Last night, the latest non-Duke player to get the lecture was Dillon Brooks of Oregon.

If this sounds at all familiar, Coach K also took it upon himself to settle down Malcolm Delaney in the handshake line, informing him of how much he was over celebrating after VT knocked off #1 Duke in Cassell with College GameDay on campus back in 2010.

But, of course, maybe we should just be happy Coach K decided to actually take part in a handshake line after a Duke loss.

Ferret-face has developed quite the God complex during his tenure at Dook.

This is the only Ferret-face I recognize: 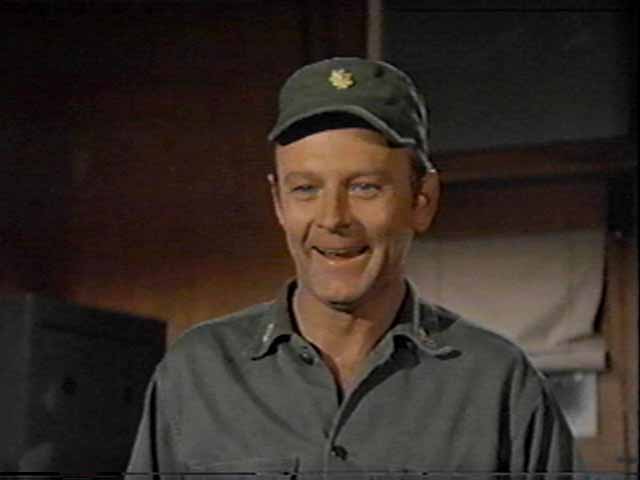 I don't hate Duke basketball quite as much as I hate UVA, but it's definitely getting closer. I'm all for rooting for the ACC and whatnot, but I for one was thrilled to see them get throttled by Oregon last night. For crying out loud, they get the easiest bracket every year. They had to beat UNC Wilmington and Yale to get to the sweet 16. Cake walk every friggin year.

You didn't grow up in Southside did you. I graduated in 93 from Magna Vista and my school was split pretty evenly pro UNC and pro Duke. Both were annoying. Developed a healthy hatred of both in that time.

Bassett High alum as well. You weren't the only VT fan!

Although Duke and UNC certainly had a corner on the fandom market.

Halifax County grad here. Going to high school less than an hour from Duke and UNC was terrible during basketball season. I'm pretty sure my U.S. history teacher and I were the only VT basketball fans at the school.

Such a complete Ass-Hat

If I ever see a basketball game in Cameron (which is highly unlikely) and Duke wins (much more likely), I'm taking it upon myself to lecture every single Cameron Crazie on their behavior and sportsmanship. If they give me any shit, I'll just say 'what? Coach K did it, so can I'

Duke had a grand total of six players this year. They were never going to go far.

If Coach K has an opinion on you, you hear him out. You don't have to agree with him. But you should hear him out.

He has a lot of opinions on game officials, apparently. And they hear out every expletive he utters.

I mean, you can hate Duke all you want but Coach K is to be respected. He is one of the best coaches, ever. He told the kid he was too good of a player to be showboating, the kid even freaking agreed. If thats something we don't want coaches to do then I just don't care what you think about sports.

Not his player, not his business. He's a basketball coach, not a paragon of virtue.

Just because you are a good coach doesn't mean you deserve respect. You have to give respect to get it and I don't think he is very respectful of his opponents when Duke loses.

I think the bigger issue is that he lied about what he said to the kid, and then said the kid lied. I mean, yeah, it isn't his player, but he didn't call him names or anything crazy disrespectful. He has been a coach of a major program for far too long to think that everything he does or says isn't caught on camera while he is inside an arena.

I recall this happening when Zabian Dowdell scored 20 points against Duke in 2007. VT won against the #5 team, on the road and in OT and Coach K told that he was wrong to celebrate.

Remember, he's not a basketball coach, he's a leader

Believe that K needs a lesson about sportsmanship because his boys got whooped by the superior team last night. Accept it and move on.

What a piece of Krzyit

Oh yeah, you guys remember how much Duke and Coach K celebrated on court when they won at UNC this year? Funny how that works Coach... http://espn.go.com/mens-college-basketball/recap?gameId=400839773

K always has something to gripe about when they get beat. Case in point (and I hate to use anything LOLUVA as an example, but here goes): A couple of years ago when LOLUVA beat Duke at home, the students rushed the court. Afterward, Coach K railed about the inherent danger of rushing the court, and that it was not handled well, etc., etc., blah, blah. Video footage from the end of the game showed the yellow shirted security folk trotting out and within about 3 seconds, all the players were easily 3 feet behind them, and all of the students were on the other side. They had no problem whatsoever. But national sports news the next day was about how Duke was accosted and the students rushing the court caused problems etc. Not to condone rushing the court, but K was apparently delusional about that particular incident.

But on the bright side, Grayson Allen didn't trip anyone.

He actually got a taste of his own medicine and was tripped himself. Laughed my ass off.

Coach K is one of the good guys in this sport. I guarantee that kid will think about what coach K said to him for the rest of his life.

I respect the hell out of Coach K, but I felt like this is overstepping. It just makes him look like a child.

I'm sorry. I don't like this. Coach K is the coach of Duke, not Oregon. It's up to Oregon's coaches and the officials to deal with it (or not as they see fit). Coach K should deal with his player and have them lead by example (paging Grayson Allen).

I don't even get what is the issue. He didn't throw down a meaningless dunk at the end of a blow out. He fired up a 3 as the shot clock was winding down and it happened to go it. If the kid drove to the basket or anything that would have been disrespectful, but he was avoiding a shot clock violation. I don't get it beyond being a poor loser.

"He said I'm a great player and I'm doing great things, but at the end of the game, the celebration stuff, I don't have to do that. I shouldn't be doing that."

Say what you want, but Coach K was right. Who knows, maybe it will ultimately be a helpful comment.

I don't think he was telling him not to celebrate. I believe he meant not to be a dick about it. I think he understood what Coach K meant, and I think he'll probably remember it.

It goes both ways honestly. After Dockery hit that halfcourt shot during the 2005-06 season, he was consoling players like Dowdell, Gordon, and Collins. I respect Coach K. He's a great coach. If I was an outstanding basketball player, I would take what he says to me very seriously. I also don't feel the hatred for Duke like most of the ACC does, though.

Coach K is many things besides a great basketball coach, and one of them is that he is a really great whiner. I will never forget our first trip to Duke after joining the ACC. Seth got thrown out of the game, we were down by about 30 points, the officials were jobbing us in a manner I had never seen before, or since for that manner, and the foul count was absurdly one sided, yet there was K, whining about the few no calls and generally exhibiting what I took as classless behavior in a complete route. I didn't hate Duke before that, I do now, and part of that is my impression of their coach. I'll admit to being impressed by their students, though, they were absolutely "crazy" and it was a lesson in how intimidating a fan base can make it for visiting teams. He needs to keep his comments to his own team and leave others alone, no excuse for that in my book, regardless of his accomplishments.

I liken his behavior to that of old time baseballers (against bat flips, fun, etc). It's a simple idea...if you don't like the way I celebrate...don't let me win.

right click, "search google for image", result says "broad city" which is apparently a show on Comedy Central. Learn something new every day...

Just started watching it after hearing great things. It's so good. In its 3rd season.

"I will never forget our first trip to Duke after joining the ACC. Seth got thrown out of the game, we were down by about 30 points, the officials were jobbing us in a manner I had never seen before, or since for that manner, and the foul count was absurdly one sided, yet there was K, whining about the few no calls..." 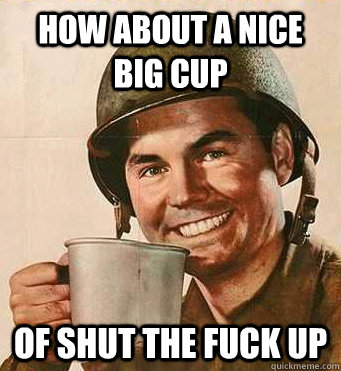 I've come to realize that this type of thing is just what Coack K does when his team loses a big game. He knows that the media will easily be fooled by misdirection, so he does something or complains about something that gets the media and public talking about those things instead of dissecting why his team and, more importantly, his players failed. He's basically taking the bullet for his players. Bitching about the security after the UVa game, despite all of the evidence showing them doing a good job is a classic example of this.

TO was also great at this. Crying after a game because people might go after Romo, when in reality he played pretty poorly too. But what happened. People talked about TO crying and if the media was too harsh on Romo and now how either of them played.