WOO!! I really like this guy. His film to me suggests he will fit into a roll that we expect Blackshear to fill if he's eligible this year.

He's another one we got in on early and closed.

Thanks for sharing this. That's the kind of info that is exciting, the coaching staff getting guys they are really high on.

we were actually the first school to offer him at all. This follows the trend we're seeing with this class of early evals allowing for targeting players who might be under the radar and not getting a ton of interest from other schools. I commented in another thread that Nyke Johnson and Jalen Hoyle both have 5 or fewer total offers, likely because we got in on them early and they committed early and they shut their recruitment down. Will Johnson had more offers, but we were his second P5 offer and he camped and took UVs early to us as well.

It's nice to see the legwork and effort put in by the recruiting support staff and volunteers to cast a wider net of scouting begin to pay dividends in this way -- we've got four early targets committed before they play their senior year, and they're all guys the staff is high on and not the classic "oh this guy is Plan C" kind of players.

Get your Fade to Black puns ready now everyone.

I approve of this and can't wait to see it on the FAM threads.

Damn first thought I had was Amy Winehouse:

There also a lot of ABBA potential

this haiku is all wrong...

this one was constructed in the lesser known Wendy's Form

Surprised, he had an offer from App State. (This is sarcasm, his film looks great)

Welcome to the Fam, Mr. Black! 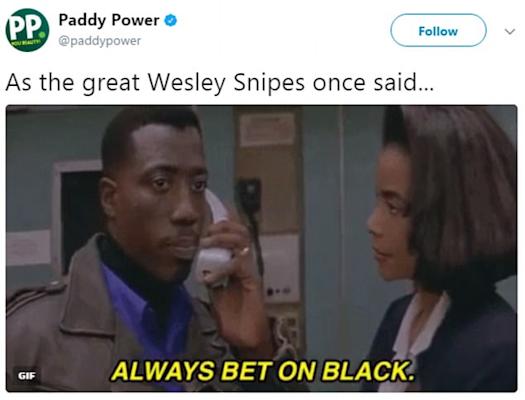 This plus Good Guys wear Black

Orange is the new black?

This kid is slippery but also has some power to compliment it. His school's enrollment is above 2500 which means he was playing against other big schools. I like this guy.

He plays in by far the toughest division/region in the top tier of SC Football. He plays real comp each week. Dorman is enormous, looks like a college, and has an on campus transit system. That part of the upstate LOVES them some HS football. When I was in high school and college, Dorman, Spartanburg, and Byrnes combined to win half a dozen or so state titles and they are all in the same area and compete directly. In recent times Dutch Fork in Irmo (Columbia, basically) has been THE dominant team but all these teams are stacked with talent.

I didn't know it was on that scale. Sheesh. I wonder how much recruiting rankings consider level of competition.

I think he's the gem of this class so far, from tape I've seen and other coaches around the scene in his area this is a big pickup for VT. I hope this isn't another Jordan Poole situation for us where he becomes a late riser and picks up some big offers, but I wouldn't be surprised if that is the case; nevertheless big pickup for the Hokies.

Covid might actually benefit this scenario. Camps are limited, football games might be limited, he might not get as many looks so there might be a lot more low rated gems in the 20 and 21 classes.

Big fan of this pick up. I'm hoping we can find the the right mix of utilization to get the most out of his talents.

Tape looks good and glad to have another Hokie, welcome!!!

Great vision and power. Welcome to the FAM.

We are so excited for this pickup that we're going to call the town Tech is in to "Black"sburg!

I respect his decision.

My coworker is very keyed into Spartanburg football, as his son is graduating today from Dorman. He is very high on this kid, said he is a great pick-up for us, and is an overall great kid. My coworker went to USCe, and was hoping they would get him.

Mr. Black welcome to Blacksburg look forward to you doing great things on the field. VT is fortunate to have you!!!

Another down to earth, hometown vibes commitment video, love it. These are the guys I want playing for the Hokies.

I like his height and he moves and accelerates so naturally. That's also nice to see the coaches are so high on his commitment.

Did he play defense. Kid has the size to play a lot of different positions on the field.

2nd coming of trey edmunds? We gonna spend 4 years discussing if he should have really played LB?

Can't wait until him and Will Johnson stand beside each other on the sideline. Dibs on that as my profile picture on here.

i should nuke you for this

Wish we had put him in one of these bad boys when he visited (if he did): 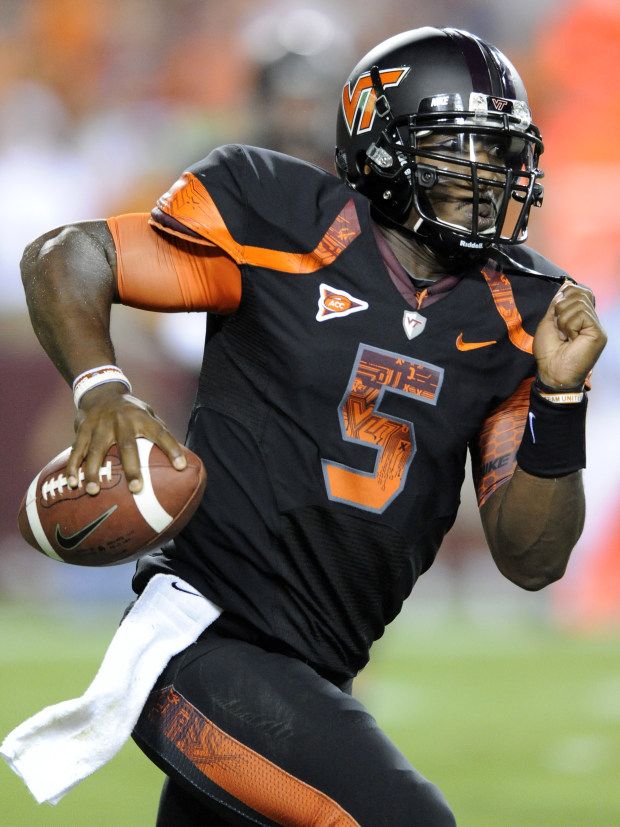 12 Scholarship RBs including this commitment with eligibility in 2021. There will be some attrition or position changes I imagine. The 12 includes Wheatley coming back as a RS Senior - which I doubt will happen, and that also includes Beck, who I am on the record as saying won't play meaningful RB snaps here.

Yeah I think we are looking at guaranteed attrition at RB through the next calendar year.

Probably would have if we were able to have spring practice.

I'd like to see how Gary plays out. He seemed to have a few decent plays from what I can remember but never any steady playing time.

Well he was a true freshman coming off a really bad injury and was red shirting. It's hard to get playing time that way. But I am rooting for him and King to be a two headed monster.

forgot about his injury too....hopefully we'll see more of him this year.

Side note, I really like the RS 4 game rule for players like Gray. Otherwise he wouldn't get true live contact for a long time. This way he had a chance to get a few carries and hits while not being out of football for multiple seasons.

I think it's a great rule change. I mean if every player taking a RS is not getting some playing time for their allotted 4 games something is wrong....minus injury of course.

I have Brunson, Hampton, Lee, Black, Wheatley, King, Gary, Beck, Black and maybe Blacksheer. Who are the others?

I think his overarching point stands if it's 12 or 10. That's a lot of scholarship RB's on a roster.

What's crazy is that UNC had 5 QBs (1 RF, 4 F) on their roster last year. Plus they have 1 adding this year and Maye committed for next year. Talk about some guys hitting the portal!

I watched his highlights on Hudl. I have a hard time understanding why this kid isn't rated at least a .85 on 247.

Some things I noticed:
He has breakaway speed. His running motion doesn't change. I feel like a lot of our recent running backs have to change their running motion in open field to breakaway, which isn't always effective.
He makes a move and takes off. He knows exactly what he is going to do once he gets past one guy, and he also knows how to get past that one guy quickly without slowing down.
He has great technique when he catches the ball. He catches it with his hands and is able to keep running after catching it.
He is playing against guys that are bigger than him. As mentioned above, he is playing against some good competition. One team in his film also did a pre-snap line shift. You don't see that a whole lot in high school football. He is playing against some good competition.
His vision was very good. He didn't take off until he saw a hole. On one play on his film, he went through one hole, ran out of room, and quickly changed directions to hit another hole. At 16-17 year olds, that is impressive.

My one concern is that his legs are kind of small, similar to Deshawn McClease. I'm sure this can be remedied with some Hilgartification. McClease worked out pretty well too, so it's not a huge concern.

I imagine his rating will go up above a .85 if he is able to play his senior season. I give the coaches a lot of credit for picking out this guy at camp and offering him on the spot.

Wait, I've been led to believe by certain users on this site that we shouldn't be excited about this pickup because we were only one of two P5 offers...what gives?

When it comes to anecdotal analysis, you have to consider multiple criteria. If the South Carolina offer (home state school) is legit, that should alleviate some of the concern for the lack P5 offers. Obviously COVID-19 has prevented recruits from taking visits and working out in person for staffs. That might explain it too.

Most importantly, Tech offered way back when after an in-person workout. That's the top argument for why this a good pickup for the staff. Point blank, they wanted him, and got him. Now, best to hope their evaluation was on-point, because they haven't hit at a 'always trust their eyes rate' yet.

Chance the running back

Chance Black, the Running Back.

If he played defense he could be Chance the Backer

Originally what I wanted to go with. Haha

Hard to believe noboby's done this yet...

I think Fuente has lost it. Even though we landed him, he completely left this decision to Chance.