It's that time of year again. Softball is back! And for your number 15/16th ranked hokies. They are looking to build on what I think was gonna be a fantastic year for the ladies last year until covid cancelled the rest of the 2020 season😔. But imo this could be an even better year for the hokies.
Let's talk about the pitching staff.
If anyone is familiar with the hokie softball team than you know the name Keely Rochard. If not let me tell y'all about her. Last season during the covid shorten season Rochard posted a 15-3 record with a 1.52 ERA and a amazing 183 strikeouts in 120 innings👀. She was named softball America first team All American for her efforts. Behind Keley is a battle for pitcher No.2 between Hewitt and True Freshmens Mackenzie Osbourne of Richlands VA and Ivy Rosenberry of Winchester Va. I expect it to be Hewitt but VTChip a big time hokie supported over on TSL says that Hewitt has been dealing with injuries throughout the off season so one of the freshman will probably have too step up early in the season. Now on to the fielders/batters for the hokies. So when the season ended the hokies were batting a team avg of .324 and scoring a average of 7 runs a game which was leading the ACC. Well the good news is the hokies return 8 players who were batting over .274 and the addition of Cana Davis who missed last year due to injury. They are without Lattin who graduated and Maddi Banks who transfered to Ole miss but the Hokies brought in some really good replacements in True Freshman Cameron Fagan who was the number 13 recuirt in the country (not surprising since she comes from a super Atheletic family where her 2 sisters played big time college softball as well) and sophomore transfer from Michigan Morgan Overaitis and True Freshman Addy Greene. The hokies Kick off the season down in Kennesaw GA to face the Kennesaw State Owls (where Pete D'Armour formerly was the head coach before taking the Tech job) this weekend in a 3 game series starting Saturday with a doubleheader. I'll be on the thread giving inning by inning updates every game🤘until then GO HOKIES!!

HOKIES #1 IN Recuirting in Softball...

I hope this becomes the Next Great TKP Meme 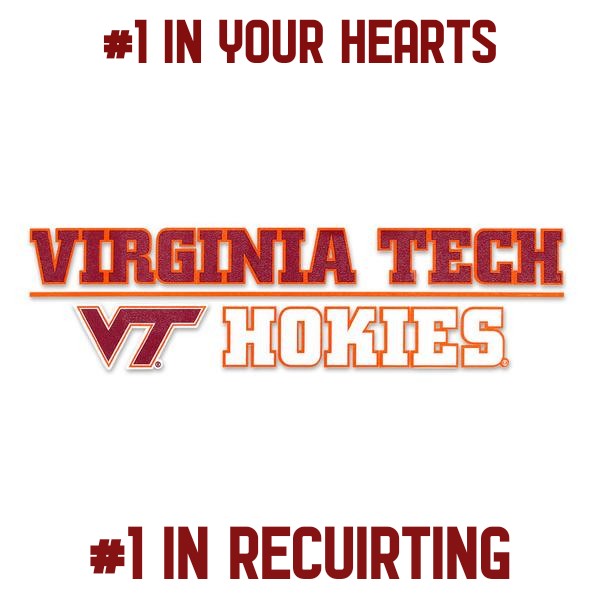 Crude start, obviously could be much more well done.

Awesome! Give Fu a call!

Great writeup love the tech softball team. Ever since they stopped to take pictures with my kids in South Carolina. Any idea why they are playing no games in FL this season?

Well the ACC is barely having non conference games so that factor it into it. Also our ACC pod is FSU and Clemson this year and they wanted the games to be a neutral field games

Bump because season starts tomorrow also because there's a time update on the doubleheader. Game 1 starts at 3:30 and game 2 starts around 6. Also also Fireman I'm gonna need your help for the YouTube link for the streams of the games tomorrow and sunday

Can you not find them?

Nah I can't link em to the thread😔

I linked first game below.

I think their video team forgot there was a stream😂

They're having technical difficulties and is working on it

Through 1 and a half innings it's still scoreless

Rochard is picking off where she left last year. Having 3Ks so far

Thanks. Cant watch trying to finish a research paper I have due.

What happened to links?

Its not the links. They having technical difficulties and can't get the stream up

Rbi single by ritter makes it 6-0

Ahhh man they took down the live chat😭

Oh wait I forgot they play 7😂

Game 2 is another 6-0 win for the hokies!
Hokies stat line
6-7-2
Kennesaw St stat line
0-3-3
The winning pitcher for your hokies was Freshman Ivy Rosenberry picking up her first collegiate win
Her line was
7 innings pitched 3 H 1 W 2 Ks

Hopefully they fix their stream for tomorrow's game at noon😂

They made a new link for the softball game stream

Nothing happening thru 2 so far

2-0 hokies after a rbi single

Rbi double puts the hokies up 3-0 in the 6th

Error on the 2nd baseman makes it 4-0 hokies

Hokies softball moved up a spot in both major polls. Up to #14/15 with a big weekend for the ladies. 6 games in 4 days against Clemson and FSU

Hokies take on them tigers from Clemson for a 3 game series starting tomorrow for a single game tomorrow. They moved the DH to Friday. I'll hit y'all with a pre series preview around 9-10 PM tonight

Sorry about not getting the preview up last night. I got heavily invested into Minecraft😂. So Clemson is in year 2 of its program and their off to 2-0 record this season with a run rule victory over Illinois State and a 4-3 win over North Florida before the rest of the tournament got cancelled. I say if Keely pitches all 3 games the hokies sweep the series but I highly doubt she does so my prediction for series is hokies winning 2 out of 3 games

Got 2 hits in the first but couldn't capitalize on em

Lost 8-1 but it sounds like coach was experimenting, as 6 Hokies made their debuts in the first game.

This game is on ACCN and of course it's the day we have kids stuff all day and I can't be home to watch. But seems like the bags are working well today .

It worked enough to run rule them

Kelsey Brown crashing into the wall for a big catch

Apparently just 1 of 4 huge plays in the field for Brown today.

Got that run back💪

Kelsey Brown with 5 hits and 3 stolen bases today and scores a huge run to make it 4-1 in the 7th.

Yee my prediction was right😂

8-0 but I need a rules refresher as I didn't understand the 2nd out in the third where she hit it off the plate and it kicked into fair ground.

So did it hit her after it hit the plate? If it did, I missed it but they called her out and sent the runners back to the original bases.

That was I how I understood the call. Can't say it was correct, but that is what i thought the call was

Single camera angle from behind the plate didn't help.

I tried to tune in for a bit, but that broadcast was just too hard to watch.

Hokies win 6-0, Keely had nine strikeouts in the one hitter to help the Hokies win their first series over FSU since 2011. Chavez helped the offense with her 4th homerun on the season. Fagan also added a three run Homer to the effort.

Love this. I hated not to get to see it, though I admittedly chose to watch the baseball game instead.

Who sweep their doubleheader against projected MAC champion Kent State 👀

Great Hokie sports day all around.

Hokies on a Covid Pause