Behind a star-studded lineup bursting with power, the Virginia Tech Hokies have all the ingredients for a deep postseason run. 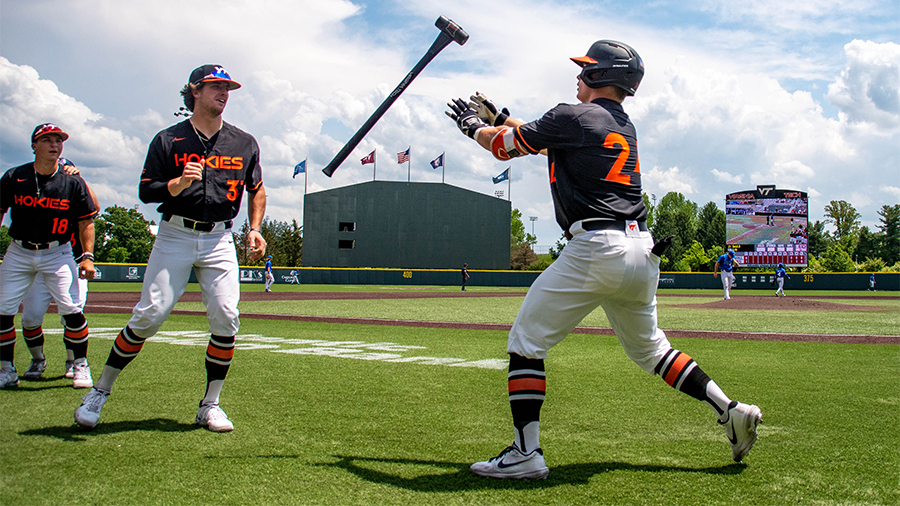 How can you not be romantic about baseball?

The Virginia Tech Hokies are the biggest surprise of the 2022 college baseball season. Predicted to finish sixth in their own division by the ACC coaches, Virginia Tech has flipped the script, going 19-9 in conference play while securing the Coastal Division title and finishing with the best regular-season record in the process.

They clawed back from the depths of an 0-4 ACC start, ending the year with nine consecutive conference series wins and finishing ranked as high as second in the national polls. They have bat-flipped and sledge-hammered their way to the fourth overall seed in the NCAA Tournament, and as the Blacksburg Regional looms this weekend, the excitement has never been higher for the Hammerin' Hokies.

Virginia Tech is every bit as legit as their record would suggest. While there are no "KenPom" ratings for college baseball, we do have the Massey Ratings, which have been popularized in other college sports, including football. Massey has Virginia Tech as the fourth-best team in baseball, the best mark in program history. This comes as no surprise given their run differential: +203, in perhaps the second-toughest conference in America.

There is no shortage of marquee wins: the Hokies laid a beating over No. 16 Notre Dame, took series from No. 6 Miami and North Carolina, and bested No. 15 Virginia, taking two of three from the Hoos in their own ballpark. Tech was victorious in 31 of their final 37 games — a Herculean accomplishment in such a random sport like baseball.

I have a friend who is well-acquainted with baseball recruiting in Virginia. A while back, he spoke to a coach from a rival ACC school who told him that Tech's offense was "unlike anything they had ever seen". They make good pitchers work like crazy, and have smacked around the ace of nearly every team on their schedule. Pitching and defense win games, but offense is cool, too. Why not root for a team that has all three?

The biggest reason behind Virginia Tech's offensive prowess is simple: they hit dingers.

The Hokies have averaged over eight runs per game this year, good for 16th in the nation. They are certainly adept at getting on-base, but this team slugs like crazy: second nationally in slugging percentage (.569) and eighth in home runs (110). They are also second in isolated power, or ISO — it's one of those sabermetric stats that takes your batting average and subtracts it from your slugging to look at raw power. And boy, there is enough power in this lineup to supply Dominion Energy.