Jalen Cone Details His 'Why', Virginia Tech Decision and what he Brings to the Hokies

Walkertown HS head coach Kevin Thompson pointed out his blue-chip pupil has an opportunity to learn from Mike Young's expertise and Cone's skills are tailor-made for his offense. 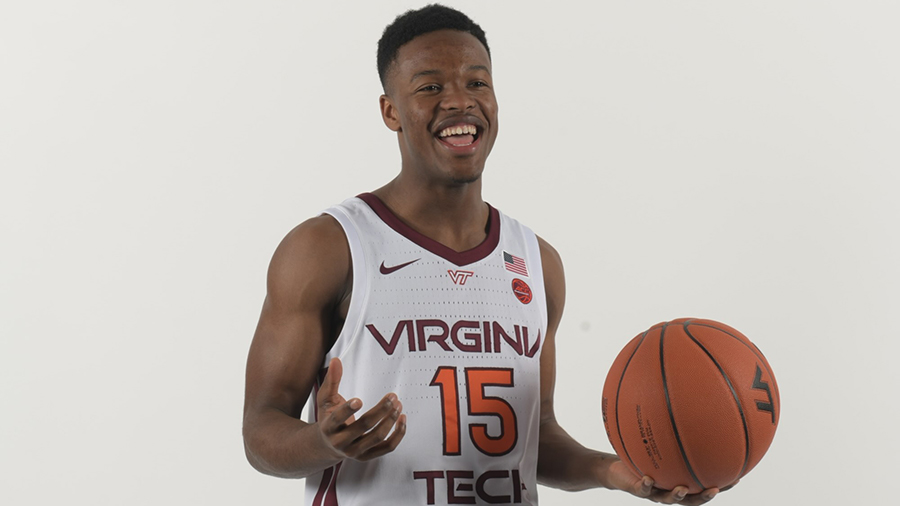 It was a recruitment that spanned multiple years and two Virginia Tech coaching staffs, albeit with one constant. The net result, on May 9th Jalen Cone committed to the Hokies.

The Walkertown HS (North Carolina) product was a marquee get for head coach Mike Young. Cone is the 53rd overall prospect per ESPN, and the 247Sports Composite ranks him as a 4-star point guard (0.9496), No. 8 overall, and 100th nationally.

He opted for Tech over finalists Texas A&M, N.C. State, Tennessee, Wake Forest and Boston College simply because the Hokies needed his services at the point the most.

"They need me next year to come in and get major minutes and play right away," said Cone. "That was the main thing really, that they need me next year. And that they really do want me. It felt like a family, it really did. Coach [Christian] Webster has been recruiting me since my freshman year, offered me that freshman summer, going into my sophomore summer, my first high-major offer came from him. Me and him have been building a great relationship going on four years."

When Buzz Williams bolted for Texas A&M, Cone admitted he all but eliminated Tech from his list. The retention of Webster, a shocking development from Cone's perspective, provided a wait-and-see approach that eventually won out.

Through constant contact and visits, Webster ultimately earned Cone's trust. Cone believes the former Harvard standout has the tools to develop him as a player.

"He believes in me, he believes that I'm ready to skip the year and get the job done," said Cone. "He knows what my goals are, which is of course to be a lottery pick in the NBA Draft one day, and one day be an NBA All-Star."

Tennessee originally offered the junior an opportunity to reclassify to the 2019 class and enroll a year early. Tech quickly followed suit.

That reclassifications yields its own set of challenges. There's the one Walkertown head coach Kevin Thompson laid out.

"The speed of the game and the strength of the college players," said Thompson. "Being able to adjust to how fast the game's going, and then the players that he'll be playing against will be just as quick and they'll be stronger, bigger, faster with more experience. So that will be a small adjustment with that part of it. As it is for all freshman.

"I think with his competitive spirit it'll take him a short while, but yeah I think he'll be able to adjust fairly quickly."

The process has also gummed up exactly when Cone will sign his NLI. Then there's the mad dash to complete his senior year school work before he enrolls at Tech in August.