The lowdown on the skills and game the 2019 guard brings to the table at Virginia Tech from his head coach. 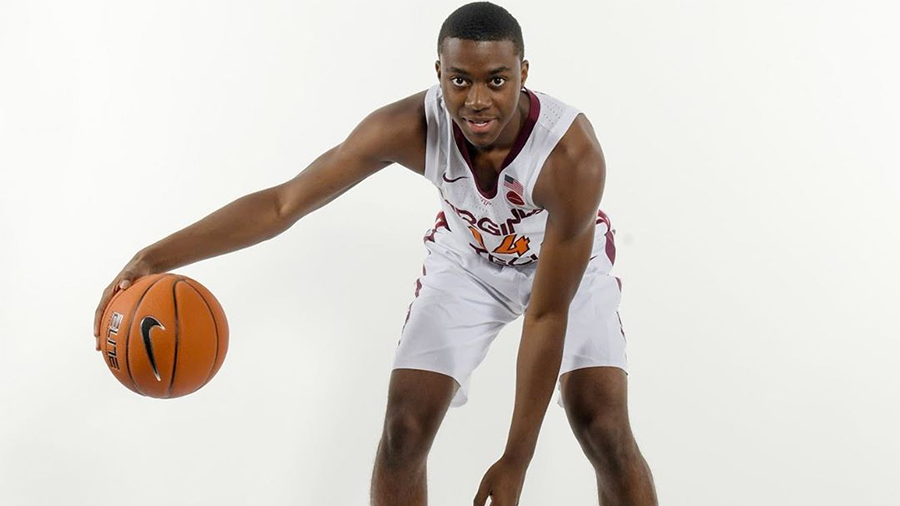 Virginia Tech added another piece to its basketball roster puzzle on June 16. Peach State product Nahiem Alleyne committed to the Hokies during a Blacksburg visit.

Similarly to Tech gets Jalen Cone and big John Ojiako, Alleyne, reclassified from a 2020 prospect to the class of 2019 in order to join the Hokies for this season. That's been a foreign, but necessary strategy employed by Mike Young to allocate scholarships on short-notice.

"None of us have a real grasp of what that looks like a year from now, two years from now, but we were able to find some kids that re-classed, that came back to the '19 class which helped us," said Young. "We'll see how that plays out in years to come, but we caught a break with a couple of those guys for sure."

247Sports rates Alleyne as a 3-star shooting guard and the 19th ranked player in the state of Georgia. However, his rating and ranking would most certainly be different had he stayed at Mountain View HS for his senior season.

His head coach, B.J. Roy, is supportive of Alleyne's decision to leap to the college ranks early.

"I think Nahiem's doing a great job with it," said Roy. "We've talked to his parents and they have a great plan. I think Coach Young does a great job developing kids and we've been able to build a relationship with him when he was at Wofford. I think it's a great place for Nahiem to go and grow."

Alleyne was wowed by the campus during his visit this summer, prompting quick commitment. Young is no rookie to recruiting the Atlanta suburbs, either. He has heavily followed the local high schools and AAU programs since his time as the Wofford head coach.