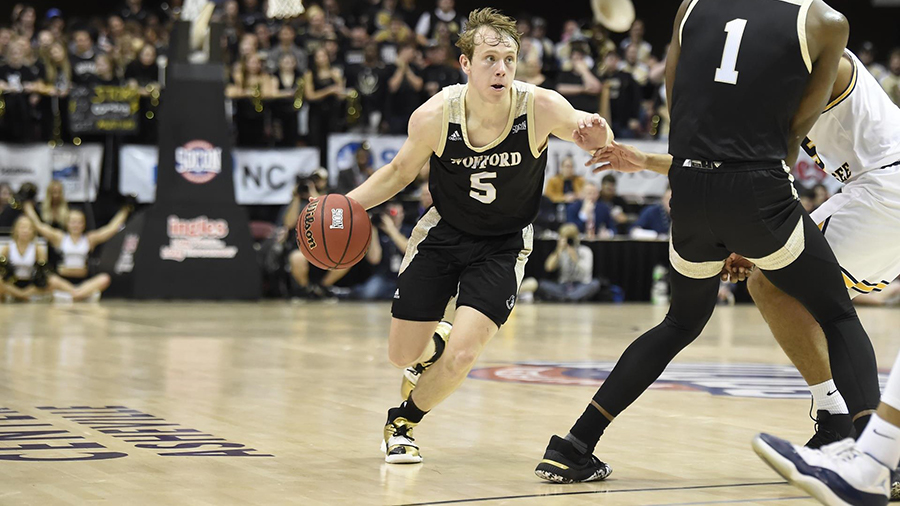 It's the most anticipated Storm of the fall, at least in Blacksburg. Former Wofford guard Storm Murphy will play his fifth and final season with the Hokies.

I'm excited to announce that next year I will be transferring to Virginia Tech and joining Coach Young for one last run #GoHokies pic.twitter.com/nu4VdnwEXt— Storm Murphy (@Murphy_Storm) March 14, 2021

Virginia Tech landed the coveted 6'0" point guard over Wisconsin, Baylor, Colorado, UNLV, TCU, Ole Miss and Missouri among other suitors. Murphy averaged 17.8 points per game, including 70 buckets from downtown at a 40% clip, and 4.3 assists this season; good enough for All-SoCon First Team honors.

Mike Young secured a veteran floor general — he started 120 games over his four-year career with the Terriers, which he called "dream come true" — to the middle of an already NCAA Tournament-caliber squad.

"Coach Young and I have been together for two years already," said Murphy. "He recruited me coming out of high school. Through that whole process was a coach that came to all my games, and really wanted me and pursued me. I trusted him. He took a chance on me, gave me an opportunity to play. I got to play and start as a freshman and win a championship as a sophomore with him."

Murphy stands to fill a role as a coach on the court, facilitator, and knock down three-point shooter. His familiarity with Young's tactics and scheme should help mitigate any mental ramp up.