How Sweet It Is: Virginia Tech and Duke Meet in the District

For the first time since 1967, Virginia Tech basketball is one of the final 16 teams standing in March. 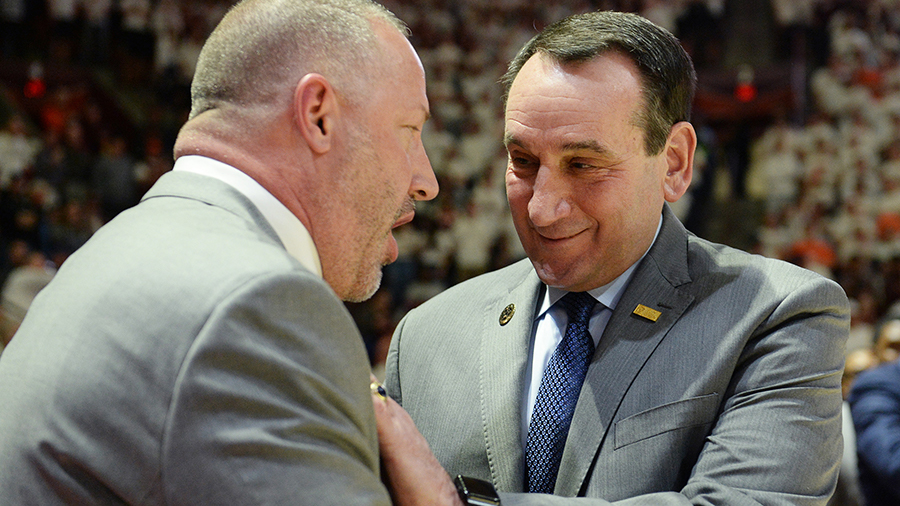 Don't pinch yourself. It's not a dream. The Virginia Tech Hokies will play for a spot in the Elite 8. And all that stands in their way... the overall No. 1 seed Duke Blue Devils.

"I don't know if anyone said it, but my three out of four years here at Virginia Tech we've beaten Duke," said Justin Robinson Thursday afternoon. "So I don't think we're excited for the moment; I think it's just another game for us. And I think we're going to be ready for whatever is going to come for us to end the game."

The Stars are Back for the Second Go Around

The Hokies defeated the Blue Devils 77-72 on Feb. 26 inside the friendly confines of Cassell Coliseum. Both teams were absent crucial players. Robinson dealt with a left foot injury and Zion Williamson nursed a right sprained knee. Both return for the rematch in Washington, D.C.

The impact of those two specific players shouldn't be understated. To help demonstrate their relative effect, let's analyze a statistical metric developed by Bart Torvik — Points Over Replacement Per Adjusted Game At That Usage, or PORPAGTU!. That's a long acronym.

The basic concept is similar to Wins Above Replacement (WAR) in baseball. How many more/less points a player would score per game than a hypothetical replacement. PORPAGATU! enhances the PORPAG metric.

PORPAGATU! tries to address that deficiency.

Williamson has a PORPAGATU! of 6.5 so far this season. That's tied for best in the country alongside Cassius Winston of Michigan State.

Robinson has a PORPAGATU! of 4.2, which is third-best on the team behind Kerry Blackshear Jr. (4.8, No. 46 overall) and Nickeil Alexander-Walker (4.5). But what stands out more is when the segment of "top-50 quality games" are analyzed. For that group, Robinson has a mind boggling PORPAGATU! of 7.1 through 7 games. Without a doubt, the Sweet 16 matchup will be defined as the Hokies' 8th top-50 quality game of the season. Tech will be in good shape should the trend continue.