A Moment For Growth

To take the next step, the Hokies couldn't compound their losses. And after the Notre Dame game, it's clear that step has been taken. 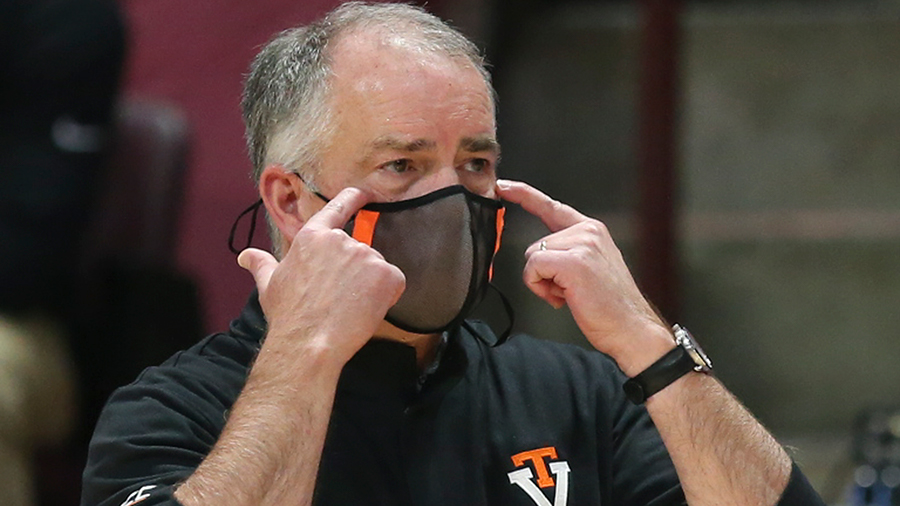 First, let's start with the shot.

Screaming down the court after a missed free throw, ball in his hands with his team trailing by two, sophomore guard Hunter Cattoor took it himself and hurled a three point attempt with 1.9 seconds to go. It flew through the air as Cattoor stood frozen, Jordan-posed, waiting to see if he could play the hero for the first time in his young career.

It rimmed out, and the Hokies picked up their second loss of the 2020-21 season.

But the result against the Cardinals was nowhere near as concerning as the performance. Each of Tech's biggest flaws reared their ugly heads in the least opportune moments. They've been a touch sloppy with the ball against major competition, and after sprinting out to an 11-0 lead to start the game, Mike Young's squad promptly turned it over four times in three minutes. They squandered the momentum and never recovered.

The Hokies have struggled getting stops, especially in the second halves against power conference competition. Louisville hit half of their shots after intermission, primarily using their guards to get in the lane and attack — just five of their 24 second half attempts came from three. And while Tech desperately tried to claw their way back into the game, they struggled to gain ground because they simply couldn't play organized enough defense.

And, worst of all, the Hokies missed a lot of shots. They missed them from deep, from the midrange, from up close. After their 11 point run to start the game, Tech scored just six points over the next six minutes. If it wasn't for Jalen Cone's electrifying, pint-sized Curry impression, Louisville could have turned it into a boat race. Keve Aluma couldn't get it out of first gear and he, Tyrece Radford and Wabissa Bede combined to shoot 5-19 from the field.

Everyone's entitled to a bad night, especially considering how well the Hokies have played of late. But this one let nightmares of last season creep into a fan's brain. In the middle of January, 2020, Tech was 13-4 and seemed ready to take on the meat of their ACC slate. They promptly lost 12 of their final 15, as the conference caught up to them.

Had Louisville figured out the book on Tech?

Did they uncover a few flaws to cause this thing to unravel, just as it did last season?