Ahead of a clash with Georgia Tech on Tuesday, Virginia Tech faces its greatest challenge yet this season: can the Hokies find their groove in their first game back after 17 days off? 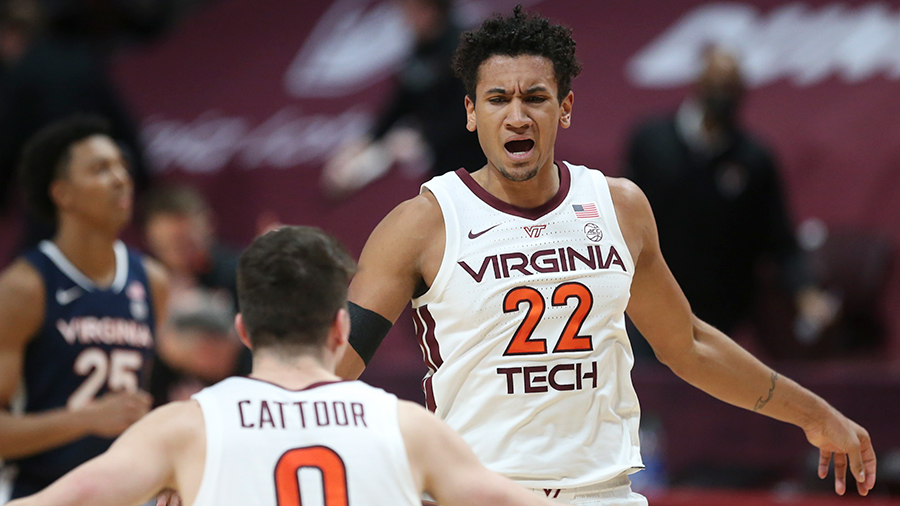 This COVID-impacted basketball season has provided a myriad of challenges for programs, from constant testing to social distancing measures. Perhaps the most difficult one though is regaining on-the-court chemistry and conditioning after a sustained program pause.

The Hokies won three of their last four games before the break, including an important upset over then-No. 8 UVa in Blacksburg. Now they face a similar situation as many of their conference opponents. For the first time this year, the Hokies will have to get their feet back under themselves after an extended period of time away from the court.

ACC schools are 9-6 in their first game back after at least a 10-day break, though three teams — Florida State, Virginia and Pitt — own six of those wins. The rest of the conference has generally struggled in bouncing back from the time off, especially over multiple games.

Louisville, currently in fifth in the ACC, missed 18 days in January and proceeded to lose to Wisconsin by 35 in their first game back, while North Carolina handed them a 45-point loss on Saturday after a 19-day break.

Clemson, who was 9-1 and looked like the top team in the conference, had the doors blown off by Virginia, losing by 35 points 11 days removed from the court. The Tigers proceeded to lose its next three games by an average of 24 points.

Though Georgia Tech, VT's Tuesday night opponent, won its first game back from an extended break, it lost five of its next seven games after having won seven of eight previously.

Boston College missed 21 days in January and lost to NC State by 16 in its return before losing its next two games.

Even Wake Forest, who was paused for an ACC-high 34 days from Nov. 27 to Dec. 31 and bounced back with a win against Catawba, proceeded to falter in conference play, losing its first six ACC games.

So, what's the key to success after being away from the court for so long?

Storm Murphy has his Eye on Helping the Hokies win a Conference Championship
Joe Lanza, 03/16/21
4 hours (13)