With two losses vs top-25 opponents, can Virginia Tech basketball make the right adjustments before the start of their hellish December? 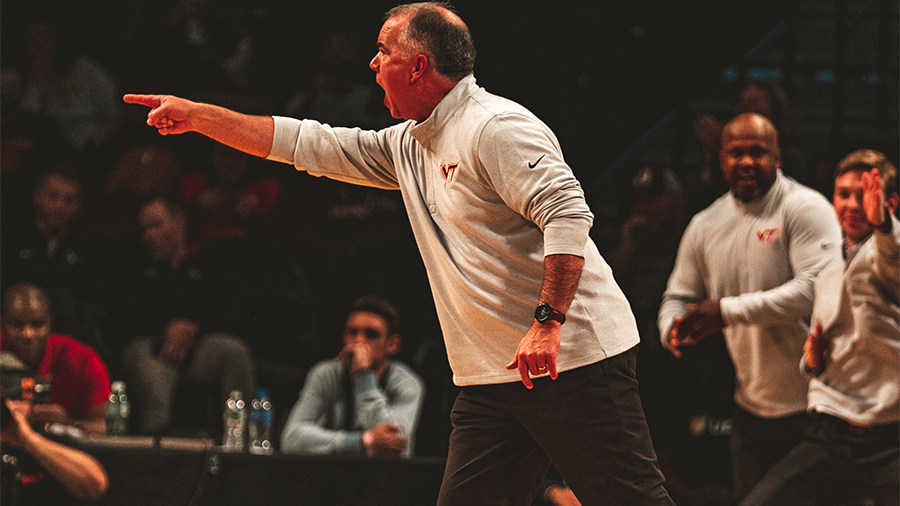 Coming into the NIT Season Tip-Off, the Virginia Tech men's basketball team had every reason to feel good. They were 5-0 after a slate of warm-up games, their defense suffocated overmatched opponents and their offense, sometimes after a slow start, showed a team with the ability to score from every level. The next step for the team to take was to prove it against a higher level of competition.

So the Hokies traveled to Brooklyn with a head full of steam, ready to show the country on national television that they deserved a little more recognition. Instead, they left with two losses, a bunch of problems to figure out and not a lot of time to do so.

Before we get into it, there's something important to remember — two losses against ranked teams in November is hardly the end of the world. The Hokies still have plenty of resume-building games on their schedule, and it's simply way too early to think about how individual games can make or break a tournament trip in March. But just because it's not the end of the world doesn't mean everything's fine, either. Both Memphis and Xavier exposed some pretty massive flaws that Mike Young's squad needs to get sorted. In fact, Young may have summed the trip to Brooklyn up best:

"We're not as good as we thought we were," the head Hokie said after the team's loss to Xavier. "We've got work to do."

Tech's game against the Tigers isn't great for the #discourse because a few different things were true at the same time. Memphis is longer, deeper, more athletic and more threatening defensively than anyone the Hokies will face this season. Penny Hardaway's team is legit, combining diaper dandy talent with a defense managed by one of the best basketball coaches in the history of the sport.

Memphis sped the Hokies up, turned every possession into a battle and used their length to harass every shot. The Tigers' defensive strategy was pretty simple: they wanted to bother Storm Murphy full-court at all times, wearing down Tech's lone ball handler. While grinding Murphy into a pulp, they also bumped, chipped and pushed their way through every piece of Hokie action off the ball and dared the referees to call it.