Climbing Back Up The Mountain

A poor start put the Hokies behind the eight ball, but that doesn't mean their NCAA Tournament dreams are dashed just yet. 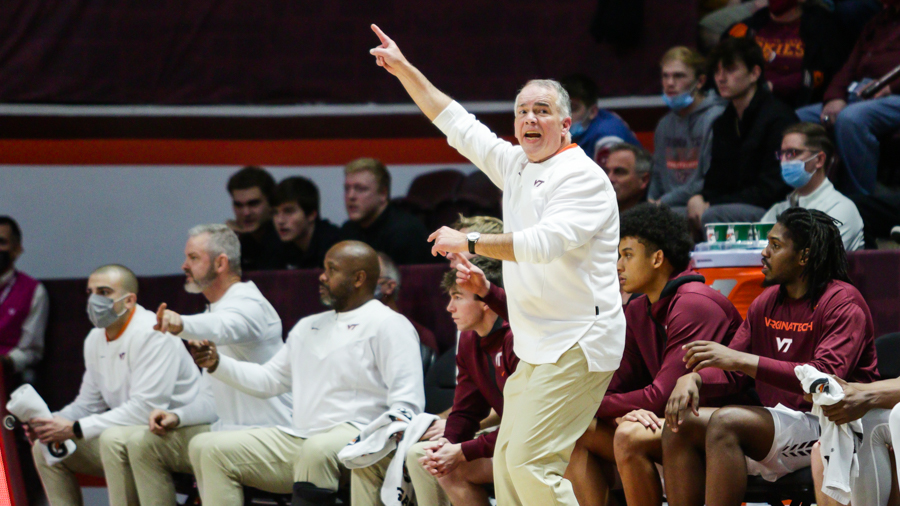 If you're reading this, and you went to Virginia Tech in the fall of 2009, there's a chance you saw me in what was possibly the biggest moment of panic in my entire life.

More specifically, if you happened to be on the drill field on a crisp, 2009 Tuesday morning at approximately 8:47am, and you remember witnessing a beleaguered freshman sprint past you — carrying his flip flops in one hand and a sword-sharp, number two pencil in the other — I can solve the mystery for you. That was me. And I was late for geology.

At the beginning of my freshman year, one of the only items I brought with me from my childhood bedroom was my alarm clock. I had gotten it in the mid-90s as a gift from my grandparents, and with AM/FM access and a tape player, it had it all. As an elementary schooler with a newfound ability to listen to the radio without parental supervision, it was a godsend.

I didn't have much attachment to it, but it worked, and I needed something to wake me up for my 8am geology class every Tuesday and Thursday. For the first few weeks, it worked like a charm. It beeped, I woke up, it was the kind of transactional relationship I needed.

So when I set the alarm extra early for my first-ever collegiate exam, I had no fear that it would do the job. (Okay, maybe a little fear. I checked the alarm roughly 12-and-a-half times before going to bed.) It was set. I knew it. The alarm clock knew it. We were going to wake up together just like we had the last 12 years.

Considering the beginning of this story, you've probably already gathered that it didn't. In my uncontrollable urge to fiddle with it to make sure the time was set, I accidentally switched the alarm method from "radio" to "tape." Remember this was 2009, there hadn't been a tape in that thing since I'd gotten a second hand copy of NSYNC's debut album in 1997. So when the alarm went off, the wheels turned and played nothing but air.

I woke up at 8:41, which, considering the person I was in college and the fact I didn't have an audible alarm, was somewhat of a miracle. I gently rolled over, checked the time and literally screamed. I grabbed a pencil, and didn't even stop to put my flip flops on until I got to the building. I studied! I was prepared! I knew how important this was in a class whose final grade consisted of just three exams! I was not going to let this setback tank my grade!

I showed up out of breath, took a 120 question exam in 25 minutes and got a 59. It crashed my geology grade, which ended up torpedoing my first semester's GPA.

Throughout the rest of my collegiate career, I couldn't quite step out of the shadow of the 2.8 I cobbled together in the fall of 2009. My grades steadily improved, I got As and Bs the rest of the way through — I know that sounds like a humble brag but I was a comm student so, you know, grain of salt. But by the time I graduated I had a solid but not spectacular 3.4. No complaints, but it was never indicative of my improved performance.

I've thought about my infamous geo-dash a lot recently, with it not-so-coincidentally popping into my brain during every Virginia Tech basketball game over the last month.