Without Hunter Cattoor, Virginia Tech’s poor wing play was exposed in its loss at Wake Forest. Breaking down what's gone wrong with filling the void. 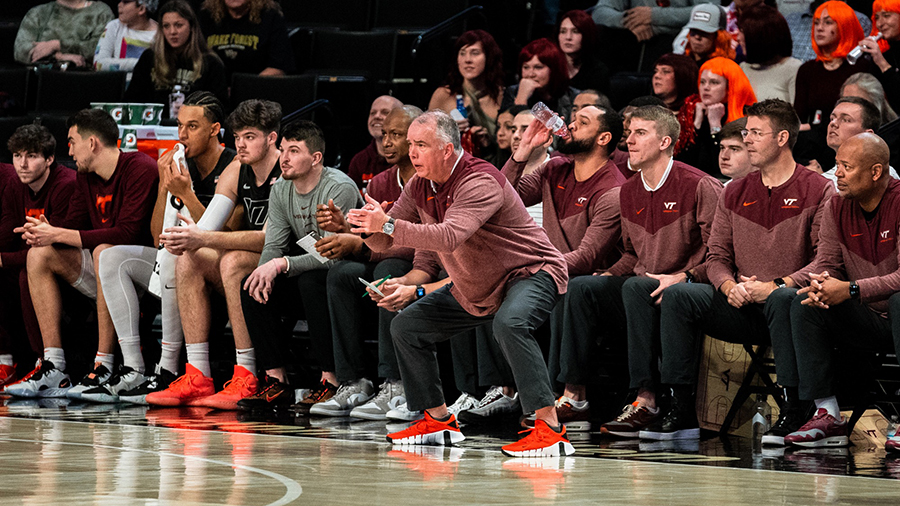 Virginia Tech needs Hunter Cattoor back as soon as possible.

The absence of the do-it-all shooting guard was highly evident in the Hokies' 77-75 loss to Wake Forest on Saturday afternoon. With Cattoor unavailable due to a forearm injury, Tech had a chilly shooting night from three, hitting only 6-of-21 attempts from long distance. Darius Maddox and MJ Collins once again struggled to produce offensively, combining for eight points on 3-of-10 shooting. More concerning was the defensive effort: Wake scored 109.7 points per 100 possessions, statistically the second-worst defensive showing by Tech in a game this season.

Cattoor's injury proves one thing: Virginia Tech has a wing problem. Maddox and Collins simply haven't produced at the level necessary to maximize the Hokies' offensive potential, nor are they doing other things that would help the team win. Collins deserves a pass because he's only a freshman. For Maddox — a third-year sophomore — I am less forgiving.

Today I discuss the reasons for Virginia Tech's poor wing play, and the ways in which missing Cattoor hampered the Hokies in their loss to the Demon Deacons.

All season long, Mike Young has praised Hunter Cattoor for doing the little things. His defensive footwork is impeccable; he's a fantastic cutter and screen-setter. He does things that don't show up in the box score, in addition to all the things that do.

With Cattoor out, Maddox's struggles were amplified. Purely from a statistical perspective, Maddox has not provided much value on the defensive end this season (he has the lowest defensive box plus-minus among Tech's regulars, concerning even as fickle as advanced defensive stats may be), nor does he do a great job rebounding: among qualified ACC wings, Maddox has the third-lowest defensive rebounding rate. Indeed, Cattoor rebounds the ball at almost double the rate of his counterpart, hence why Maddox ranks so poorly in defensive BPM — it's a box-score based stat, and Maddox isn't exactly stuffing the stat sheets.