Virginia Tech, mired in a four-game losing streak, will get a big boost from the addition of Rodney Rice. A look at how Rice will improve the Hokies' disoriented offense, and why Tech's NCAA hopes are far from finished. 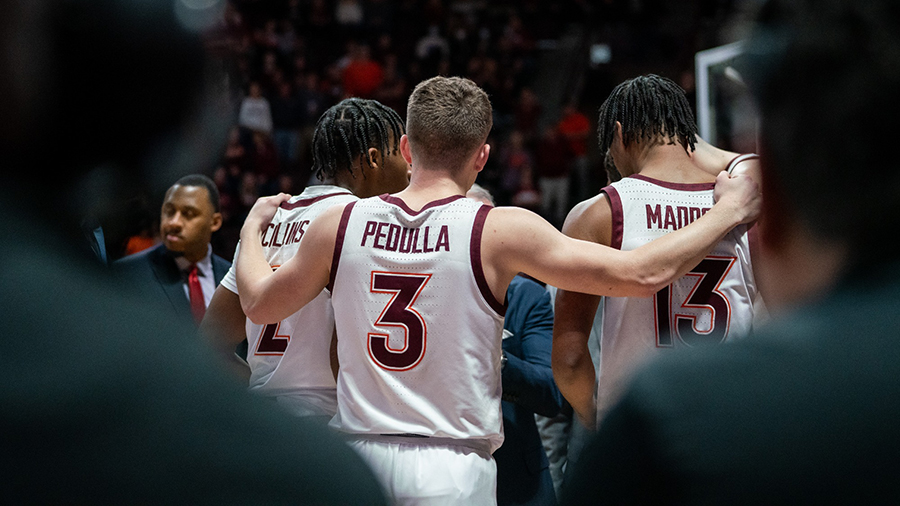 At long last: reinforcements have arrived.

Virginia Tech is set to see Rodney Rice debut against Syracuse tonight. The former top-100 prospect out of DeMatha Catholic will provide major assistance to a Hokies team that desperately needs help at the guard position.

#Hokies coach Mike Young said freshman Rodney Rice will make his debut against Syracuse: "We've been given the go ahead. Expect him to play on Wednesday"— Mike Barber (@RTD_MikeBarber) January 9, 2023

The timing is welcome. Virginia Tech has lost four games in a row, the latest setback a 73-69 loss to NC State on Saturday night in front of a lively crowd in Cassell Coliseum. The offense is sputtering — three of Tech's four worst offensive outings have come without star guard Hunter Cattoor — and the defense has regressed in equal measure.

But Rice's addition adds a new dimension to Tech's offense (if not immediately, then eventually) and will lessen the strain on the Hokies' beleaguered guards. Today, I'll discuss further the reasons behind Tech's lackluster offense, how Rice's addition helps, and why Virginia Tech is in a better position to make the NCAA Tournament than some might think.

If you are a baseball fan, you might be familiar with a stat called Wins Above Replacement (WAR), which estimates how many wins a player contributes to his team relative to a minor-league level "replacement" player. In college basketball, there are similar metrics that can measure how many points per possession a player contributes above average. But the difficulty in measuring that is the "above average" part — who exactly is replacing the player?