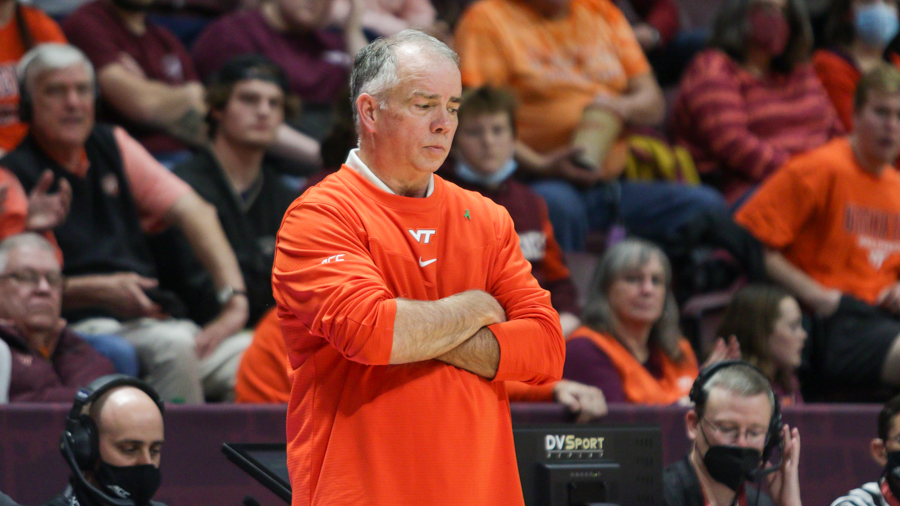 Believe it or not, this year's Virginia Tech men's basketball team really is the second most talented group we've seen in Blacksburg in the last 10 years. They're not quite the 2019 Sweet 16 team, but they're close.

Or at least, they were for the first six weeks of the season.

Things are now ... how do you say it ... shitty? Yeah, that's the word. Things are really, really bad right now. The Hokies have dropped five straight, sit near the basement of the ACC and have turned what was once a very promising NCAA Tournament resume into yet another season politicking on the bubble.

I'm not going to get into what's wrong, other than they're not playing well. Sean Pedulla looks gassed. He's 9-37 from three during the losing streak, including a ghastly 2-11 in last night's loss to Syracuse. Darius Maddox looks completely unconfident. Grant Basile can't stay out of foul trouble, and when he does he hadn't been particularly effective before meeting the Orange.

They just look...lost. Mojo-less. A team really going through it, trying to figure out if they can rally through adversity.

It's easy now to assume the season is lost, because we're fans and we're far too emotional. But there's still a ton of basketball to play. So I thought it would be good to break down the rest of the conference as it comes to Tech's schedule, seeing where they should find wins and how much damage control they need to accomplish over the next two months.

They're bad, and you should feel bad for losing to them.

The Cardinals are so bad that losing to them in the second-to-last game of the regular season would be the most disappointing thing the Hokies could do in 2023 — and that includes missing the NCAA Tournament altogether.

There are only three teams in the ACC who have a negative net rating (your estimated point differential per 100 possessions). Boston College is at -4 NR, Florida State is at -8 and then finally there's Louisville...AT MINUS 17.4. It's not like they don't have top tier talent. El Ellis was the top junior college recruit in the country in 2021, Brandon Huntley-Hatfield was a 5-star, top-25 recruit who transferred in from Tennessee and Kamari Lands and Devin Ree are both high-four star freshman.